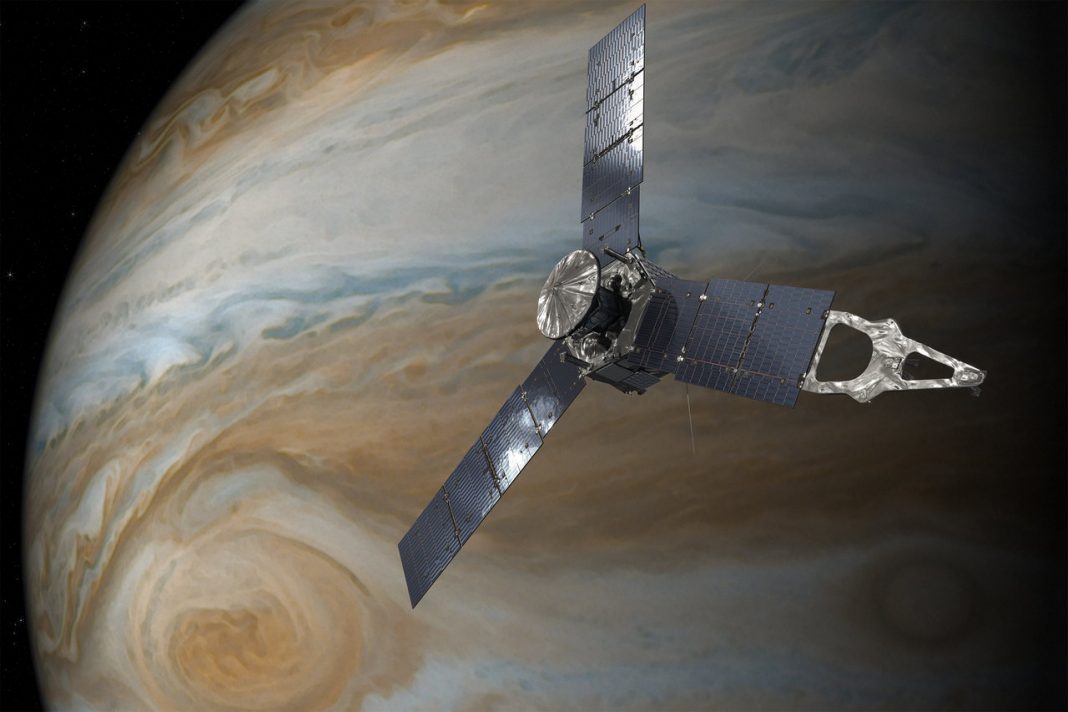 For those of who you have come across the words ‘Juno’ and ‘Jupiter’ today, here is a simple description of a historic day for science.

Juno is a spacecraft built by NASA to ‘visit’ Jupiter and provide data about the planet and its environment. Not a big deal seeing that we have already landed on the Moon, Mars, and even on a comet, right?

As much as the information NASA had to work with on Juno, there were still many that they did not know and had to anticipate the potential dangers the spacecraft had to face before entering Jupiter’s orbit.

“It’s spinning around so fast that its gravity is like a giant slingshot slinging rocks and dust, electrons and whole comets. Anything that gets close to it becomes its weapon.” – NASA Juno Science Team

Juno weighs almost 8000 pounds and has solar panels up to 9 meters in length. The plan is for Juno to orbit Jupiter 36 times to get all the information it can gather. While initially Juno was filled with 1,232 kg of fuel, its entrance into Jupiter’s orbit has used up most of the fuel, leaving it with only 447 kg of fuel for the 36 orbits.

“The scariest thing to me about Juno are the unknowns. So much about the environment that it will have to withstand is unknown. Nothings really certain about what’s going to happen.” – NASA Juno Science Team

It took Juno nearly 5 years (at the rate of 250,000 kilometers per hour) to reach Jupiter’s orbit and after transmitting data back to NASA, it will de-orbit and crash in Jupiter in 2018.

Check out the trailer for Juno’s Jupiter mission to put things more into perspective:

Also check out Juno’s feed as it approaches Jupiter:

Here are the top Midwestern states and cities for startups