Home Lifestyle Pokémon Go and catch them all! 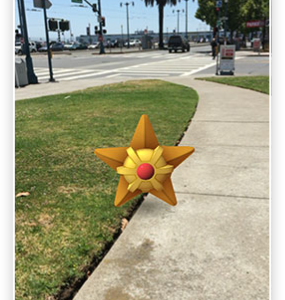 Unless you have been completely cut off from the internet, you could not have missed Pokémon Go and the waves it is making all over the world.

For people who grew up watching Pokémon (myself included), Pokémon Go is a lovely blast of the past and has gotten all of us more excited than the current generation.

So what is Pokémon Go?

Pokémon Go is an augmented reality mobile game that makes you move around rather than sitting at one place. For people unfamiliar with Pokémon, Pokémon are characters with special powers that you have to ‘catch’ and have them in your kitty. You can ‘catch’ a Pokémon with a Pokéball and the person who catches all the Pokémon in the world becomes the ultimate Pokémon master.

So, how does it work?

Pokémon Go works with your phone’s GPS and you can only play the game if you get up and move to different places. For example, a few Pokémon might be available to ‘catch’ at your local grocery store or a local landmark. To ‘catch’ these Pokémon, you need to physically walk to the place and figure out where they are and catch it. How do you figure out where they are? This is where your phone’s camera comes in handy. The mapping behind Pokémon Go is extensive and it uses Google Maps as its base. So, no matter where you are in the world, you will see Pokémon all around you and they will be ready to catch. But, you need to get up and move.

How do I get Pokémon Go?

Well, the game is only released in the USA, New Zealand, and Australia. There are many ways in which you can get the game for your Android or iPhone but it is better you wait for the official release to avoid any problems.

Why is it so famous?

Well, for starters, it is a huge flashback for people from the late 90s who grew up watching the show. And it is the first augmented reality game that has gathered so much attention and fame from all over the world. An augmented reality game is where you have to go to certain places to complete a few missions and go further in the game. It is the future of gaming because with the bad name that the gaming industry has about people being lazy in one place, these type of games will make you move.

For people who have no clue about Pokémon Go, download the game and move around a bit. I guarantee that it will soon be a fun activity for the entire family.

SongTrust has inked deals with over 150,000 songwriters for royalties management

TiVo CEO leaves to join Liberty Global as CTO after less than a year...

IT and tech firm UST Global raises $250M from Temasek at a valuation of...