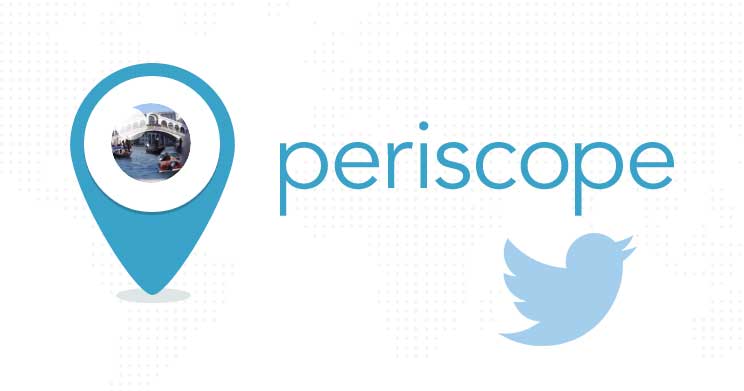 Twitter is expanding towards providing more room to the advertisers in showcasing their brands by expanding pre-roll ads to Periscope videos. Pre-roll ads generally come just before the video starts. An announcement of the introduction came just two days after the second birthday of Periscope app.

Usually, ads appear in pre-roll format in twitter videos. Pre-roll on periscope is the latest addition. Periscope is integrated with twitter and allows users to stream live videos on twitter platform. Popularity of live streaming on Periscope is quite high on twitter. It gives users the opportunity to go live and surely, it is an exciting happening for viewers to watch any event in real time. Now advertisers can give pre-roll ads on a periscope live streaming videos on twitter.

Many live streaming video apps are present in the market but Facebook live and Periscope are leading the pack at this moment. Nowadays, going live is quite an in-thing for social networkers.

Facebook live has gained quite a popularity and people are exploiting it in various ways to connect with people. It is also a great method to build new relationships. From common men to celebrities, from business persons to sports persons, people from any social background are using it in their own unique style. The rise of using live streaming for commercial purposes is also quite in vogue.

Twitter authority cleverly grabs this opportunity and tries to elevate profits by introducing new windows for the advertisers. The number of followers you have on twitter is a deciding factor whether an advertiser would select your videos or not for displaying his ad.

However, the pre-roll will apply only to custom Amplify Campaigns. It will be part of a holistic advertising program where advertisers and publishers will be matched. Now the advertisers can control where to display their brands. Twitter is offering this opportunity only to its Amplifying partners. Currently, they have 300 Amplify partners spread across 25 countries.

The top broadcasters of Periscope are apprehensive about this new addition. They are looking forward to see how the viewers are interacting to it.

In their opinion, unrelated ads appearing before live streams may give rise to unpleasant reactions from the viewers. Unrelated ads are most likely to be counted as irrelevant to the users and it may reduce the amount of viewership.

According to Matthew Derella, Twitter’s VP of Global Revenue and Operations, Twitter is seeing good potential in the smart blending of brands and live.

On the other hand, Alex Pettitt, a popular broadcaster of Periscope, thinks that the broadcasters must have the opportunity to switch off ads for live and replay videos. Controlling over certain type of ads, which broadcasters do not want to appear with their content is something they are looking forward to. This way twitter’s latest move can receive positive feedback from the broadcasters as well as viewers.

Broadcasters love the integration of Twitter and Periscope and swear by its power of fueling chat. They do not want this heavenly match to receive negative feedbacks from twitteretti. Twitter is a great platform with immense power of creating impact.

Impact of Mail Retargeting on the Customer Journey

Are algorithms hacking our thoughts?

Silicon Valley companies are undermining the impact of artificial intelligence

the banking platform that consolidates your cards into one