Home Phones Is Galaxy S8 Facial Recognition fool-proof? It can be fooled 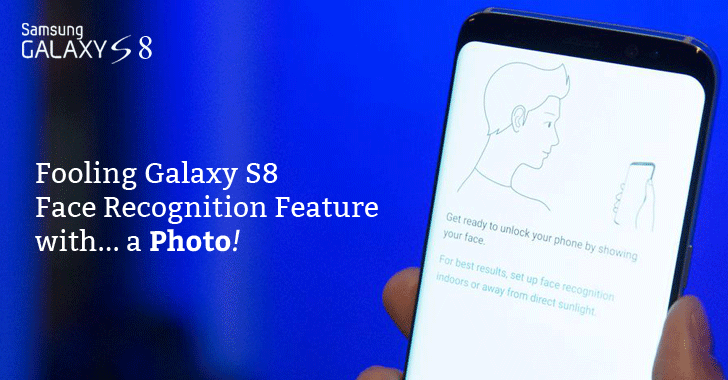 As per the company statements, the face recognition technology recognizes patterns by using a huge amount of data, which is able to identify even a small difference in facial features. But it has been reported that the facial recognition can easily be tricked with a photo of the user. Industry sources stated that this feature should not be considered as a full-proof security measure because Galaxy S8 and S8+ can be unlocked by the face of a sleeping person also.

A YouTube video posted by iDeviceHelp via @marcianophone has shown that the face recognition feature can be bypassed by using a photo of the device owner. The video shows that the owner takes a few tries to move to the home screen from the lock screen. In this video, the owner clicks a selfie with another phone and points it at the Galaxy S8, which is secured with face recognition option. Amazingly, the selfie successfully unlocks the Galaxy S8. The video also reveals that the trick can be repeated easily.

Previously, back in 2011, Google introduced Face Unlock feature to Android 4.0, which had the same flaw. To overcome the flaw, Liveness Check (Android 4.1) was added with Google Face Unlock. This Liveness Check required the user to blink. This was also fooled with some tricks. Samsung should have taken some lessons to avoid the same mistake.

The South Korean Company claims-‘ The biometric security features have been vulnerable earlier but Samsung has brought face recognition technology and iris scanner to the next level for furnishing an enhanced security system.’ This YouTube video is openly challenging the assertion made by this Korean technology giant.

It is clear that the face recognition is not going to be the best security feature to protect your Galaxy S8 or S8+. However, there are other biometric security options available that you can use to lock your device. This flaw is also pointing out the fact that utilizing the traditional fingerprint sensor or PIN code to unlock the device is still the best way to secure the smartphones.

For Galaxy Note7 debacle on user safety issues, Samsung has already received legion of criticisms. Therefore, they would not want the new S series to come at doubt. Hope, Samsung will provide developed software updates to improve facial recognition.

Amazon is bringing Alexa and Echo to France this month

Steps to Build Your Brand Within Your Budget