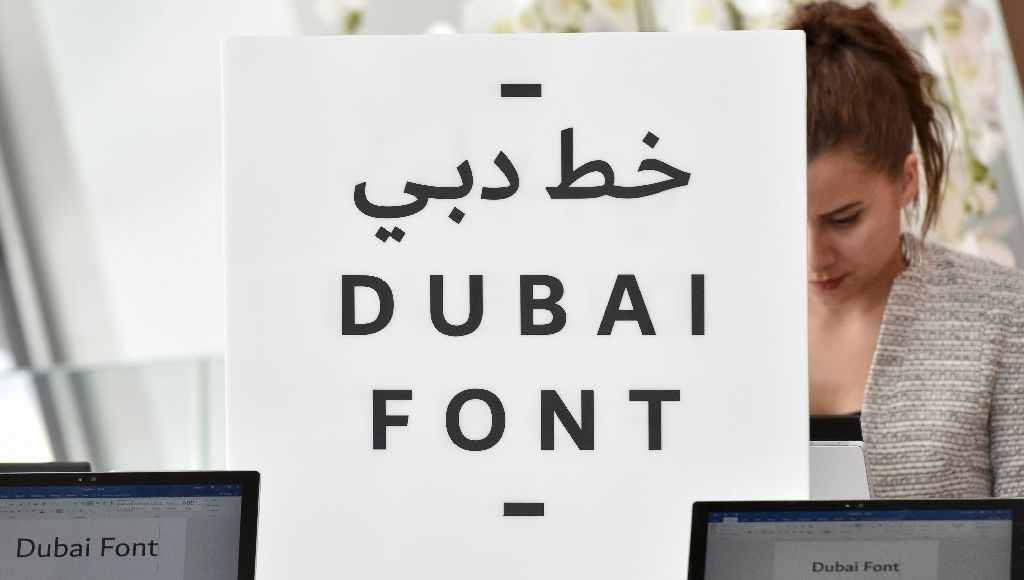 The Dubai government took up to the notice, to officially break the news of launching ‘Dubai Font’, the very first typeface created by Microsoft for a city on Sunday.

Dubai Crown Prince Hamdan bin Mohammed al-Maktoum has urged all government institutions to practice the font in official correspondence. There are some reasons to why the launch holds significance to the city and users.

First City to Get an Official Font

Crown Prince of Dubai clearly declared that government agencies should use the new font in all future correspondence. “The launch of the Dubai Font to the world is a very important step for us as part of our continuous efforts to be ranked first in the digital world,” said Sheikh Hamdan Bin Mohammed.

The font was initially created simultaneously in two scripts; Latin and Arabic, which will be accessible to 100 million users. The project come to release in a partnership with Microsoft which is now available to Microsoft Office 365 users and the users will have access to 23 languages around the world.

In a tweet, Hamdan Bin Mohammed said, “#DubaiFont is a unique project that reflects heritage & culture of UAE and reaches out to the whole world #ExpressYou”. It is considered as a unique project which interprets the culture and heritage of United Arab Emirates.

The Executive Council of Dubai, managing all the affairs of the city-state and is charged by Prince Hamdan, said the font reflects the United Arab Emirates’ vision “to become a regional and global leader in innovation”.

Holding the finest and largest shopping mall, Dubai has come far to broaden its image by focusing on technology and its culture, which has been light up vastly in these few years. “We are confident that this new font and its unique specifications will prove popular online and in smart technologies across the world.” said Sheikh Hamdan.

Tool for a tolerant and Happy World

“The debut of this font is a great example of successful collaborations between the public and private sectors to encourage reading and adopt more technical solutions to serve the communities,” Mr Abu Ltaif said. What more of an ease with writing and font texture, users can possibly ask for with this newly introduced initiative. The font specifically fills a design gap between Arabic and Latin texts and presents harmonious typefaces combining the two.

Dr Chahine, type director at Monotype spoke of why this font was essential for the city, “The openness and harmony of the people in the UAE, the essence of Dubai and its vision to become the quintessential modern Arab city were our source of inspiration to design the Dubai Font.” Further stating, “The challenge wasn’t to create a quality font but to create a new and a special medium of expression to unleash ambitions and transcend borders.”

7 much scarier questions for Zuckerberg