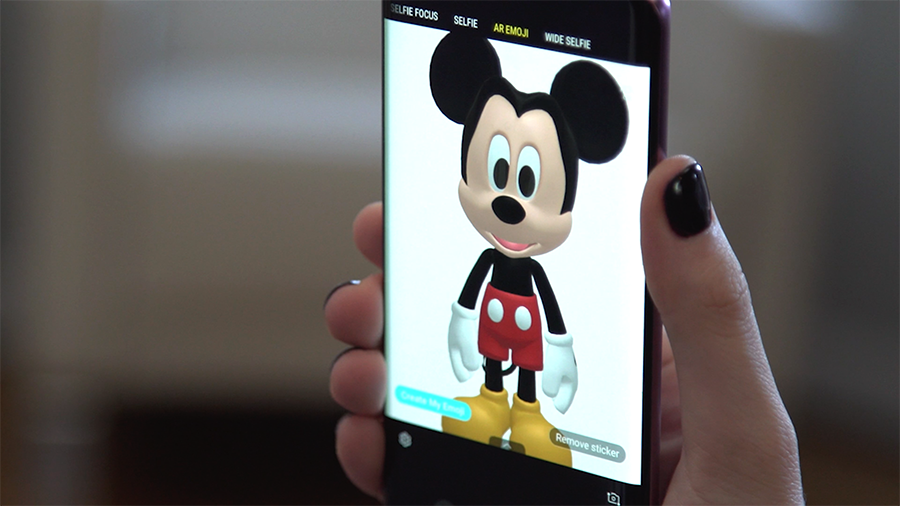 I wasn’t alone in suggesting that Samsung’s Animoji competitors were, well, creepy. AR Emojis sit firmly in the uncanny valley between face scans and cartoon characters — generally lacking the adorableness of Apple’s offering. They have, however, had one saving grace: Disney, the entertainment company that essentially owns all of your best childhood memories.

Samsung teased the partnership this month at Mobile World Congress, during the big Galaxy S9 launch, but didn’t offer much in the way of specifics. There is, however, some good news on the front. Disney’s AR Emojis will be available at launch for the S9 and S9+ — which, as it so happens, is today. Right now, only Mickey and Minnie are available, accessible to phone buyers as a free download.  More character offerings from such blockbuster films as The Incredibles, Zootopia and Frozen will be made available before the end of the year.

The decision to go with Samsung is no doubt a sore spot for Apple, which has had a tight partnership with Disney for decades, including numerous product crossovers and shared board members. But the entertainment giant is no doubt looking to spread the love. The company also recently licensed Star Wars characters for some very Porg-y Pixel 2 AR stickers.

“By extending our characters and stories to new digital platforms,” Disney VP John Love said in a release tied to the announcement, “we are creating daily Disney experiences everywhere our audience goes, and we are able to draw in new generations of fans.”

The S9 hits the market today, priced starting at $720.