Some YouTube users on the web have been opted in to a test of a new picture-in-picture mode, which allows you to continue watching a YouTube video in a small window even as you navigate elsewhere on YouTube’s website. A similar feature already exists today on YouTube’s app for both iOS and Android.

The site 9to5Google was the first to spot the feature in testing, nothing that the video will continue playing in the bottom right of the screen you click elsewhere on the YouTube site. The minimized player also includes controls like play/pause, repeat and watch next, as well as a button for accessing playlists. The name of the video and channel are displayed, too.

There was some speculation that the feature was only appearing for YouTube Red subscribers, but that doesn’t appear to be the case – some users without YouTube’s subscription service have also been added to the test group. It’s unclear at this time how many people are seeing this picture-in-picture mode, but the test is not limited to the U.S., according to reports. 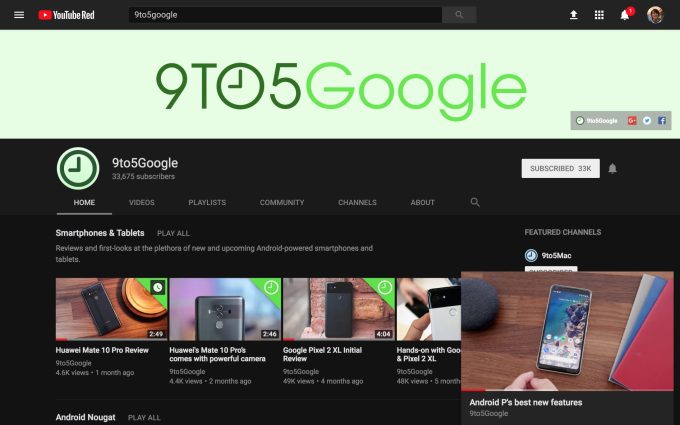 It’s common for YouTube to try out new features on a smaller scale, before rolling them out to a wider audience. For example, YouTube tested its dark theme for its mobile app before launching it publicly earlier this month. Presumably, picture-in-picture will become more broadly available in time, as well.

At some point, however, users will come to expect a picture-in-picture mode across any streaming service, on web or mobile. And with YouTube’s continued investment in original programming and a new premium music service, it needs to offer a feature set that’s at least on par with rivals.

Top 5 Must Have Gadgets for College Students