Some of the biggest names in music, movies and social media are plotting an Instagram takeover in support of Saturday’s #MarchForOurLives.

Protect kids, not guns! Use your voice, share this picture and march in your city on Saturday, March 24th. #IWillMarch #MarchForOurLives 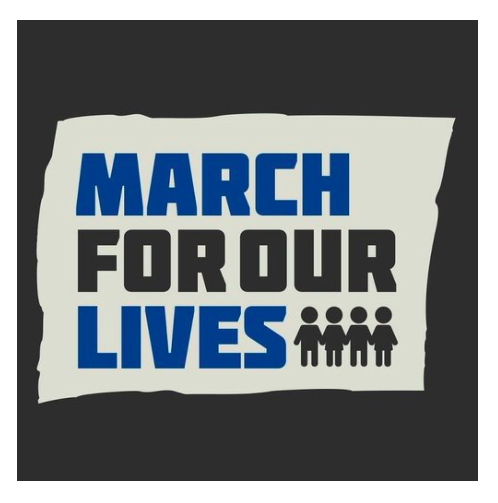 Marches are taking place across the world. As of publication there are 831 March For Our Lives events and interested attendees can register to attend marches here: marchforourlives.com/events

The initiative, called SPARK THE MARCH is an attempt by a community of entertainers — brought together under the banner of the Venice Beach, California-based social media hub, Winston House — to mobilize in support of the audiences that have supported them.

“Our mission is to help spread their message to as many people as possible through a mass social media campaign on an important date, March 23rd, the day before the march on the capital,” reads a message on the campaign’s website. 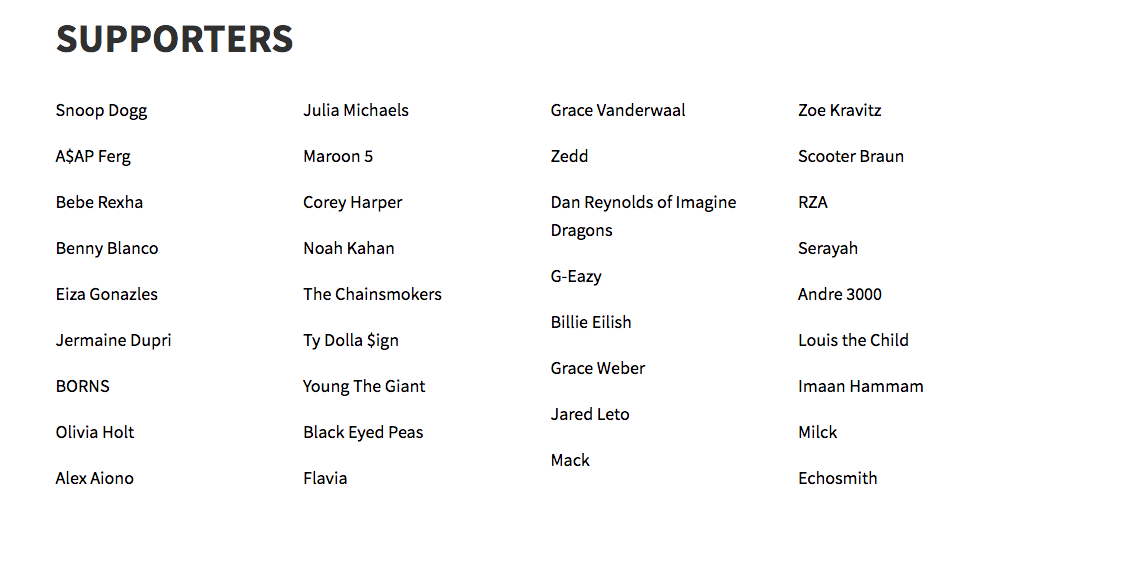 “Athletes and entertainers are not ‘sub-Americans’ that have no opinion on things that affect all our lives. When a shooting happens in a school or some tragedy takes place, we are all affected. We are humans first.” wrote the 29-year-old Darold D. Brown Ferguson, Jr. — better known as A$AP Ferg — in an email. “I want to lend my voice to amplify the other voices that share my opinion. I have a platform and I will use it.”

The Harlem-born rapper views social media as the perfect platform to support the movement and Winston House as a perfect vehicle to drum up support. “Social Media needs to be used for good, not just fun. It’s just like my music, I make fun party songs but sometimes I sprinkle in a social message. I loved this idea the minutes my guys at Winston House called me,” he wrote.

Behind the scenes, the SPARKTHEMARCH initiative relied on Winston House founder, Corey McGuire and Universal Music Publishing chief Evan Lamberg to muster the musicians and influencers joining the call to action (which is open to anyone).

“I think in my truth a lot of this is to build with [Winston House]. They brought the idea to my attention. Corey showed me the video of kids speaking. I’m inspired by the movement and how I can help. I think it’s a great cause and it’s a powerful thing to get involved in,” wrote Shameik Moore in an email. “I want to touch people with my work, I want to make a difference. My music and acting is one way to do that, this is another important way.”

For McGuire, the message is as personally relevant as it is universally compelling.

“There was a shooting on my college campus in 2014. I had already graduated, but my sister and many friends were there. I know the sickening feeling of frantically calling and texting to see if my loved ones are OK. It’s heartbreaking to think of every young life cut short and every family member/friend who was never able to reach their loved one,” McGuire wrote in an email.

Watching the mobilization of students around the country in a grassroots movement fostered by their peers in response to the February 14 mass shooting at Stoneman Douglas High School in Parkland, Fla., McGuire felt that the entertainment community could unite to amplify the students’ own message.

As a vehicle for mobilization, there are few better than the creative living, working and performance space that is Winston House. Built by McGuire and a host of supporters to be a hub for creative expression and live music in Venice Beach, the house has grown into a movement of its own supporting up and coming talent across the broad terrain of current popular culture.

“It’s a no brainer that our schools should be a safe place and it’s heart breaking that they aren’t. It’s a no brainer to throw our collective resources and network behind supporting this important movement,” McGuire wrote. “The children are leaders of the MARCH FOR OUR LIVES movement. On March 24, they will take to the streets of Washington DC to demand that their lives and safety become a priority and that we end gun violence and mass shootings in our schools today….Their bravery and persistence in speaking up has caused an important narrative shift in the gun-control conversation away from politics and towards people. All of a sudden there is hope and progress being made. I feel a little bit less helpless.”