Microsoft today launched two new courses in its online education program for developers: an entry-level software development class and an AI course for more advanced developers who want to expand their knowledge of machine learning.

It’s no secret that there aren’t enough data scientists and machine learning developers available to fulfill the current demand. It’s no surprise, then, that a number of large companies have started to teach the fundamentals of these disciplines to their existing employees; starting today, anybody can take the AI courses that Microsoft first developed for its own employees.

The Microsoft Professional Program for Artificial Intelligence is available for free on edX.org, though you can also opt to pay for a certificate. Each course runs three months and starts at the beginning of the quarter. Unsurprisingly, there’s a bit of a focus on Azure and Microsoft’s Cognitive Services here (and you need an Azure account), but otherwise the course is agnostic to the operating system you run. 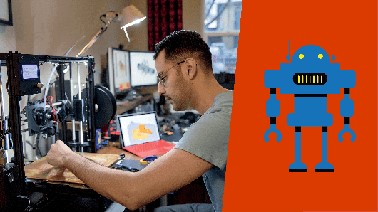 The overall program consists of 10 courses that range from introductions to AI and Python for data science to a class on ethics for AI developers and lots of hands-on work with training models. Most of the 10 required courses should take about eight to 16 hours to complete.

In addition to the AI class, Microsoft also today announced a similar program for entry-level software developers. This edX-based program consists of 13 courses that teach students the basics of software development, with a focus on Python and JavaScript. What’s maybe more important than just teaching those languages, though, is that the course also looks at basics like data structures and how to use GitHub and other tools to write code professionally.

These two new courses join a growing number of similar programs in Microsoft’s so-called “Professional Program” (why they don’t just call it the Microsoft Academy is beyond me, but I’m not a marketer…). These existing courses range from front-end development classes to a program for cloud admins and a course for IT support professionals.

A literal Russian troll is lurking at the Zuckerberg hearing