Duolingo today launched one of its biggest updates in recent years. The company is introducing a range of new exercise types, as well as a new leveling system that lets you choose between delving deeper into specific skills or learning new content.

When you are building a popular language learning service like Duolingo, you’re inevitably confronted with a problem: Some of your users are really serious about learning a new language and some are just casual users. Finding a balance is hard, even as you try to personalize the experience for every user. But as you add harder content, user engagement goes down and learners drop off. 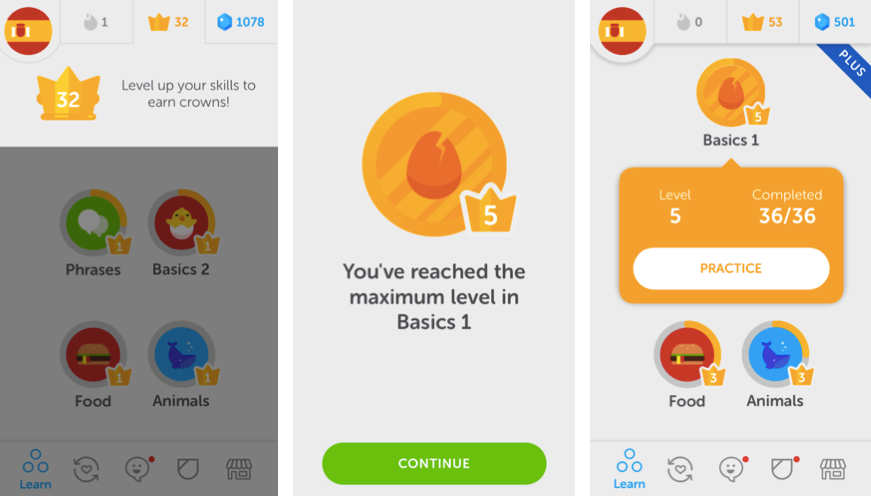 To counter this, Duolingo is now launching “Crown Levels.” These new levels are part of a redesigned skills tree that gives users a choice between delving into harder content about a specific skill — or moving on to new skills.

The company quietly announced this feature earlier this year and after A/B testing it, decided to launch it to a wider audience now. “Whenever we tried to add harder content in order to teach better, our engagement metrics would go down. Learners would get discouraged and leave the app,” the team explained at the time. “This made it really hard to make any progress on our goal to not just be a fun learning app, but an effective one that really taught you a language well.”

The new tree now allows casual learners to move through the Duolingo skills tree just like before, while advanced learners can dig deeper into the new skills they just learned. Ideally, this means that everybody should be happy now and learn better.

With this update, Duolingo is also introducing a number of new exercise types that focus on listening and pronunciation. Among those is a new set of phonetics exercises around pronouncing specific sounds, as well as a new exercise type that asks you to tap words as you listen to them. Another new exercise focuses less on specific words but instead tests your listening comprehension.

Legoland Dubai! Are you as excited as we are?