Rough week to be in Twitter support. Three days after the site experienced downtime across the globe, the site was hit by another outage. Status.io’s service site is currently listing an “active incident,” leaving many users unable to tweet. In other cases, the site isn’t loading at all, instead serving up internal server errors or messages stating that the service is “over capacity.”

Here in the States, at least, the issue doesn’t appear to be quite as widespread as Tuesday’s incident. We’ve reached out to Twitter for comment and will update as soon as we hear more.

Update: Twitter says it’s resolved the momentary outage, telling TechCrunch in a statement, “Earlier today, people were unable to send Tweets for about 30 minutes. We’ve resolved the internal issue and we’re sorry for the disruption.” 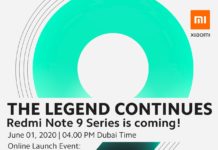 Avengers: Infinity War will be the longest MCU movie to date

Twitter buys a startup to battle harassment, e-cigs are booming, and a meditation app...

PLAYGO BH-70 makes it easy to work, play and chill with...