Home Computers How I invest in startups 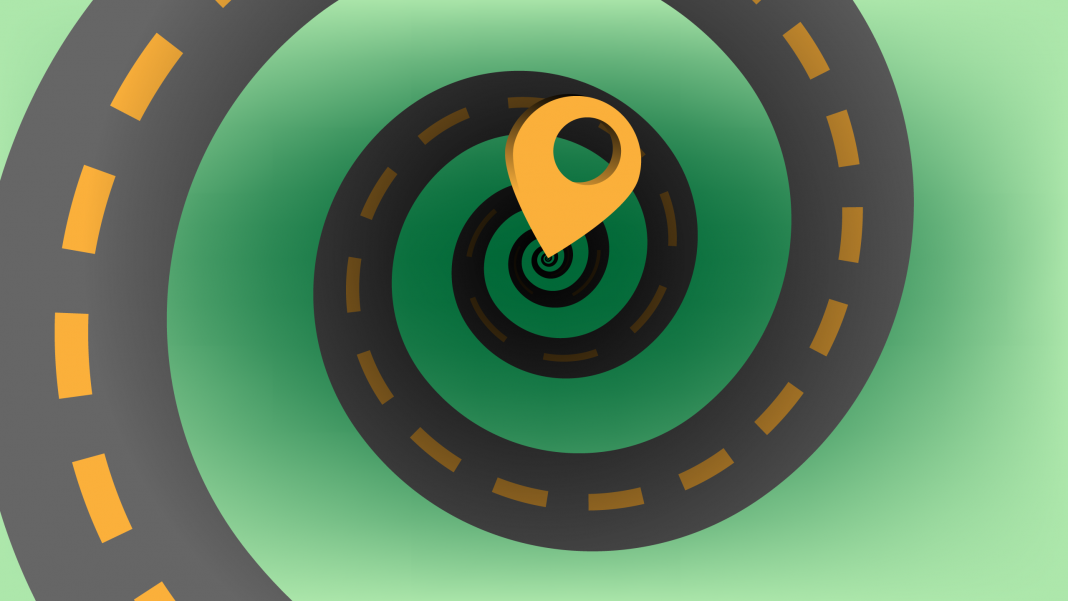 Ashton Kutcher is an actor and investor. He is the co-founder of Sound Ventures.

A lot of people ask me how I choose to invest in startups.

Focusing on this simple goal of identifying and enabling amazing entrepreneurs to create a better tomorrow is the crux of my investment strategy.

A lot of venture funds try to optimize for returns.

They run complex ratio economic models to determine what their diluted value will be at the end of the life cycle of the optimal and non-optimal case of every given company.

I don’t do that. I just try to fund the best and brightest.

I love working with the smartest and brightest people in the world on some of the hardest challenges. And oftentimes I make a return as a result of that.

I weigh investments based on two vectors:

The primary litmus I put on any investment is on behalf of my LPs. Will the capital have a potential of 6-10x returns in 5, 8, 10 years? If not, it’s not going to be worth our time and money.

But it’s not the only factor.

If we’re happy doing the work that we’re doing on behalf of this company and relatively confident that we can return for our LPs, it’s an investment worth making.

It seems counterintuitive, but it actually works — our first fund is showing 8-9x returns.

A lot of companies might not have 100x return, but they have 5-6x return and they’ve solved an important problem. By measuring both the financial return of the investment and the happiness of being a part of that journey, I can holistically gauge the net outcome. 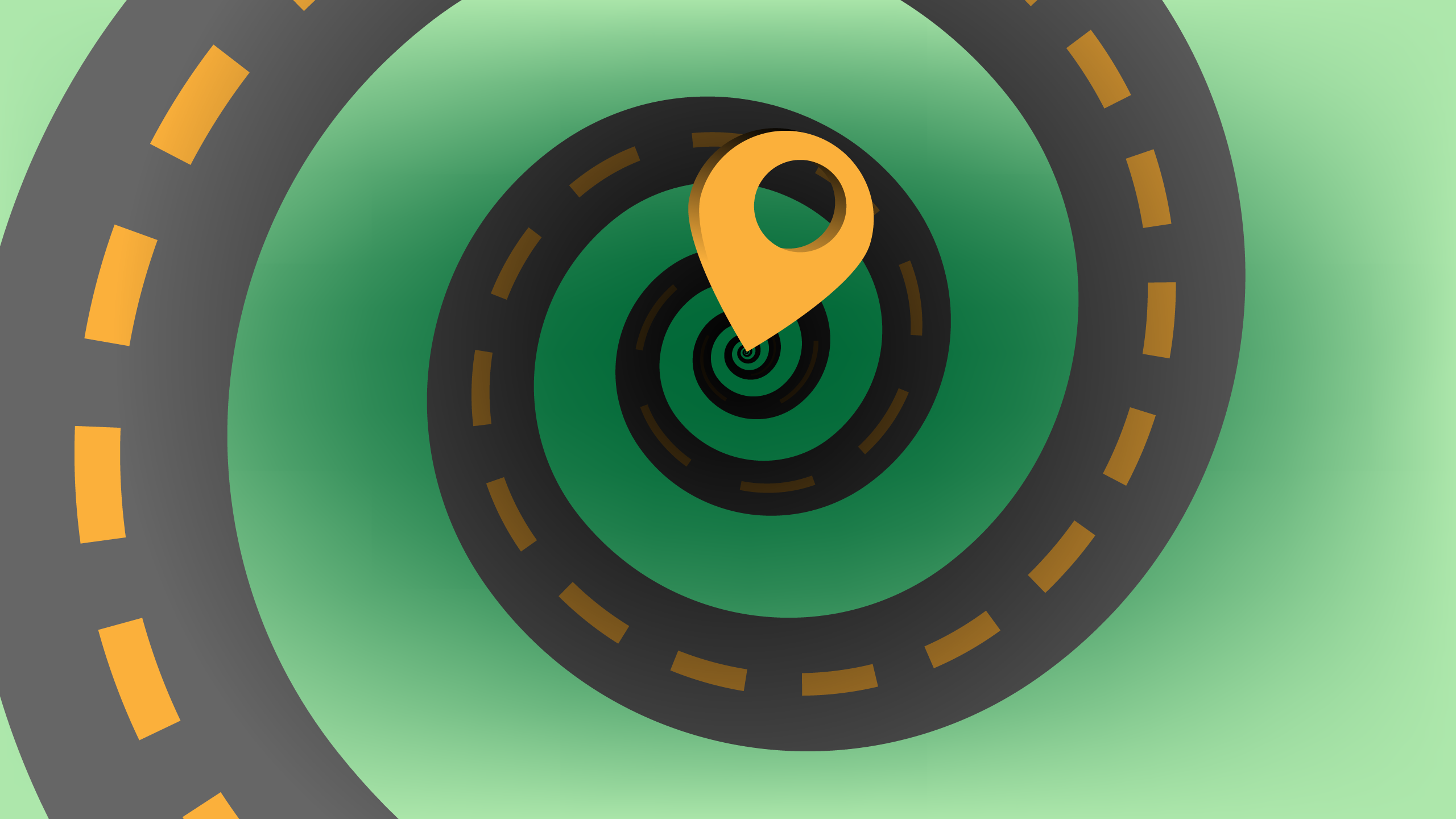 Know what you don’t know

It’s really easy to box yourself out of really great companies by having mathematical guard rails that don’t necessarily hold up over time.

At the time of investment, it can be difficult to anticipate the future products that end up being the largest revenue drivers.

If you had the insight to know that the value that they were returning to customers was great enough that eventually they would find a way to monetize it, you would have invested in Facebook.

But if you’re operating on a purely mathematical model, you might not have been able to do that.

I remember sitting down with one of my mentors around eight years ago.

I had a mix of ones, fives and sevens; whether I thought they were going up or down the list on both sides. 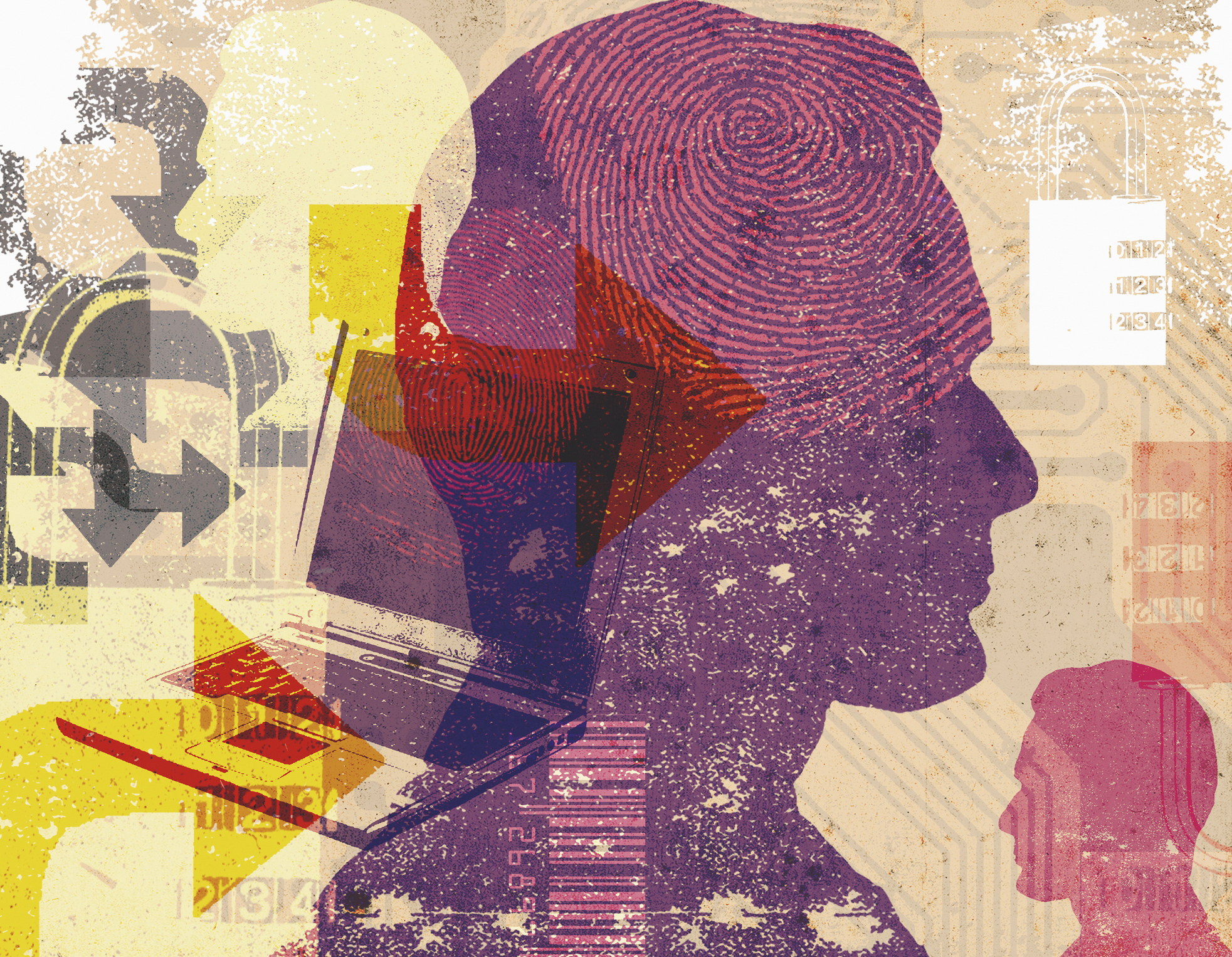 What I look for in founders

When I make an investment in a startup company, I plan on the likelihood that I’ll end up working with that person for five to ten years.

I don’t have a magic formula, but there are four important factors that must all check out for me to invest in a founder.

The best founders have some unique insight in the domain where they’re building a company that gives them some edge. I often find that it’s one of three factors:

There’s usually some initial edge that is really clear and that gives you confidence that they have absolute domain expertise for whatever problem they’re trying to solve.

I’ve never heard a single story of someone building a company where everything went the way they thought it was going to go.

And when things don’t go the way that you think that they’re going to go, will you have the capacity and the willingness, and the perseverance to sort of go through it?

This one is difficult to assess, and I generally go by gut instinct on meeting with the founder.

Is whatever they’re building someway connected to a greater purpose in which they’re personally invested?

Whatever they’re building has some resonance relative to who they are, how they are, and what they believe — because belief systems don’t go away when you get into trouble or come across a difficult challenge.

There’s a level of charisma that many great founders have, especially if they want to be the CEO of their company.

Recruiting is the hardest thing that any CEO has to do. 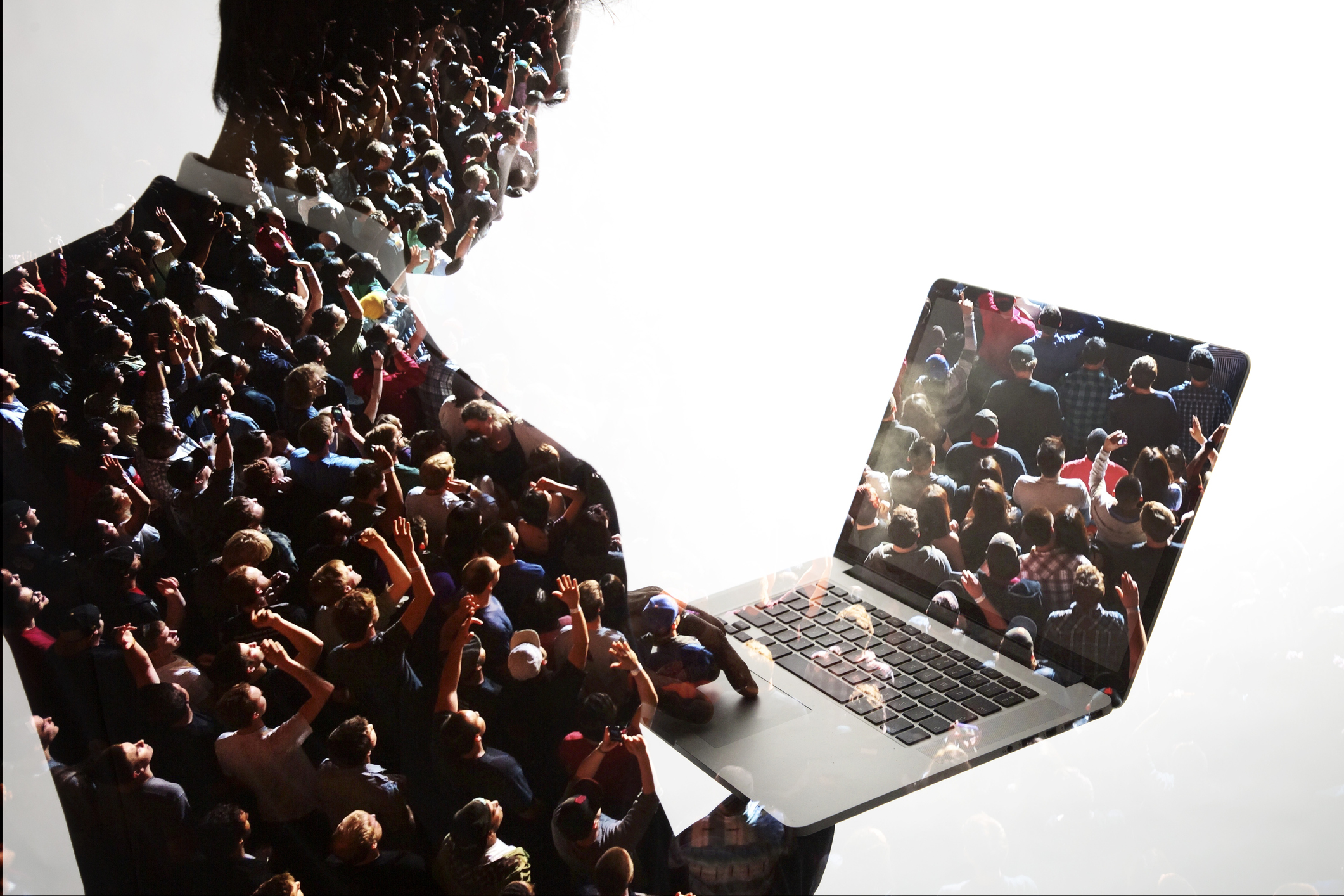 What makes me wary of founders

A founder can do many things to represent themselves poorly, but here are 3:

I have certain litmuses around gender equality, racial equality, and working with good humans. I only want to work with founders and invest in companies that share my principles.

I want to be connected and associated with people that represent their brand in a way that I would represent mine.

It’s so easy to get distracted by the numbers and models and projections — and don’t get me wrong, these are important.

If the person doesn’t know their numbers it’s an immediate killer.

I often drill down into the domain the founder is working in. There are often brand new, disruptive ideas that I’ve never seen before. It’s easy to get caught up in the excitement of that, but the economics still need to make sense.

If someone doesn’t understand the economics and the motivational drivers within a given sector, it becomes rapidly clear whether or not somebody has domain expertise.

And if they don’t understand the domain and have a unique insight, they’re probably not going to be able to build something special.

3. Lack of respect for time

The biggest key people often forget when they’re busy trying to sell what they’re doing is a basic, human understanding of other people.

Smart people know the right time and the right way to connect with someone.

I’ve had meetings set up with strangers.

If you know somebody hasn’t even sort of taken the time to consider your time, they’re probably not going to consider the time of other people. And I think that’s going to negatively affect them and their company.

When a founder or company approaches me in a way that’s not considerate and respectful of my time and what I’m interested in, I have a hard time looking past that.

My role as an investor in the growth of a startup

On paper, growing a startup can roughly be summarized as follows:

Over the last 12 years of being an investor I’ve seen companies at every one of those life cycles. Each one of those transitions is a different discipline; a different challenge in and of itself.

As a founder, I think it’s really important to surround yourself with people that have seen it before, understand it, know what it’s like, and know how to persevere through it.

That’s what an investor group does. 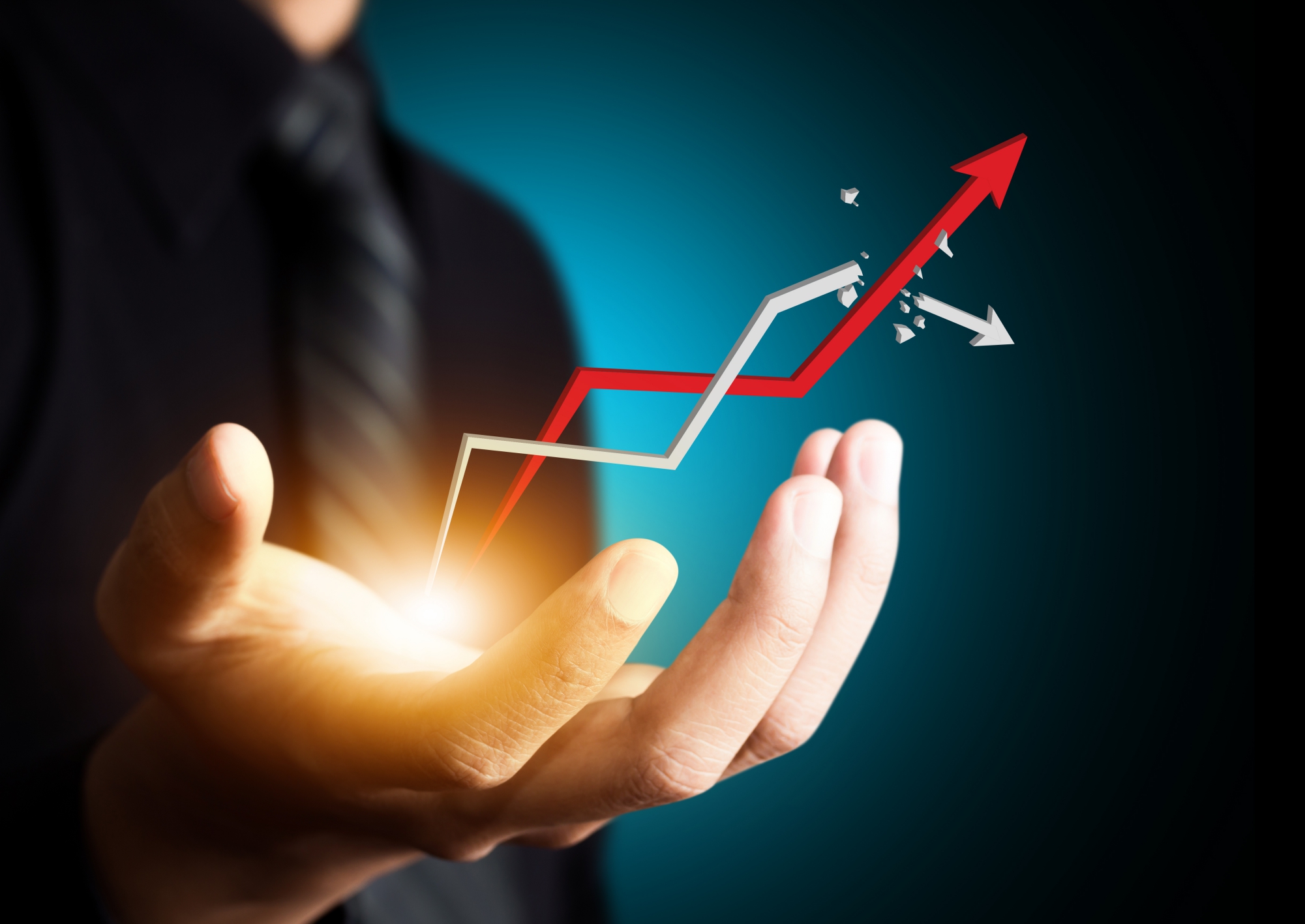 For example, going from a bootstrap company into a company that can scale is a tricky discipline.

And after the initial batch of hires is made, you transition from micromanaging into macromanaging; building startups within your startups, the variable divisions required to properly scale the company.

Investors who have helped companies through similar transitions can help you avoid pitfalls associated with these milestones. These are the very pitfalls that often derail early stage companies.

Fast forward to the growth stage and fundraising is a monster in and of itself. You have these checkpoints where you’ve got to go and raise additional funding — and the future of the company relies on executing.

And then eventually get to the point where either you’re going public or there’s an acquisition. That’s incredibly tricky and not something that a lot of founders are ready for.

Every company’s situation is different.

If you’re a small team — two or three people — you might look to add ten investors. I recommend building an investment team that has variable experience across different firms and individuals.

A lot of founders only target big firms. But you really want to get the person who understands your needs, your challenge and can help guide you through it — regardless of where they come from.

It all comes back to the purpose and principles

Make no mistake: I have a rigorous process around numbers.

Estimated TAM, IRR, NPV — we run them all.

But when weighed against potential impact for humanity and capability of individuals at the helm, I put slightly more value than most investors.

Maybe in the long run, I’ll fall into an even more disciplined manner of allocating capital.

But for now, I’m just going to keep working with great people on the problems that I want to work on.

Find good people solving tough problems and the financials often sort themselves out.

The NEEO universal remote is a modern Logitech Harmony alternative