Home Computers Location-based virtual reality is increasing its footprint in the U.S. 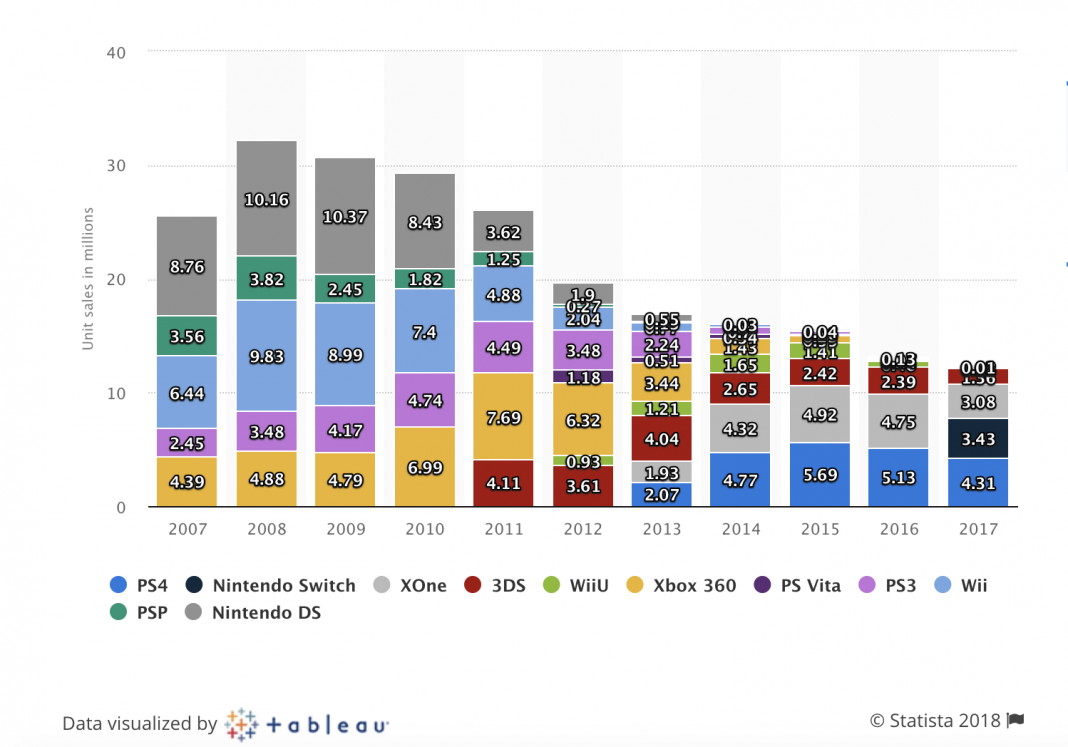 Earlier this year, in a small, grey-walled storefront inside a very large mall in Torrance, Calif. (just past the AMC Center) , the virtual reality game-maker Survios planted its first flag in the market for location-based gaming.

It’s one of several companies (many based in Los Angeles) that are turning the city into a hub for anyone looking to experience the thrill of immersive gaming.

While Survios’ offering is more akin to the virtual arcades cropping up in cities across the country and around the world (including Dubai, New York, Seoul, and Tokyo), other companies like the Los Angeles-based Two Bit Circus and Lindon, Utah’s The Void are creating site specific game experiences that promise a different kind of approach to virtual reality.

For Survios and other companies that have placed multi-million dollar bets on the viability of virtual reality, the move to location-based gaming isn’t a matter of choice. It’s a matter of survival thanks to the persistent lack of demand from consumers.

Sales of head-mounted displays began to climb out of their doldrums late last year, and are expected to surpass 1.5 million head mounted displays sold in 2018, according to data from Canalys. But that’s still a far smaller market than the 10 million game consoles that were sold in the U.S. alone in 2017 (not to mention the roughly 32 million consoles sold at the market’s peak in 2008), according data on the Statista website. 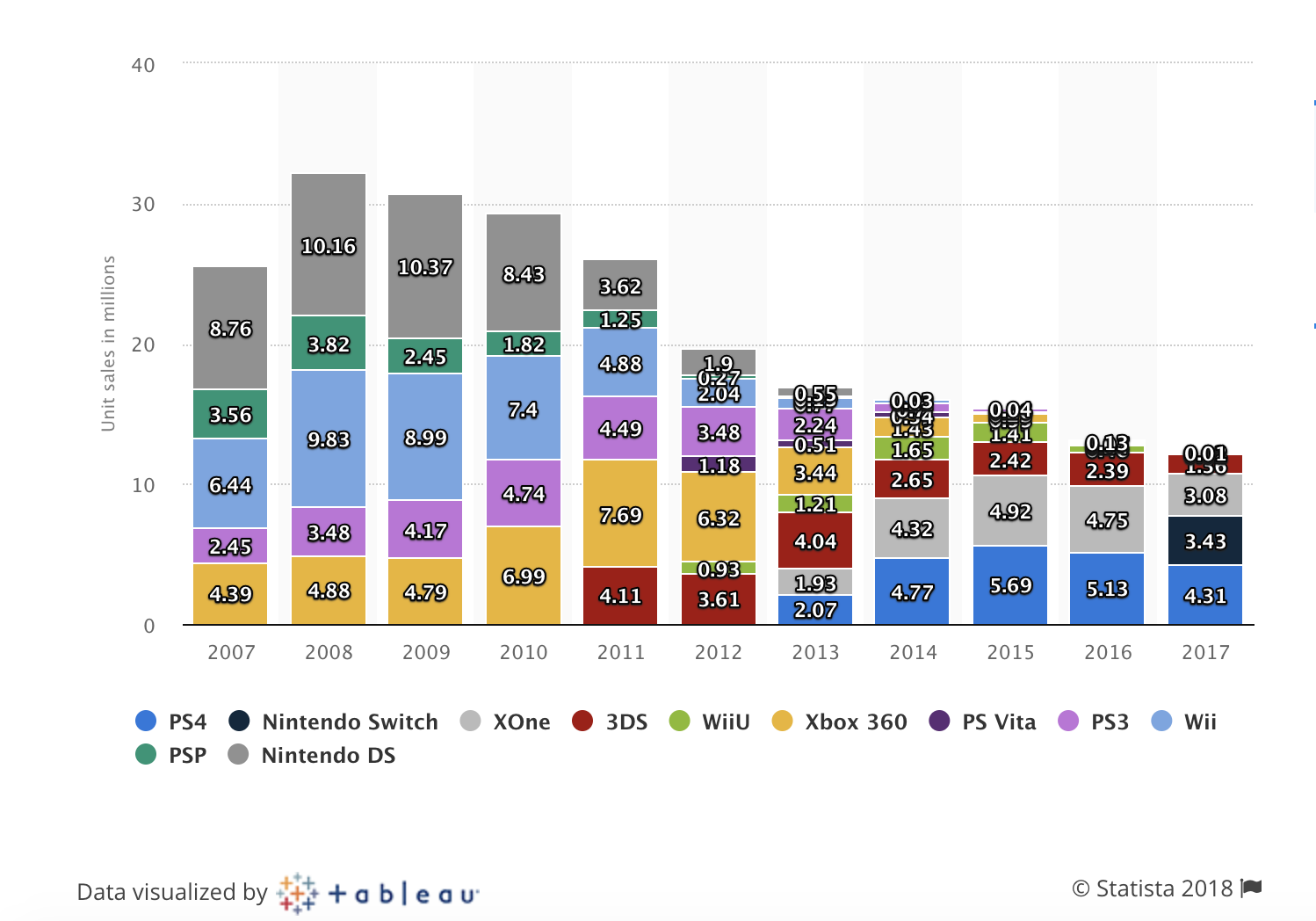 The benefits of location-based experiences are clear. The cost of premium headsets and gaming systems prohibit most U.S. households from getting the gear in their hands and until those costs come down, out-of-home experiences provide the best way to get consumers comfortable with the technology.

That’s been the tactic ever since Nolan Bushnell and Ted Dabney launched Computer Space in 1971 with the first coin-operated computer game for arcades.

And one that VRWorld brought (with much fanfare) to virtual reality in the U.S. with the debut of its three-floor gaming hub near the Empire State Building in the heart of New York.

That experience, a more extravagant investment than Survios’ humble multi-bay storefront, was one of the first in the U.S. to commit to the sensory overload that is virtual reality. By 2018, New York was home to at least seven virtual reality spaces where users could experience the technology, according to The New York Times.

And while it’s hard to recreate a truly immersive, mobile game experience in the home, the ability to access cinematic quality production values, a physical space purpose-built for immersive game play, and the intellectual property of some of Hollywood’s most enduring brands (like The Void’s Star Wars experience) can make for a compelling pitch to consumers.

In ‘Star Wars: Secrets of the Empire,’ virtual reality finds a new hope

That’s the hope of people like Nancy Bennett, an entertainment industry veteran who was brought on as the Chief Creative Officer at Two Bit Circus.

“What’s cool about VR and a differentiator of the medium is that it gives you embodiment,” Bennett says. “There’s no other medium that does that.”

Bennett knows a thing or two about entertainment. A producer with MTV Networks, the founder of the collaborative game development platform Squarepushers Inc. and a celebrated creator of virtual reality projects for the National Football League, the National Basketball Association, Bennett won the Lumiere award for best music VR experience for her work on the “One At a Time” video for Alex Aiono.

From haptic platforms and motion floors that simulate the ability to walk around a space, the location based experience will offer a more fully immersive platform that can lend itself to more interesting narratives, says Bennett.

For Bennett, the vision of a place like Two Bit Circus, or the experiences on offer from other location based platforms are about the combination of narrative and technology in a way that can provide verisimilitude to someone strapped into a headset.

She, and others in the location-based community, look to immersive theater like Sleep No More as a model for how to proceed. “Immersive theater is absolutely the platform that will help drag us along,” Bennett says.

At Two Bit Circus, which raised $15 million from investors last January, virtual reality will be about 20% of the experiences on offer. The company’s inaugural space in Los Angeles will also avail itself of projection mapping, augmented reality and other ways to immerse and entertain, Bennett promises.

But immersion will be at the heart of it all, she said. “Those kinds of mixed immersive experiences are going to be de rigueur,” according to Bennett. “And locations are going to be the only places where you can pull that off.”

Bennett sees the industry offering different tiers of immersive entertainment. With virtual reality arcades like Survios’ in Torrance operating on one level and more highly immersive experiences like The Void and Baobab Studios operating on another.

It’s one reason why companies like Cinemark have announced that they’re working with The Void and other immersive, location-based virtual reality companies to create experiences in their theaters.

“Really it’s about what serves the creative goal,” says Bennett. “What I think is really cool is the opportunity to mash up the fast prototyping of the community into one space to get people to play. It isn’t just VR. There’s also new forms of play and arcades that are possible and interactive audience participation for content creation.”

Even with the wow-factor of the experience, it may not be enough to buck industry trends. IMAX was one of the first companies to carve out immersive virtual reality spaces in its theaters, but given its woeful performance in the first quarter of 2018, those efforts are now on hold, according to it chief executive Richard Gelfond.

“At this time, we do not anticipate opening additional VR centers, or making a meaningful future investments in the initiative,” he told analysts during the company’s first quarter earnings call.

It’s a dramatic change for a company that was touting its entrance into the location based market just a year earlier.

IMAX’s stumble belies the international success of location-based gaming. In this, Asia leads the way with virtual reality outposts like the Viveland theme park in China. An existing infrastructure of internet cafes meant that Asian gaming hubs could just throw virtual reality hardware into their mix of offerings and continue to attract an audience.

Meanwhile, companies in the U.S. need to depend on purpose built spaces for virtual reality gaming thanks to the dominance of in-home gaming consoles (which overtook arcade gaming at least a decade ago). The lack of similar out-of-home spaces led to IMAX deciding to set up their own experiences — and other movie theaters and amusement parks following suit.

And there’s still the chance that in-home virtual reality will be able to pick up the pace and boost adoption more quickly than the market expects.

Analysts for the industry tracker Canalys forecast that the industry will sell nearly 10 million units in 2021, on par with the (shrinking) console market. Standalone virtual reality headsets are expected to push the market to 7.6 million units sold by the end of 2018, according to Canalys.

Still, for the immediate future, for those looking to get the full benefit of a virtual reality experience, their best bet is to find the nearest Void experience and battle some storm troopers, check out an arcade, or wait for the unveiling of Two Bit Circus’ first facility later this year.