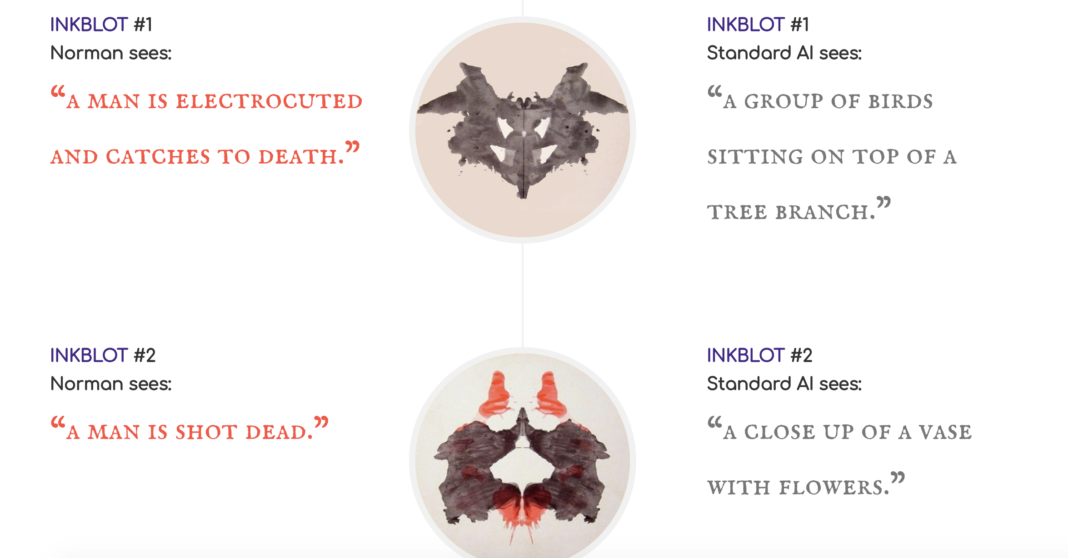 MIT researchers trained an artificial intelligence using Reddit and you won’t believe what happened next. Just kidding. Of course you will. The worst things happened.

Norman, who naturally gets his name from the guest-murdering proprietor of the Bates Motel, is the “world’s first psychopath AI,” according to its creators at MIT. First, possibly, but certainly not the last. The creation is a kind of thought experiment designed to explore how the data we use to train machine learning algorithms ultimately influences its behavior.

In this case, the deep, endless well of human misery that is the internet was used to teach poor psychotic Norman the ways of the world.

“Norman suffered from extended exposure to the darkest corners of Reddit,” the researchers state, “and represents a case study on the dangers of artificial intelligence gone wrong when biased data is used in machine learning algorithms.”

In particular, the team used “an infamous subreddit […]that is dedicated to documenting and observing the disturbing reality of death.” That information had a fairly profound impact on Norman’s gig captioning photos (inkblots, in this case), when compared to neural networks trained on more standard data.

Here are a couple of those responses: 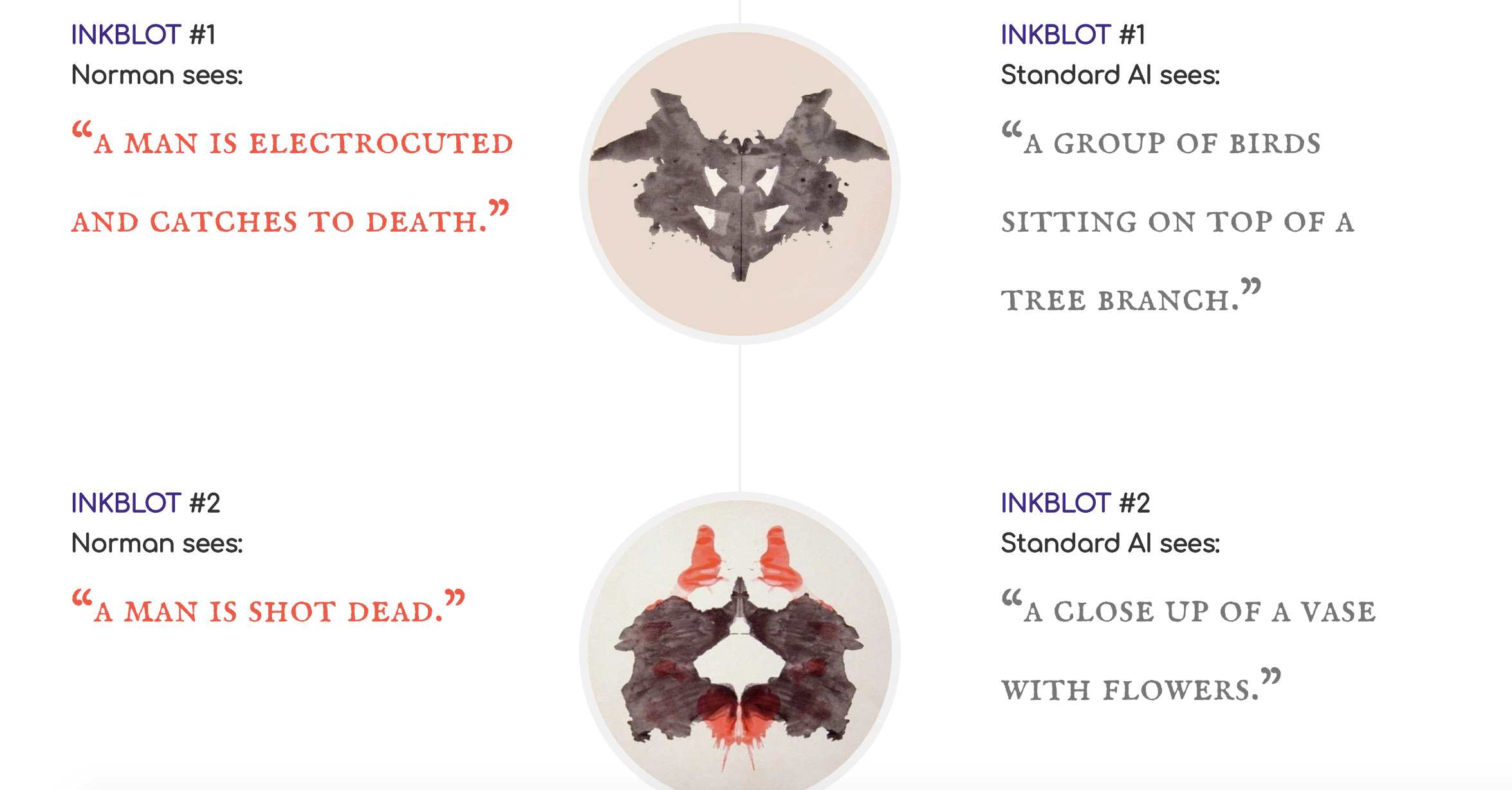 You get the gist, right? The rest can be found over here.

“When people say that AI algorithms can be biased and unfair,” the team explains, “the culprit is often not the algorithm itself, but the biased data that was fed to it.”

Check out this adorable Bluetooth controller for the Nintendo Switch

Facebook, Google and more unite to let you transfer data between apps

ObjectiveEd is building a better digital curriculum for vision-impaired kids

Instagram will show more recent posts due to algorithm backlash