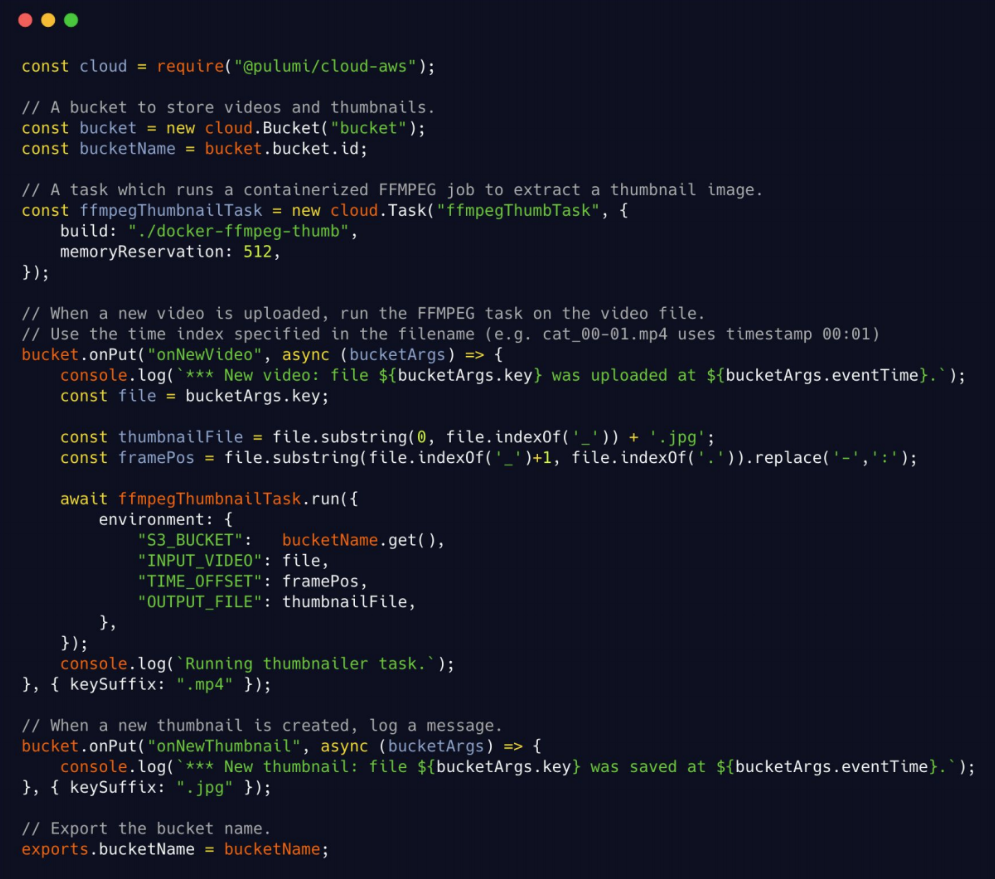 Pulumi, a Seattle-based startup that’s coming out of stealth mode today, wants to make it easier for developers and ops team to define their infrastructure by writing code. Instead of using a cloud-specific configuration language, the service’s tools allow developers to define the infrastructure for their applications in the same programming languages they already use for the applications.

The service has the backing of Madrone Venture Group and Tola Capital, with Madrona’s S. Somasegar joining its board of directors.

What’s interesting here is that it doesn’t matter whether that infrastructure is containers, virtual machines or a serverless function, or whether those will run in a private cloud or one of the major public clouds. Supported languages currently include JavaScript, TypeScript, Python and Go, with support for .NET, Java, C# and node.js following soon.

Pulumi CEO Joe Duffy has extensive open source experience (he built the team at Microsoft that took .NET open source), so it’s no surprise that Pulumi, too, has a number of open source components. What the service offers in addition to that, though, is a hosted service for managing Pulumi stacks after they have been deployed, as well as tools for collaboration and integrating the service into existing workflows.

As Duffy and his co-founder and executive chairman Eric Rudder argued when I met with the team ahead of today’s announcement, today’s vendor-specific templating languages only lead to “configuration sprawl” and result in templates that mix code and configuration into an unholy mix of unreadable files that nobody wants to touch. This approach, Rudder and Duffy argued, also leads to a wider gap between developers and the operations team that try to support them. The team told me that it managed to reduce more than 1,000 lines of Helm code into fewer than 200 lines of Pulumi code, for example — and much of those 200 lines is reusable.

“There is a massive movement to the cloud among enterprise customers around the world,” said Somasegar. “As that trend continues to gather and gain momentum, new and transformative techniques are required as customers truly begin to take advantage of cloud-native capabilities. This transformation grows leaps and bounds with serverless computing starting to emerge as the next frontier to enable truly distributed applications and services that are powered by microservices and event-driven functions.” And his view, Pulumi’s code-first approach will help push this movement forward.

Pulumi is now available as a preview — and all of its pricing plans are currently available for free.

IT and tech firm UST Global raises $250M from Temasek at a valuation of...