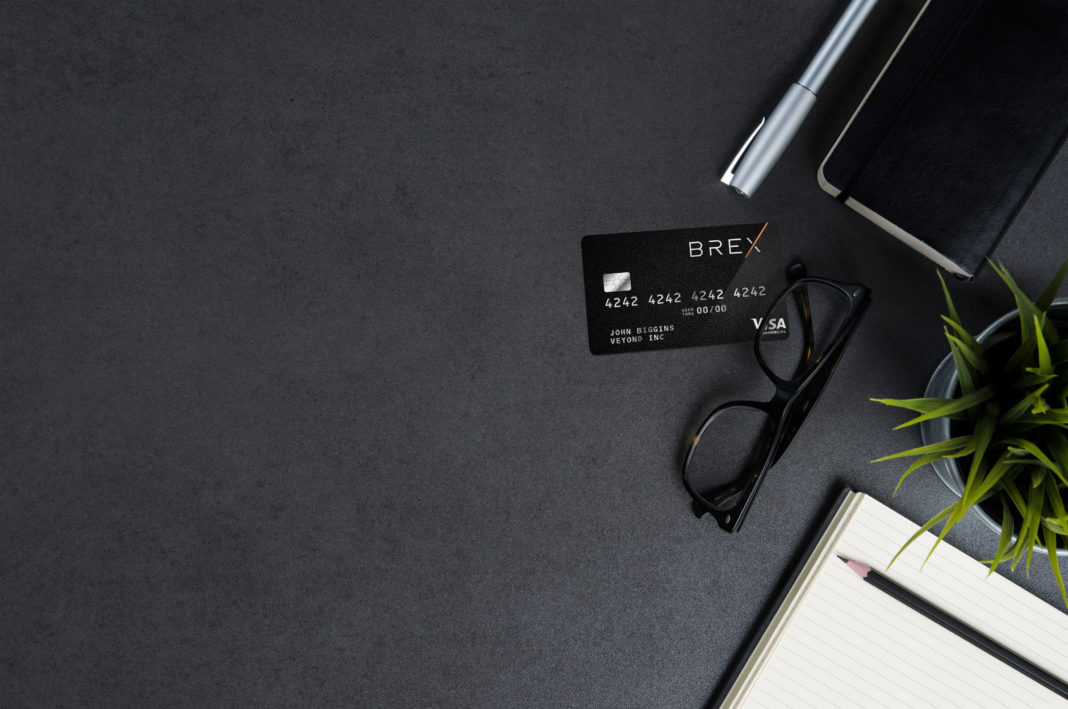 While Henrique Dubugras and Pedro Franceschi were giving up on their augmented reality startup inside Y Combinator and figuring out what to do next, they saw their batch mates struggling to get even the most basic corporate credit cards — and in a lot of cases, having to guarantee those cards themselves.

Brex, their new startup,  aims to try to fix that by offering startups a way to quickly get what’s effectively a credit card that they can use without having to personally guarantee that card or wade through complex processes to finally get a charge card. It’s geared initially towards smaller companies, but Dubugras expects those startups to grow up with it over time — and that Brex is already picking up larger clients. The company, coming out of stealth, said it has raised a total of $57 million from investors including the Y Combinator Continuity fund, Peter Thiel, Max Levchin, Yuri Milner, financial services VC Ribbit Capital and former Visa CEO Carl Pascarella. Y Combinator Continuity fund partner Anu Hariharan and Ribbit Capital managing partner Meyer Malka are joining the company’s board of directors.

“We want to be the best corporate credit card fro startups,” Dubugras said. “We’re don’t require a personal guarantee or deposit, and we can give people a credit limit that’s as much as ten times higher. We can get you a virtual credit card in literally 5 minutes, versus traditional banks, in which you’d have to personally guarantee the card and get a low limit and it takes weeks to approve.”

Startup executives go to Brex’s website, sign up, and then put in their bank account info. They then use that banking information to underwrite the card, with the idea being that the service can see that the start has raised millions of dollars and doesn’t have the kind of wild liability that those banks think they might have given how young they are. Once the application is done, companies get a virtual credit card, and they can start divvying up virtual cards with custom limits for their employees. The company says it has attracted more than 1,000 customers and is now opening up globally.

The cards are designed to have better spending limits, and also offer company executives more granular ways to assign those limits to employees. The cards have to be paid off by the end of the month, and the rolling balance for those cards is dependent on the amount of capital each startup has available. The total limit available is, instead, a percentage of the company’s cash balance available. So rather than having to go through the process of getting approved for a card, the service can look at how much money is in a startup’s bank account and adjust the spending limit for all those cards accordingly. 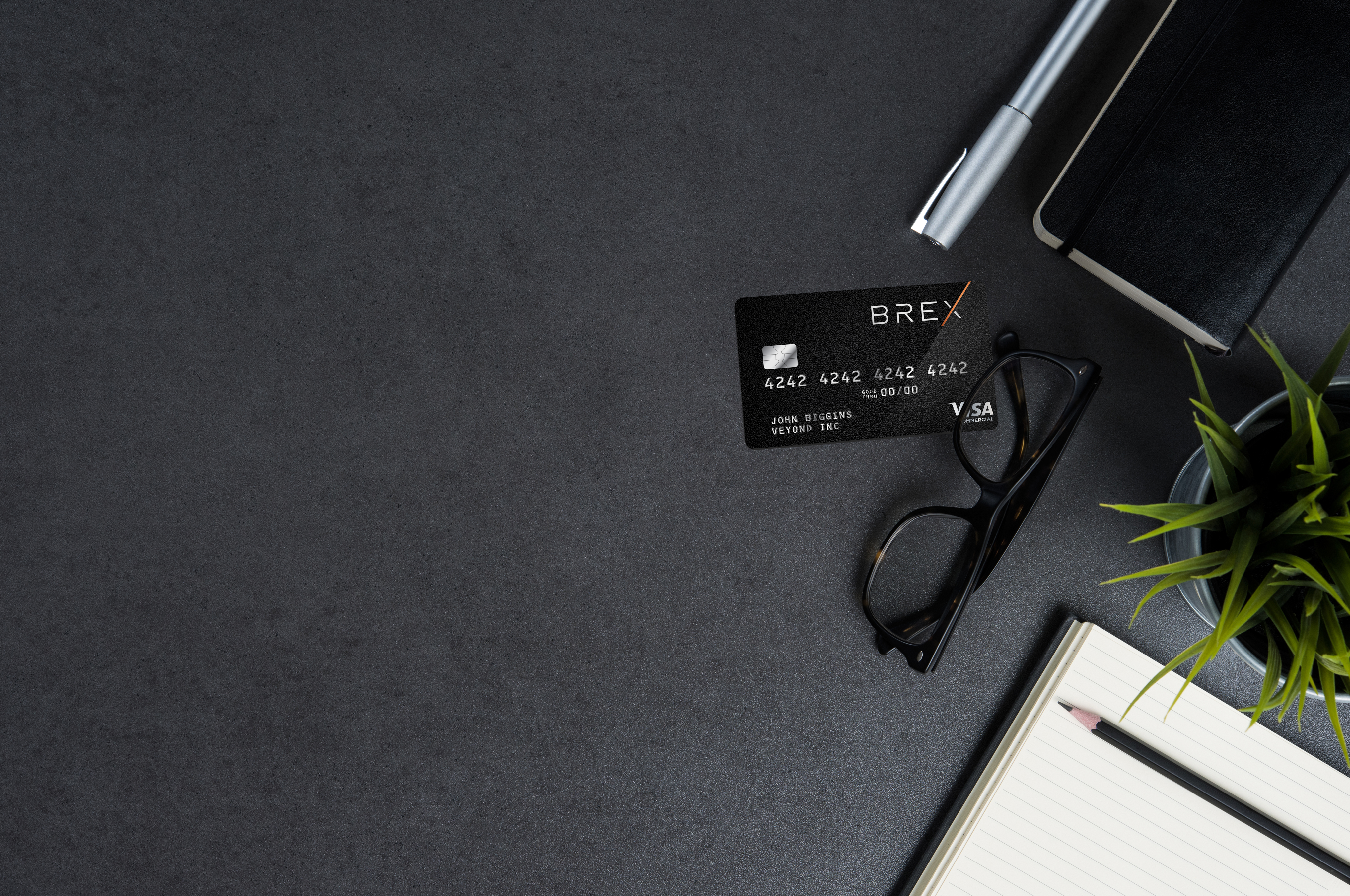 Another aspect is automating the whole expense and auditing process. Rather than just going through typical applications like Concur and inputting specifics, card users can send a text message of a receipt through Brex associated with each transaction. Users will just get a text message about a charge — like a cup of coffee for a meeting with a potential business partner — and reply to that text with a message of the receipt to log the whole process. Everything is geared toward simplifying the whole process for startups that have an opportunity to be a bit more nimble and aren’t bogged down with complex layers of enterprise software. Each expense is looped in with a vendor, so executives can see the total amount of spending that’s happening at that scale.

The ability to have those dynamic spending limits is just one example of what Dubugras hopes will make Brex competitive. Rather than slotting into existing systems, Brex has an opportunity to recreate the back-end processes that power those cards, which larger institutions might not be able to do as they’ve hit a massive scale and get less and less agile. Dubugras and Franceschi previously worked on and sold Pagar.me, a Brazilian payments processor, where they saw firsthand the complex nature of working with global financial institutions — and some of the holes they could exploit.

“It’s not like we’re two geniuses that came up with a lot of things that no one came up with,” Dubugras said. “Implementing them with third-party processors is hard, but we didn’t have any of [those integrations], so we can rebuild them from scratch. It’s hard for banks to throw money at a problem and build those tools. We’ve rebuilt the way that these things work internally — they’d have to change fundamentally how the system works.”

While there are plenty of startups looking to quickly offer virtual cards, like Revolut’s disposable virtual card service, Brex aims to be what’s effectively a corporate card — just one that’s easier to get and works basically the same as a normal card. Users still have to pay off the balance at the end of the month, but the idea there is that Brex can de-risk itself by doing that while still offering startups a way to get a card with a high limit to start paying for the services or tools they need to get started.

With its new ‘Interests’ feature, eBay again tries to personalize its marketplace

What next? Oh yes, turning a luxury car into a non-fungible token