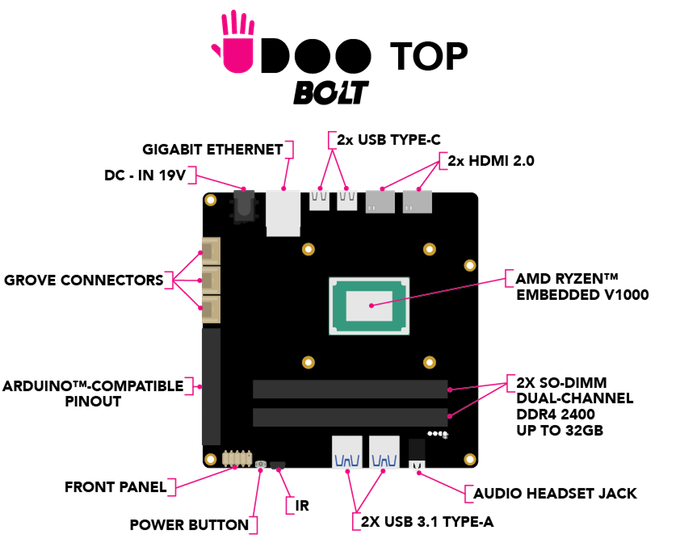 When we last met UDOO the team was building a powerful Raspberry Pi-based DIY board with a bunch of impressive features including more ports and a better processor. Now the team behind the first units has released the UDOO BOLT, a DIY board that can run “AAA games” thanks to a built-in AMD Ryzen Embedded V1202B 3.2 GHz SoC processor and a Radeon Vega 3 graphics card. The system is also Arduino compatible so you can connect it to your robotics and other electronics projects.

The BOLT, when outfitted with a chunk of RAM, is, according to the creators, “almost twice as powerful as a MacBook Pro 13-inch equipped with an Intel i5 and three times more powerful than a Mac Mini.” Because it is nearly a fully-fledged computer you can stick it into a case and treat it like a mini-workstation with a USB keyboard and mouse and HDMI out to a monitor. The BOLT can drive four monitors at once, two via 4K HDMI and two via USB-C. It runs Linux or Windows.

The team plans on shipping in December 2018. The starter kit costs $298 on Kickstarter and includes a power supply and 4GB of RAM. The 8GB unit with SATA and Wireless costs $409.

Is a DIY board with a massive processor and graphics card a bit of overkill? Absolutely. However, because the system is designed for experimentation and on-the-fly design, you can easily repurpose a board like this for a kiosk, store display, or workstation. Because it is so portable you could slap a few of these on school desks and give the kids powerful computers that run nearly everything you can throw at them. Plus it’s pretty cool to be able to play VR games on a machine the size of a peanut butter and jelly sandwich.

UDOO has been adding onto the traditional Raspberry Pi/Arduino stack for so long that they’ve become experts at making basic boards much more powerful. Given their earlier models could run drones and control multi-legged robots all while running Android, this new product should be a real treat. 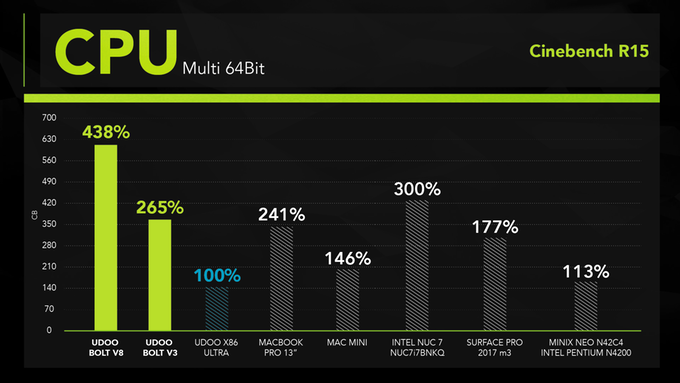 Photos on social media can predict the health of neighborhoods