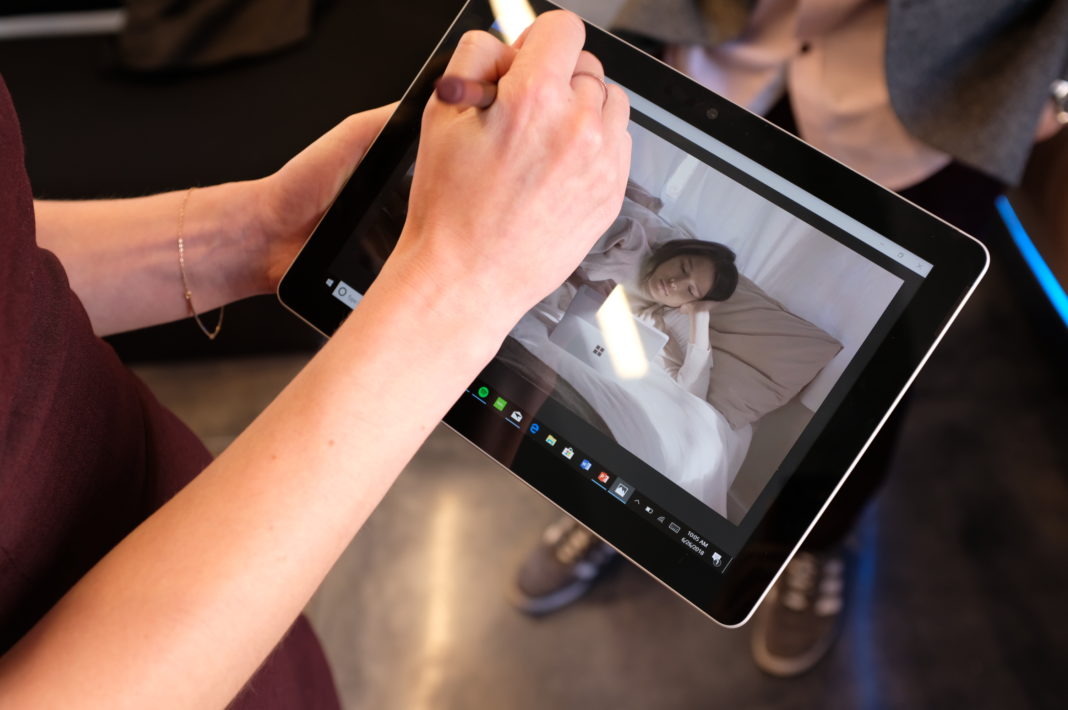 Microsoft dropped a pretty clear hint about this big news. After all, the latest addition to the Surface line has been over the past couple of months the subject of everything from early rumors to FCC approval to spec sheet leaks. And for the most part, the rumors were spot-on.

This is the Microsoft Surface Go. It represents the low end of the Surface line. The $399 starting price puts it well below the Surface Pro’s $799. More to the point, really, it puts the product firmly within spitting distance of the $329 9.7-inch iPad. Surface has long been an entirely different class, focused on creative professionals, with higher-end specs and peripherals, putting it more in line with the iPad Pro, perhaps.

The Surface Go is meant to be a kind of halfway point between the standard tablet and the convertible. Spec sacrifices were made in order to hit that price point, of course — though for most users the size is probably the most notable. That said, the 10-inch display might actually amount to a benefit, depending on what you’re looking for in a device.

When I met with the company, they pulled it out of a purse to make the big reveal. That depends on, among other things, how big your purse is, of course. For those still holding out hope for something akin to a Surface Phone, however, well, keep holding. The 1.15-pound Go may be the thinnest Surface yet, but a phone it ain’t. 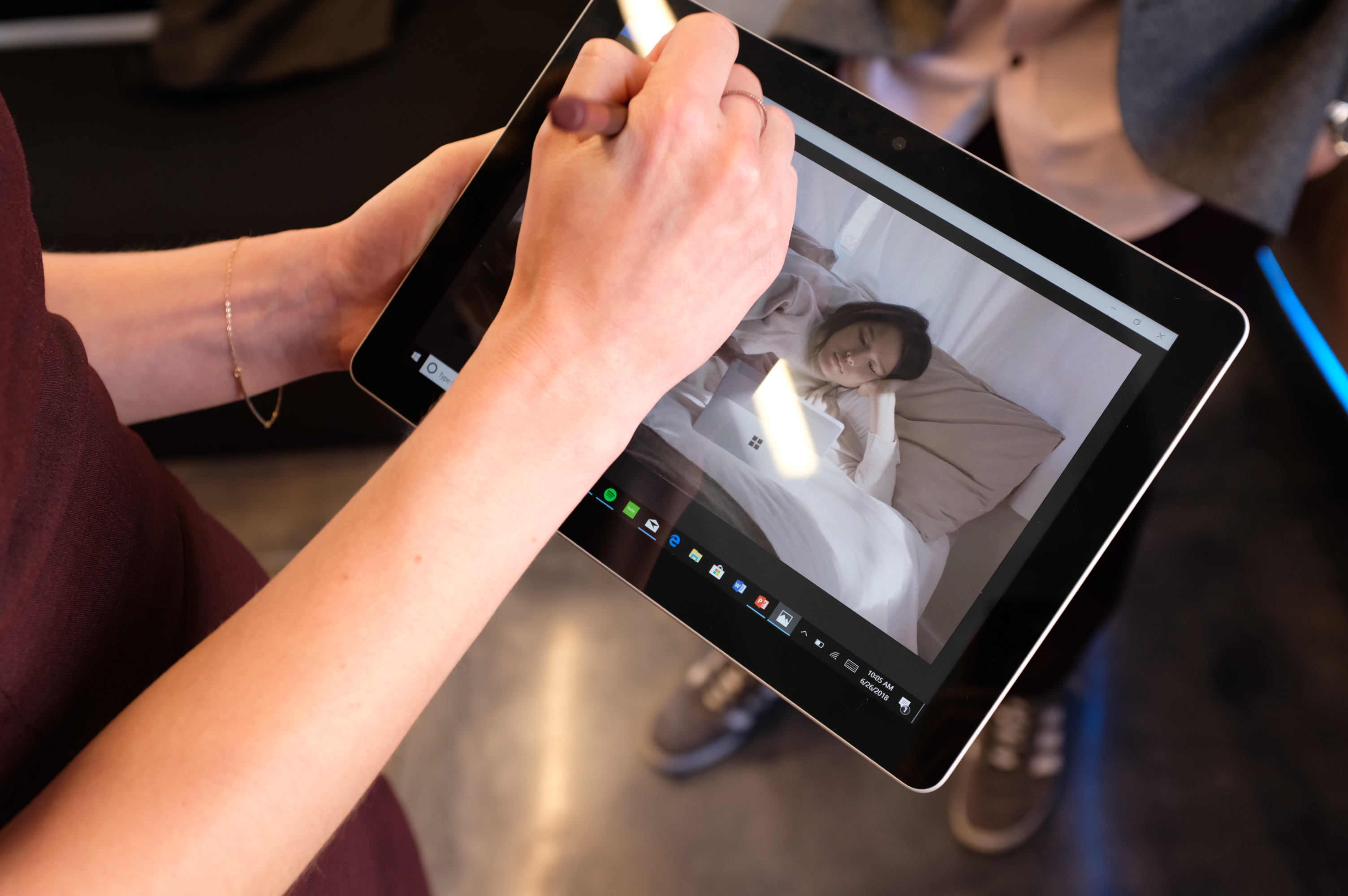 As for the target demo, well, Microsoft clearly believes it’s just about everyone. For those who are already locked in to the ecosystem, there’s something to be said for getting the full suite of apps on a smaller but still relatively premium piece of hardware that includes 4GB/8GB of RAM and 128GB/256GB of storage. There also are some familiar software touches, like Windows Hello facial recognition for log-in.

Like the iPad itself, however, I probably wouldn’t recommend the thing for those looking to do a lot of typing or other office work. There are plenty of cheap Windows laptops that will do the trick. Remember those $189 Chromebook competitors the company announced last year?

The combination of the Go keyboard case and the smaller footprint means it won’t be ideal for typing. And while a Microsoft rep attempted to convince me that it’s possible to actually use it on one’s lap, let’s just say that it’s less than ideal. A plane’s seat-back tray table, on the other hand, is a pretty solid application. And the nine hours of battery life should get you through most flights. Of course, the keyboard case isn’t bundled with the Surface just yet, so that will raise the price another $99.

One of the more interesting tidbits here: The proprietary Surface port is still here. That flies in the face of some of the early rumors and the larger trend toward USB-C-only charging. USB-C can still be used to charge, but the company tells me they wanted to keep the Surface Connect on board for legacy reasons. A lot of people are on their second or third Surface already, and some are apparently doubling up on devices. 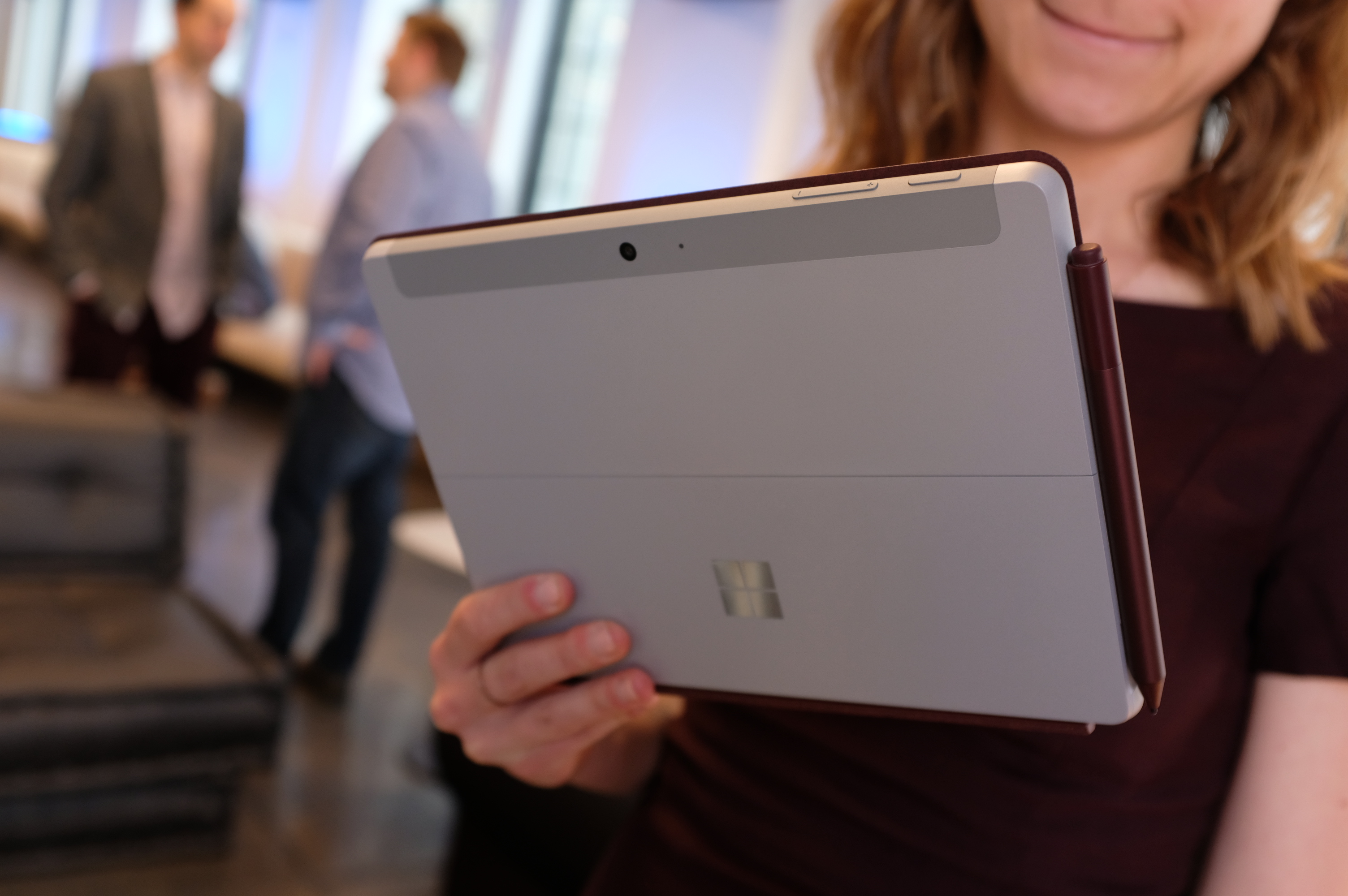 The Surface Go arrives August 6, sporting Windows 10 S — a pretty clear indication that the company is also heavily targeting education here. Again, the price point will likely be a deal killer for public schools, though perhaps those who have the funds for an iPad per student will welcome the competition.

For the rest of us who aren’t interested in the limitations of 10 S, users can upgrade to the standard version of the operating with a “one-time switch.”

Revealed: how the Gulf’s top tourism markets performed in 2017