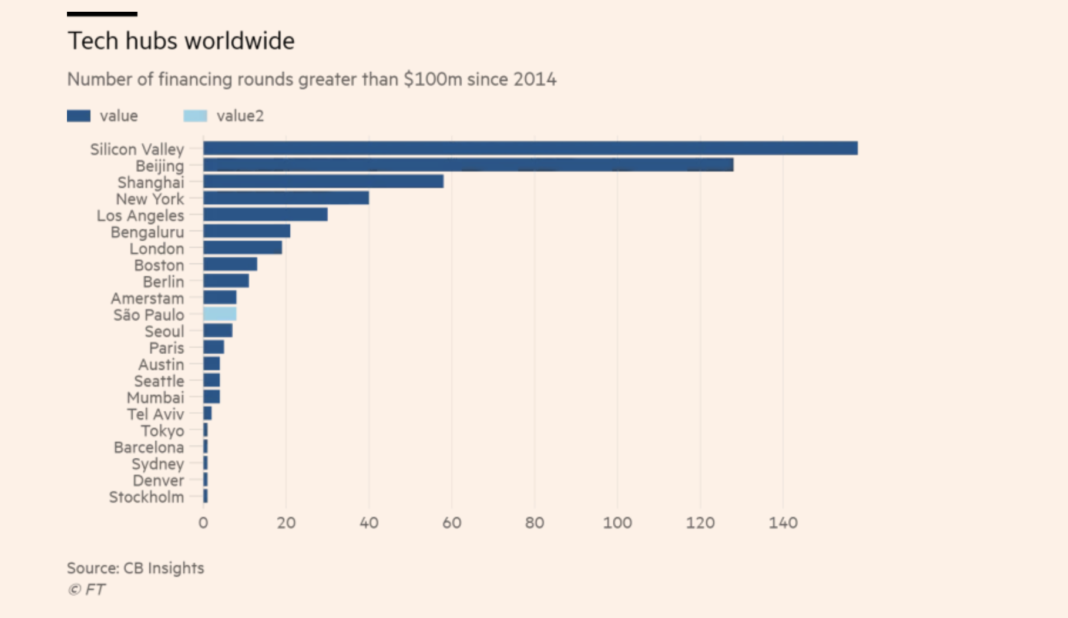 Brazil’s macroeconomic picture may be gloomy, but technology investors still see hope in the nation’s burgeoning technology sector — and a recent $124 million financing for the mobile conglomerate Movile is the latest proof that that the pace of investment isn’t slowing down.

Brazil was already the hottest spot for technology investment throughout Latin America — with Sao Paulo drawing in the majority of the record-breaking $1 billion in financing that the region’s startups attracted in 2017. And with this latest funding for Movile, led by Naspers, that trend looks likely to continue. 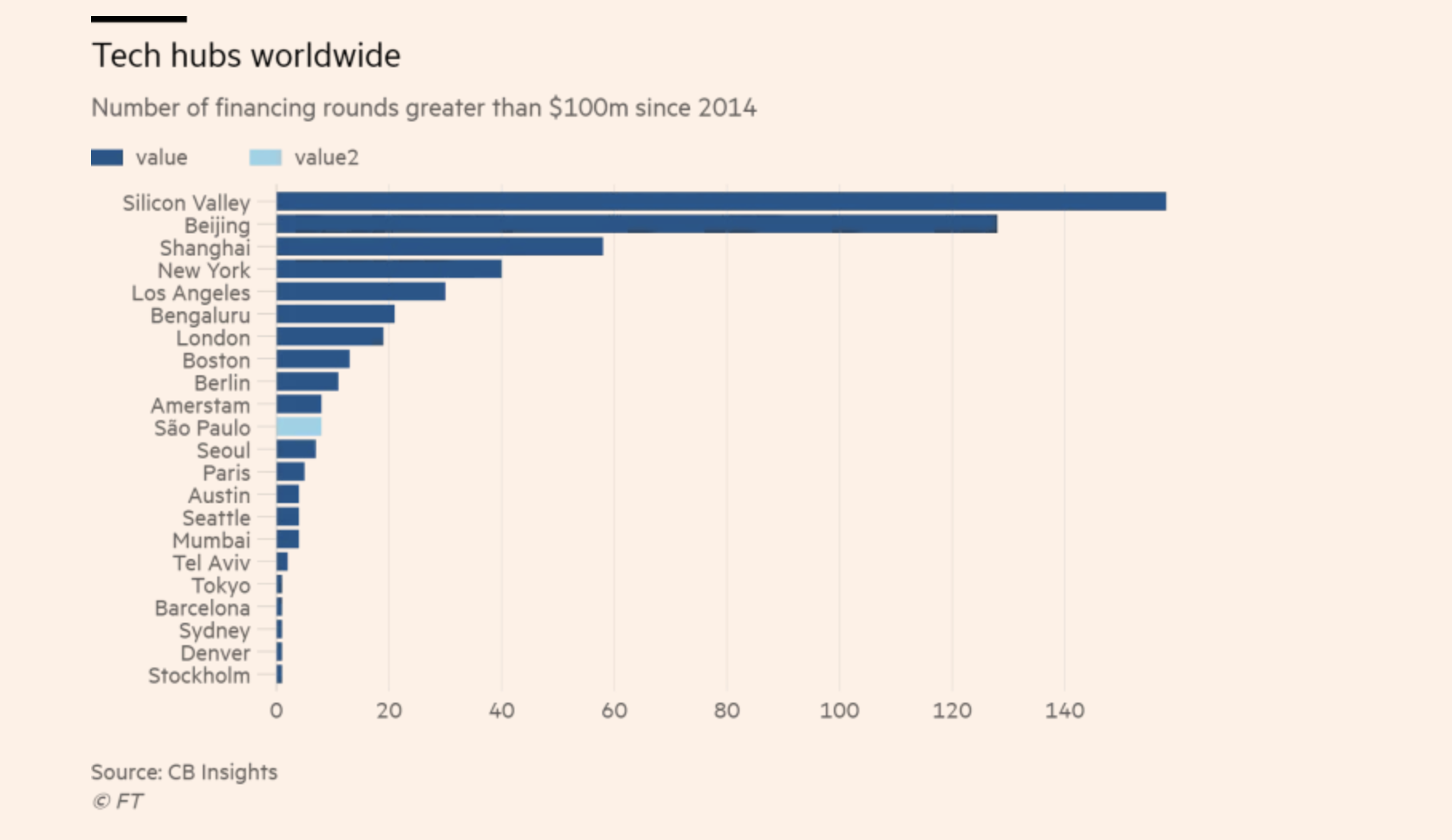 Indeed, Naspers investments in Movile (supplemented by co-investors like Innova, which participated in the most recent round) have been one of the driving forces sustaining the Brazilian startup community. In all, the South African technology media and investment conglomerate has invested $375 million into Movile over the course of several rounds that likely value the company at close to $1 billion.

Another Brazilian tech company, the financial services giant Nubank, has raised around $528 million (according to Crunchbase) and is valued at roughly $2 billion, putting it squarely in the “unicorn club”, as the Latin American Venture Capital Association noted, earlier this year.

Both chief executive Fabricio Bloisi and a spokesperson from Naspers declined to comment on Movile’s valuation. “My dream is not to become a unicorn my dream is to become much bigger than that,” Bloisi said in an interview.

Nubank and Movile are the two most recent privately held independent companies to achieve or approach unicorn status in Brazil, but they’re not alone in reaching or approaching the billion dollar threshold in Latin America. MercadoLibre was an early runaway success for the region (hailing from Argentina) and the ride hailing service 99Taxis was acquired by the Chinese ride-hailing behemoth Didi for a roughly $1 billion dollar valuation last year.

All of this points to an appetite for Latin American tech that Movile is hoping it can seize upon with its new $124 million in financing.

The company is looking to expand its food delivery business iFood, its payment company, Zoop, and its ticketing platform, Sympla.

Both Movile and Naspers look to Chinese companies as their model and inspiration for growth, with Bloisi saying that he’s eyeing the eventual public offering for Meituan — the Chinese online retailer as the company to emulate in the market these days.

“The Chinese companies are doing extremely well and Movile is very similar to a Chinese company,” says Bloisi. And the company’s buy and build strategy certainly mirrors that of a tech business in the world’s largest emerging market economy moreso than it does a typical U.S. startup.

That extends to Movile’s investment in the tech ecosystem in its native Brazil and the broader Latin American region. Already the company boasts 150 million users per month across its application ecosystem. Through on-click payment services provided by Zoop, Movile offers a WePay and WeChat like experience for buyers in Latin America, Bloisi said. 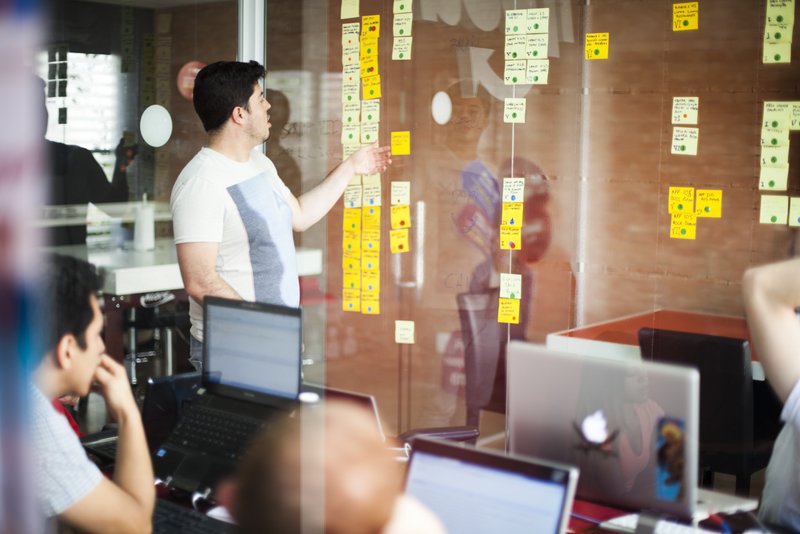 It’s a playbook that the company’s backers have run before — with WeChat. Naspers came to prominence and untold riches by being an early backer of Tencent who’s WeChat and WePay applications have become the backbone of mobile commerce in China.

Now it’s looking to replicate that with Movile in Brazil and beyond. Like its Chinese counterparts, Movile is more than just one of the largest startup companies in the Brazilian ecosystem… it’s also a big investor. Indeed, subsidiaries like iFood began as small investments the company made in promising businesses.

It was with its last $82 million round of financing from Naspers and other co-investors that Movile backed Mercadoni, a Colombian grocery business, and its payment services play in Brazil — Zoop (which is one of the company’s main areas of interest going forward).

For Bloisi, that future outlook seems pretty bright. “Our confidence is extremely high,” he says of the recent financing. “For me it’s an indicator that things are growing. There was a hot moment in Latin America in 2010-2012. Then there was a recession, now while Movile is raising more there are also many more players,” who are coming to market with convincing offerings for investors.

Movile itself isn’t afraid to let its checkbook do the talking for it when it comes to confidence in the market for online retail and commerce in Brazil. Bloisi estimates that his company has made nearly 35 transactions over the past few years, and will continue to invest heavily in the sector.

“Many of our business are growing at over 100% per year,” Bloisi said.

Investors like Martin Tschopp the chief executive of Naspers can’t complain about that kind of growth across multiple business units.

As the executive said in a satement:

“Naspers has been a long-term partner of Movile because of its ability to build transformative mobile businesses in Latin America and beyond. Movile has great expertise in identifying high-potential companies in consumer segments with opportunity for massive growth, including food delivery with iFood, which is why we continue to support the company.”

That sentiment, an optimism about the future of technology enabled businesses in Brazil and the broader Latin American region has captured investors’ imagination from billionaire backed offices like the Russian investment firm DST and large multinational U.S.-based players like Goldman Sachs.

As HIllel Moerman, head of Goldman’s private capital investment group told The Financial Times, “The [venture capital] ecosystem is still nascent compared to the US and other international markets — therefore there is a large opportunity for start-ups.”

Beyond the relative maturity of the venture community, there are macroeconomic forces at play that continue to make the Brazilian market attractive.

“Brazil has a large market, a pretty tech savvy population with attractive demographics and decent engineering and computing talent. You have all the right ingredients for an ecosystem to develop,” Tom Stafford, an investor with DST Global, told the British paper in an interview.

The New Disney+ Streaming Service is Oriented Around Fans

Tencent leads $50M investment in NewsDog, an app vying to be India’s Toutiao