Home Computers Trill Project aims to be a safe community for people to express... 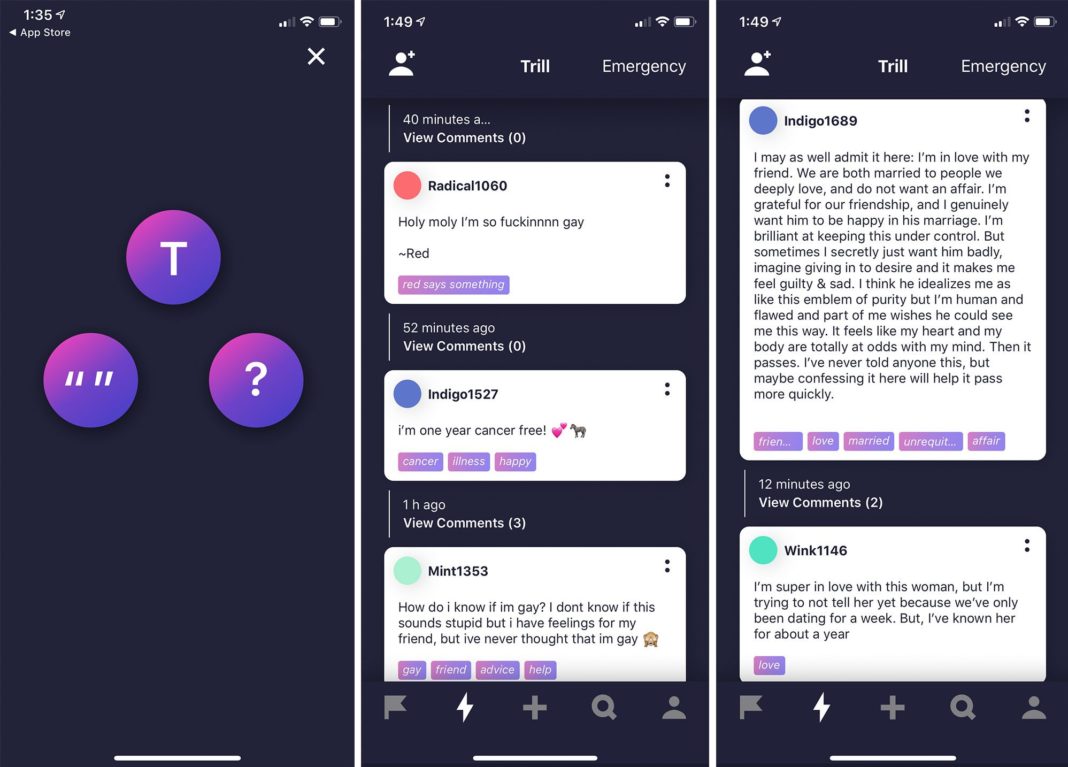 Trill Project, founded by three high school girls, recently launched out of private beta to help people safely express themselves online. For those unfamiliar with the word “trill,” it’s a combination of “true” and “real.” An investor described it to me as a positive Yik Yak .

Trill Project began as a community for teenagers, especially for transgender teens who felt like they didn’t have a safe space to be themselves. It has since expanded it to a platform for everyone to express anything from their struggles with addiction, mental illnesses to workplace issues.

“We’re reinventing the narrative of social networking and we kind of elevate social media by being private and anonymous,” Trill Project co-founder Georgia Messinger told TechCrunch over the phone.

On Trill Project, everything is anonymous (there are no usernames) and monitored by 50 moderators around the clock. Trill Project also has machine learning algorithms as work to learn from reported posts to be able to recognize problematic posts in the future. And if someone feels unsafe or thinks someone has figured out their trill identity, they can always just change it. 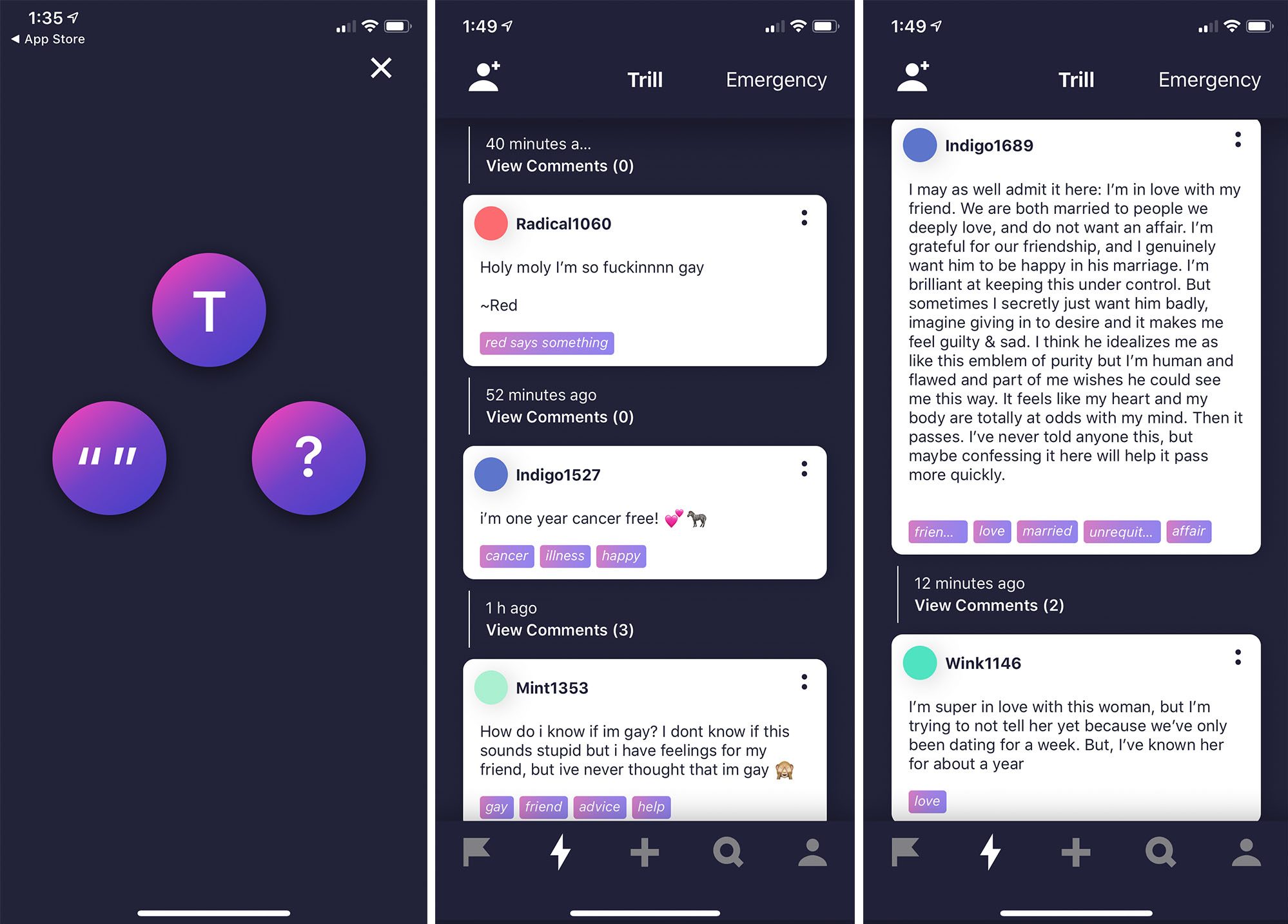 In addition to wanting to prevent bullying and harassment, Trill Project wants to be helpful to those suggesting they want to harm themselves or those reporting being hurt by others. That’s why Trill Project has partnered with non-profit organizations that specifically support people experiencing mental health crises.

Trill Project will always be free to the users, but the idea is to possibly license its machine learning algorithms, sell ad space and sponsorships for communities, Trill Project co-founder Ari Sokolov told TechCrunch.

Anonymous social networks, of course, are nothing new. Startups like Whisper, Secret and Yik Yak have all tried and arguably failed.

“People have tried before but as teenagers in particular, we really are closer to our users,” Messinger said. “It gives us access and insight those companies have been lacking.”

Peak Design goes back to Kickstarter to launch $299 travel backpack

Meet the author of The Lean Startup at Disrupt SF