Home Lifestyle Should vaping in pubic be considered the same as smoking? 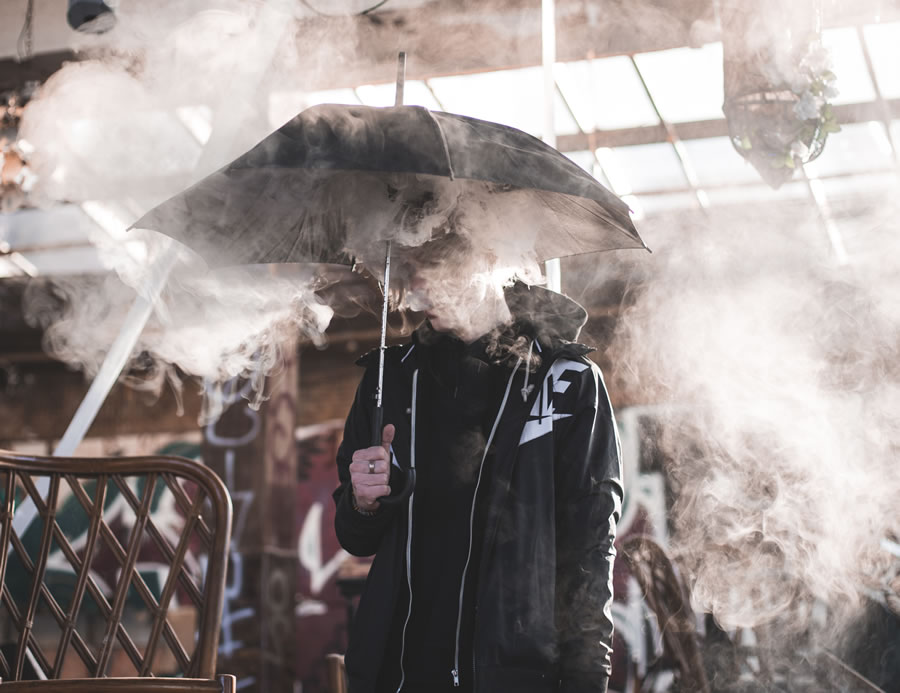 Smoking in public places was famously banned across the UK in July 2007. However, there is currently no law that forbids the use of e-cigarettes in the same way. The question is: should vaping in public be treated the same as smoking? In 2016, this became a major talking point when actor Leonardo DiCaprio was pictured vaping during the SAG Awards. In fact, the images of him puffing away were a staunch reminder that e-cigarettes don’t fall under the same jurisdiction as cigarettes. Later that year, Public Health England chimed into the argument. When outlining whether workplaces should allow staff to vape, the agency advised employers that they should ‘make clear the distinction between vaping and smoking’ when enforcing rules. In a modern world, here’s why vaping hasn’t – and doesn’t look likely to – follow in the footsteps of smoking.

The predominant reason why cigarettes were banned in public places is because of the health risks associated with secondhand smoke. It was proven that a bystander was significantly more likely to suffer from the likes of lung cancer or heart disease simply because they had regularly been in the proximity of a smoker. In fact, they need not have ever tried a cigarette to have become drastically more susceptible to these illnesses.

On the other hand, e-cigarettes have not been proven to expose non-users to significant health risks just because they have been in the vicinity of the vapour. In fact, Public Health England found that there was ‘currently no evidence’ that secondhand vapour from an e-cigarette is harmful upon releasing their framework in 2016.

Health risks aside, the general consensus from non-smokers seems to be that cigarettes are unpleasant. This is largely the result of the smoky fumes and the strong smell of tobacco that they emit. The overall substance can be difficult for non-smokers to handle – whether they’re in a working environment or a social situation. Meanwhile, it’s hard to argue that e-cigarettes are repugnant because they can come in a variety of satisfying flavours. For instance, a strawberry-flavoured e-cigarette will release a fruity vapour that the average person would consider to be far from unpleasant.

The NHS previously determined that two out of three cigarette smokers were able to quit after turning to e-cigarettes. This, coincidentally, means that e-cigarettes have actually aided the government in cutting down on the amount of smokers in the UK. The government’s appreciation of e-cigs is reflected in the PHE framework released in 2016. One guideline states employers should ‘support smokers to stop smoking and stay smokefree’ when crafting rules for the workplace. Ultimately, it seems it would be unhelpful for people to treat e-cigarettes and cigarettes the same because it would remove a major incentive (being able to smoke in public places) for people to continue vaping rather than smoking.

The future of e-cigarettes

E-cigarettes often suffer from the same stigma as cigarettes despite the fact that only one has been proven to cause health problems. It seems that public attitude is slowly moving in favour of e-cigarettes and due to this it’s unlikely that people will call for them to be banned in public like they did with cigarettes.

Trump should invest in Amazon, not destroy it

Free stock trading app Robinhood rockets to a $5.6B valuation with new funding round