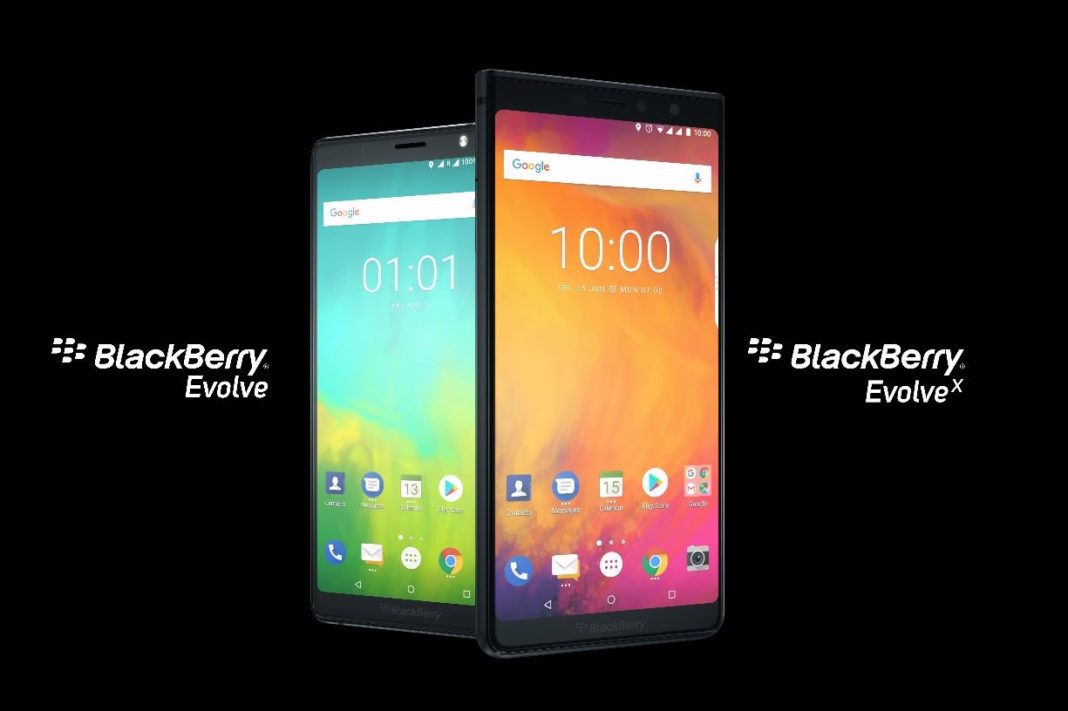 Its 2018 and blackberry still hasn’t given up yet! Their previous flagship the Blackberry Key 2 was a solid device that suffered anaemic sales due to a very high ill-defined price tag. Even so, the company is still hopeful and has now announced two new devices, the Blackberry Evolve and Evolve X.

The anaemic sales weren’t all to a surprise as Blackberry Key 2 only appealed to a niche consumer base thanks to its physical keyboard layout and extensive focus on security. Thankfully, the Evolve / Evolve X does not follow their predecessor’s footsteps, as Blackberry has now finally opened up itself to a larger audience by keeping an all screen display.

The Blackberry Evolve was announced to press on August 2nd, a few days after releasing a teaser video on Blackberry India’s YouTube channel.

A Midrange and a Budget device,

Yes, you heard that right. Unlike blackberries previous attempts that focused exclusively on the flagship market, Blackberry has finally decided to enter into the wider midrange-budget market with their new devices.

From a physical standpoint, both devices are very similar supporting an aluminium frame and a rubberised back. Both devices also have the same 5.99-inch FHD+ 1080 x 2160 pixels, 18:9 ratio IPS LCD Display.

Both of the devices comes with two completely diffrent camera setups, the higher end model supports a primary camera is a 12 MP with f/1.8 aperture, while the second is a 13 MP, f/2.6 aperture camera. The lower end Evolve supports a dual 13 MP primary and secondary cameras, further information regarding the cameras have yet to be announced. Both devices share a similar 16 MP front-facing camera.

Both devices share a behemoth 4000 mAh battery with support for Qualcomm Quick Charge 3.0, the battery should be plenty enough for day’s worth of charge.

Are you ready for a Smart Ring?

Apple’s 2019 Mac Pro will be shaped by workflows