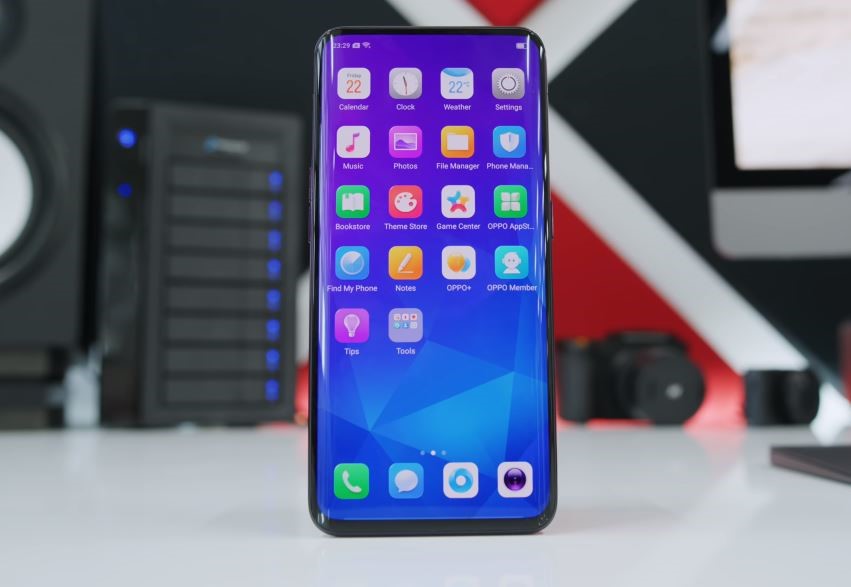 Thinner bezels, awkward aspect ratios, polarizing notches & half-baked dual cameras; have been the increasing trend for any phone released in 2018, although the award for the most influential trendsetter for this year goes to Apple’s solution for reducing bezels, the “notch”. Initially gaining polarizing reviews from public and critics alike, the “notch” has now become a standard feature for many midranges and up smartphones released this year. Even so, now the challenge for OEM’s have turned into a battle against notches.

A premium on all Accounts!

Now here comes OPPO, with a truly bezel-less device with a record-breaking 93.8% screen to body ratio! And how did they achieve this? Instead of a static body, like every phone ever made; OPPO integrated a moving mechanical part into the body, which in turn lifts up to show the hidden rear & front-facing cameras of the device when needed.

The Find X also manages to carve in a premium metal/glass build, the beauty of the phone is furthermore amplified thanks to the 6.2-inch bezel-less FHD+ AMOLED display.

The device is too perfect on almost all accounts, except a major one; Durability!

The reason why most manufacturers prefer not having mechanical parts in a device is that moving parts can significantly affect a phones durability. Mechanisms might fail due to dust or water, as moving parts make water resistance/dust proofing near impossible to be integrated into a phone.

Also, did I mention about the fingerprint reader? probably because there isn’t one, Instead OPPO decided to go with a new FaceID feature by adding a bunch of new sensors into the moving parts for security.

Although there isn’t anything inherently wrong to have a face scanner over a fingerprint reader, the fact remains that the phone has to lift up its hidden “notch” every time just for unlocking the device, granted the Find X does this efficiently by completing the task under 0.5 seconds. Such usage over time can significantly affect the motors longevity.

According to a video released by JerryRigEverything, a professional mobile torturer! The phone performed fairly decent in most aspects until it came to the bend test. The phone flexed to the point where the display and the back glass panel cracked. Mind you, more than 90% of the device tested in that channel comes out of the bend test fairly unharmed.

According to the youtuber himself, the probable cause of this can be attributed to the fact that there isn’t any metal or structural inside the device to handle such stress. 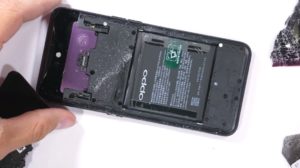 Is this the future?

It could be, but it could also not be. Devices like the Find X are very early in this new market unless devices by other OEM’s adopt mechanical solutions, its difficult to predict where the industry will move next. Maybe something more innovative and durable will come out soon enough.

In conclusion, the Find X is a 1000$ beautiful experiment and may appeal to a niche set of consumers, but it’s not yet practical or durable for any general consumer yet.

iPhone X and the X factor?