Home Phones Huawei Nova 3 and 3i; What’s the Deal? 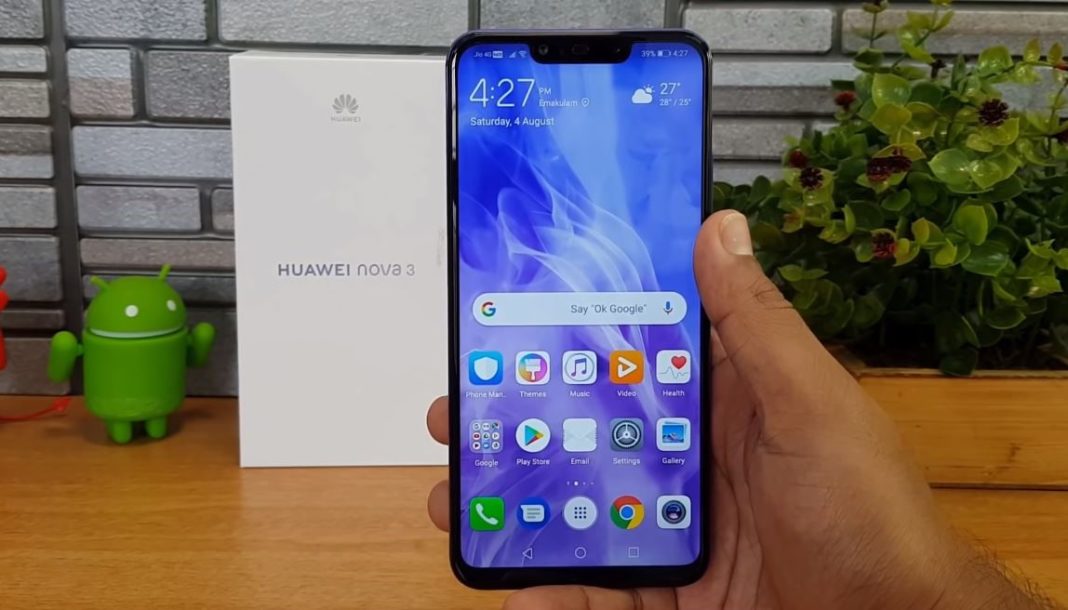 Supporting a massive 6.3-inch FHD+ notched display, a unique 4 camera set up and a spectacular design borrowed from its elder brothers ( The Huawei P20/Pro/Lite), the Huawei Nova 3/3i seems to be offering a lot more for the price it’s asking for.

The phone was announced by in SHENZHEN, China by Huawei about a month ago along with a number of other products. With pre-orders starting in mid-July, the device started shipping on July 26th. The device is expected to release with Android 8.1 Oreo out of the box with EMUI 8.2 skin on top of it.

Probably the biggest stand out feature for the Nova 3 has to be its internals. The device comes with flagship Kirin 970 SoC, the same chipset used in the Huawei P20/Pro, 4 or 6 GB of Ram based on region/model, 64/128 GB internal storage options with support for expandable storage, an outstanding 3750 mAh battery and a quad camera set up while being able to cram in USB type C and a 3.5mm Audio Jack, Sweet!

Meanwhile the lower-end variant, the Nova 3i comes with the newly announced Kirin 710 which is said to be much faster and efficient compared to its earlier midrange chipsets.

The design language for both devices is near identical with dimensions only being a bit thicker by a fraction for the lower end device.

The Display and Cameras

Thanks to the fingerprint scanner present in the back, instead of the front of the device like the P20 Pro, the Nova 3 and 3i has a larger screen to body ratio comparatively.

Also worth mentioning is that the “notch” is now larger as it now supports two cameras and a new IR sensor for face unlocking.

Moving onto the cameras, the Nova 3 comes with a primary 16 MP RGB and a secondary 24 MP B/W cameras both at f/1.7 aperture. The front cameras consist of a 24 MP f/2.0 camera and another 2 MP camera solely for extracting depth information for portrait selfies.

The Nova 3i supports the same front camera setup. But the rear cameras are downgraded to a 16 MP f/2.2 primary and a 2 MP secondary camera for depth information.

Huawei has also focused a lot more on security this time around. The newly added array of sensors including an infra-red sensor can read faces even in the darkest conditions for face unlocking. Thanks to the new GPU Turbo graphics processing technology, gaming is made even better as the new technology ramps up the device’s performance.

OutVoice makes it dead simple for editors to pay freelancers

Microsoft says it is “dismayed” by the forced separation of migrant families at the...

Miles gives you reward miles for almost everything