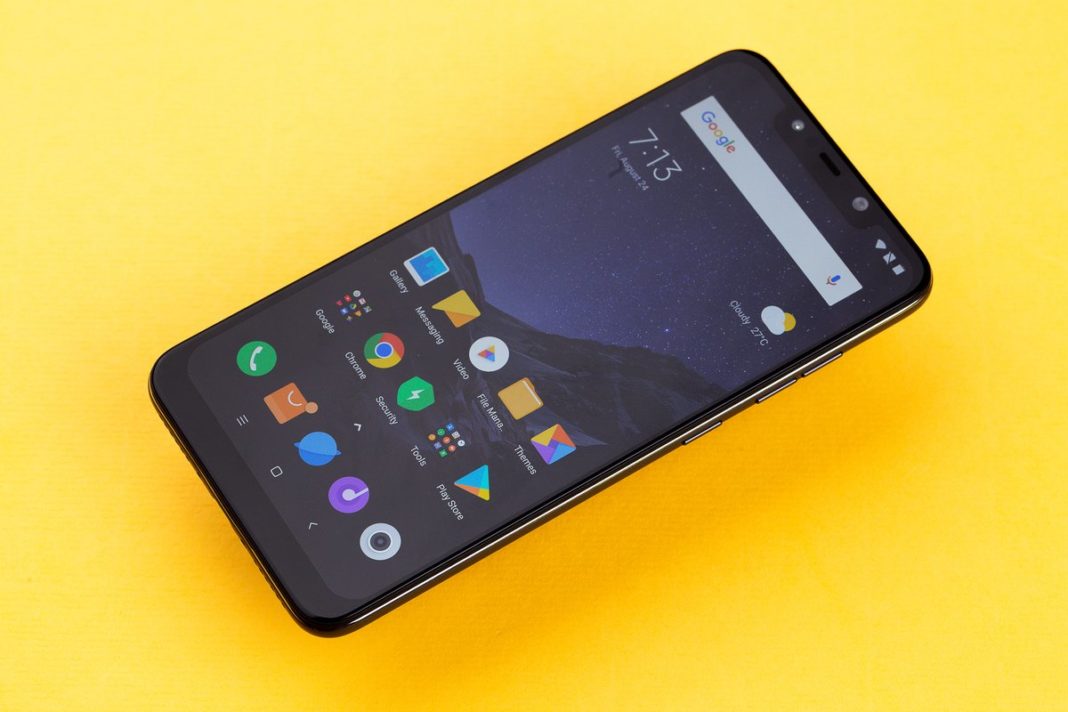 About a week ago, Xiaomi announced their Poco F1 (F-one), to everybody’s surprise the device showed up with flagship specs that could rival actual flagships for an unparallel price. This has brought down a lot of excitement for this device & Xiaomi.

So how much “excitement” does this device carry for only a mere 300$?

To start off with, the device is supported by SnapDragon 845 chipset & Adreno 630 GPU… Yeah, the same chipset we saw in the newly announced 1000$ Samsung Galaxy Note 9.
This is followed up by a 256 GB internal storage with 8 GB RAM or 64/128 GB internal storage with 6 GB RAM variants. The Poco F1 also supports a Dual Sim/MicroSD expansion slot as well.

Coming over to the cameras, the Poco F1 carries a dual camera setup of one 12 MP primary sensor of f/1.9 and a 5MP secondary depth sensor of f/2.0. The rear cameras support up to 4k recording, but with no OIS. The front camera is a single 20 MP sensor of f/2.0 aperture.

The whole setup is powered by a massive 4000 mAh battery, which can be charged up quicker than ever with the support of Quick Charge 3.0, that’s to the device having USB C Type.

On the Physical Side of things. the device comes with a 6.18-inch “notched” display of 1080 x 2246 pixels at an aspect ratio of 18.7:9 ratio. The device also maintains a spectacular 82.2% screen to body ratio. Early reviews state that the display could easily be the weakest point of the device, as viewing angles and maximum brightness are below average.

The whole device is covered in a unibody design with a Poly Carbon Back, in other words; Plastic. The device also comes with a special expensive variant with Kevlar coated back panel.
The front notch also carries over some face-unlocking features using an infrared sensor

Unfortunately, the Poco F1 is region restricted, or so it was thought.. Later this week, Xiaomi decided to expand the release of the Poco F1 to 61 different countries! The normal variant is supposed to cost around 300$, while the highest end model costs a surplus of 400 $+.
With such an aggressive pricing, Xiamois’s Poco F1 is undoubtedly the cheapest flagship out in the market.