Home Tech Blockchain Beyond the Hype! 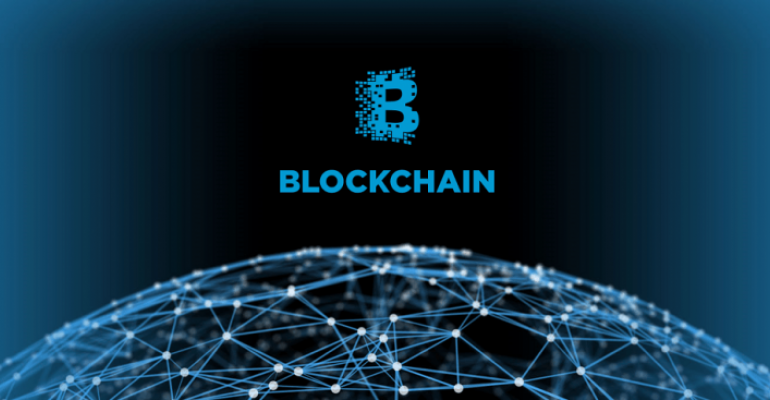 Technology is fast growing, and the world is currently running after Buzzwords. Buzzword has a cycle, which can last for months to years. Some of the buzzwords which died in past were wearable technology, Segway, pebble and many more.

Bitcoin success gave birth to the buzzword “BLOCKCHAIN”. Now everyone talks about it. Every organization wants a Blockchain department, every technologist wants to talk and write about it. People who believe Blockchain can solve everything from global financial inequality to access to financing for start-ups, the provision of ID for refugees, to solving supply chain problems and enabling people to sell their houses without needing an estate agent. It has started to seem that the most intractable of the world’s problems have merely been waiting for blockchain to arrive. This is not only misleading and untrue but also becomes a barrier to decision-makers in taking a balanced perspective on the technology.

Therefore, let me start with the definition of blockchain technology by Don & Alex Tapscott, authors Blockchain Revolution (2016),” The blockchain is an incorruptible digital ledger of economic transactions that can be programmed to record not just financial transactions but virtually everything of value.” In technical terms, blockchain is singly linked list. Each block has a hash of the previous block, which can act as a pointer to the previous block. It can easily be termed as worst kind of database available, expensive to implement, maintain and scale. So, if any organization really need to move from centralized ledger to distributed ledger, click on the link. Hype is so high that ‘Long Island Iced Tea Corp’s shares jump 432% after new name includes the word ‘blockchain’, the currency’s ledger technology.’(Source). 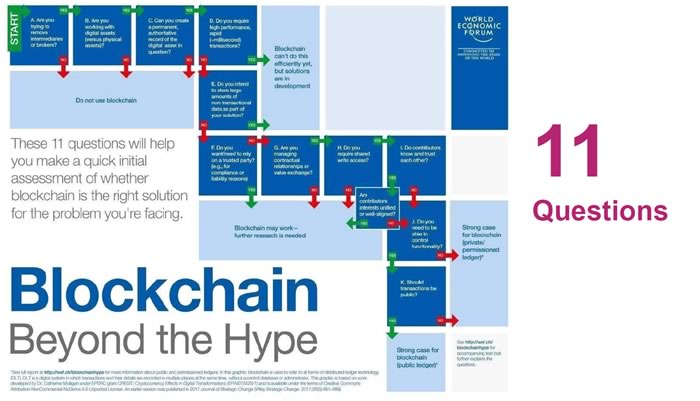 So let us remove the noise, and go on actual problems which blockchain can really solve/solved or solving –

See around the globe, currency manipulation has ruined the economies and left its people high and dry. Argentine is going through the phase of hyperinflation (source), Zimbabwe and many more economies crumbled due to bad leadership. Bitcoin or any cryptocurrency, which is not under the hand of any government and is work based on mathematics, not politics, can solve money issues. Public ledger of these currencies makes sure that manipulation possibilities are almost impossible.

Every economy spends billions of dollar in the election process to get genuine leaders elected by people. Nevertheless, we still end up getting manipulated elections, it is not just the problem of developing or poor nations, and the USA last election is mar with so many controversies. Blockchain smart contracts can solve this issue for all. Voting through smart contract and crypto-keys will permanently stop alteration and hacking of votes.

Interpol, the international police organization, teamed up with Europol in the biggest fake-food raid in history, Time reports. Over two months, the groups seized more than 2,500 tons of fake and sub-standard food from 47 countries around the world (source). We can use a smart contract on blockchain to follow the complete food/product chain, which would confirm the right food reaches right places. Supply chain using smart contracts will make sure supplies are unaltered and untampered. Good news is that things are already taking shape- Commonwealth Bank of Australia Ships 17 Tons of Almonds to Europe With Blockchain and De Beers turns to blockchain to guarantee diamond purity to name of few.

Some other breathtaking ideas, which are feasible using blockchain –

I would like to end this article by saying that, yes, we have found a solution for many unsolvable problems, but this is just the beginning of the journey. We are still in the initial days, as the technology still lack real implementation in most of the sector. Blockchain also faces big hurdles due to lack of rules standards around the globe. So be ready to embrace the new technology, be open-minded and be part of this change called ‘BLOCKCHAIN’

However, please do not be this blue-suit person 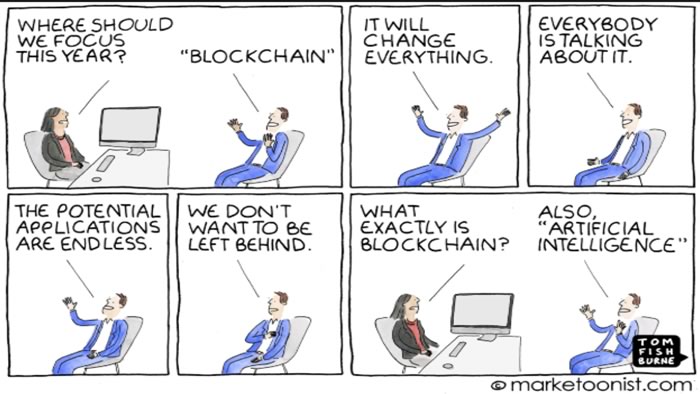