Home Phones Huawei Mate 20 and Mate 20 Pro; Everything you Need to Know! 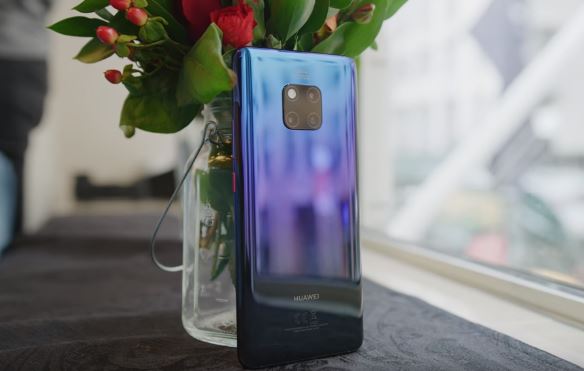 Huawei’s latest new flagships could single-handedly be one of the more exciting phones to release in 2018. Feature packed with striking design choices, the Chinese company drifts away from its history to make their own flagship standalone devices that can not only rival any flagship smartphones by Google, Samsung or Apple but stands out from the crowd as well.

Packed to the Brink with Features

Internally, both the Mate 20 and Mate 20 Pro is powered by the new Kirin 980 Chipset- the first 7nm based processor by Huawei that is said to have 37% better CPU performance and 32% more efficient compared to its Snapdragon counterpart, the SD 845.
The CPU is paired with the Mali G76 GPU and 6 GB of ram with an additional 4 GB ram variant available for the Mate 20. Both devices support 128 gigs of internal storage with support for a “Nano” Micro SD card that will be available to buy via Huawei – although there isn’t much information about it as of right now. Both devices are run by the new Android 9.0 Pie with EMUI 9.0 on top of it.

The Battery and Displays

The Mate 20 Pro is fueled by a massive 4200 mAh battery that can charge up to 70% in only 30 minutes thanks to their new 40W fast charging technology. The Mate 20 Pro also supports a new quirky feature that lets your “reverse charge” other devices using Qi wireless charging. Meaning you can use Mate 20 Pro as a power bank to charge other devices, even smartphones!
The Mate 20 also doesn’t fall behind in terms of battery, as it powered by a 4000 mAh battery that can charge up to 58% in 30 minutes using a 4.5V/5A adapter.

The biggest difference between the Mate 20 Pro and the normal variant are the displays. The Mate 20 Pro carries a 6.4-inch OLED panel of 1440 x 3120 pixels. Meanwhile, the Mate 20 only supports a 6.5 inch IPS LCD panel of 1080 x 2244 pixels. Another distinction is to do with the notches, the Mate 20 Pro supports a larger notch that carries a dot projector and other sensors required for more a more accurate and secure face unlock – much like the new iPhone Xs. The Mate 20’s design is kept simple with a teardrop style notch that only carries the front-facing camera. The Mate 20 also have curved display across the sides just like most Samsung flagships.

Both devices are integrated with extensive AI features to operate its cameras, such as the highly acclaimed Night mode that lets users take hand-held long exposure shots without any motion blur. The video stabilisation also relies a lot on AI instead of hardware.

All these features come with an equally higher price tag, the Mate 20 Pro is set to cost around 1000 EUR which is actually on par with other high-end flagships such as the Note 9 or the iPhone Xs. The normal Mate 20 is set to cost around 800 EUR.
The devices are expected to release in most major markets in the coming weeks.

Marc Raibert, Melonee Wise and more will be speaking at TC Sessions: Robotics May...

Android users can now message from the web