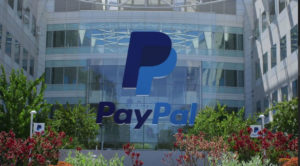 PayPal has shut down several accounts, including those for far-right group the Proud Boys and their founder, Gavin McInnes, for the promotion of “hate, violence, or other forms of intolerance.” Several anti-fascist groups were also banned as part of the same wave of policy enforcement.

PayPal confirmed the bans to TechCrunch, which were first reported by BuzzFeed News. The Proud Boys are a right-wing organization that has until recently managed to avoid being labeled a hate group. However, the group’s increasing prominence, involvement in violent altercations and clear ties to white nationalism have earned it that dubious designation on a growing number of venues.

The organization was banned last week from Facebook, on which its many chapters relied for recruitment and propagandizing purposes.

As Gab, Hatreon, Infowars and others have found, it can be quite difficult for sites, companies or organizations that align themselves with hate and intolerance to use popular services online. Although some decry this as censorship or some other infringement of free speech, the terms of service are generally quite clear: groups employing or endorsing hate or violence are simply not welcome on these private platforms.

PayPal explained its actions in the following statement:

Striking the necessary balance between upholding free expression and open dialogue and protecting principles of tolerance, diversity and respect for all people is a challenge that many companies are grappling with today. We work hard to achieve the right balance and to ensure that our decisions are values-driven and not political. We carefully review accounts and take action as appropriate. We do not allow PayPal services to be used to promote hate, violence, or other forms of intolerance that is discriminatory.

In addition to the Proud Boys and McInnes (and, yesterday, U.K. nationalist Tommy Robinson), PayPal banned a number of anti-fascist, or antifa, groups in Atlanta, Sacramento and other cities. These are generally considered far-left, and although some antifa are known for violent protest or stoking conflict with police during demonstrations, it’s far from a core principle, if such a loosely organized group can even be said to have one.

This doesn’t prevent these groups from doing what they do, of course. But it can make it difficult to support themselves financially, and exclusion from platforms like Facebook complicates communication and organization.