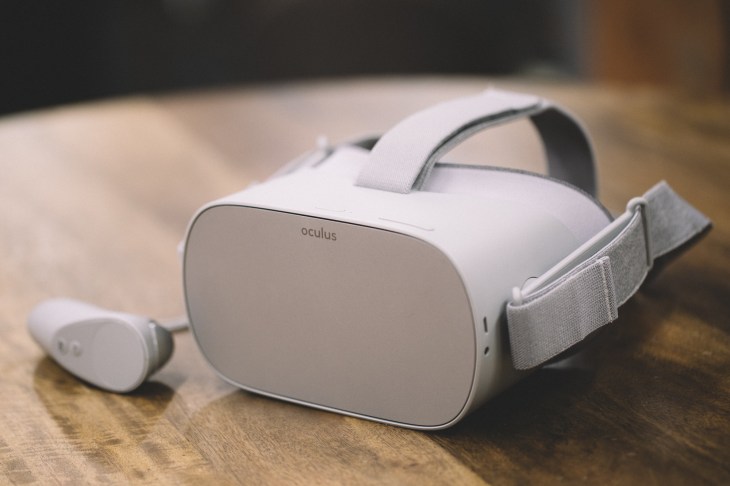 YouTube brings plenty of content in conventional and more immersive video types. It’s undoubtedly the biggest single hub of 360 content and native formats like VR180, though offering access to the library at large is probably far more important to the Oculus platform.

One of the interesting things about Oculus’s strategy with the Go headset is that gaming turned out to be the minority use case following media consumption. If you find it hard to believe that so many people are out there binging on 360 videos it’s because they probably aren’t. Users have kind of co-opted the device’s capabilities to make it a conventional movie and TV viewing device, there are apps from Netflix and Hulu while Facebook has also built Oculus TV, a feature that’s still in its infancy but basically offers an Apple TV-like environment for watching a lot of 2D content in a social environment.

At the company’s Oculus Connect conference this past year CTO John Carmack remarked how about 70 percent of time spent by users on the Go has been watching videos with about 30 percent of user time has gone to gaming. Oculus has positioned itself as a gaming company in a lot of ways via its investments so it will be interesting to see how it grows its mobile platform to make the video aspect of its VR business more attractive.

With YouTube, the company has pretty easy access to effortlessly bringing a bunch of content onboard, this would have been a great partner for Oculus TV, but a dedicated app brings a lot to users. It wasn’t super clear whether Google was going to play hardball with the YouTube app and keep standalone access confined to its Daydream platform, as the company’s homegrown VR ambitions seem to have grown more subdued, it looks like they’ve had some time to focus on external platforms.

Ford plans to spend $4 billion on autonomous vehicles by 2023

Diversity and inclusion, data privacy and security ops will be on everyone’s mind at...