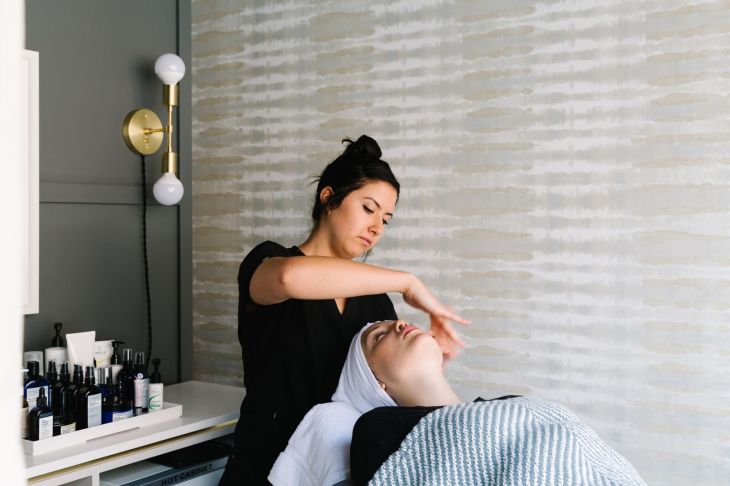 Heyday, a startup aiming to make facials more affordable and personalized, announced today that it has raised $8 million in Series A funding.

I first wrote about the company a year ago, when it raised its $3 million seed round. At the time, co-founder and CEO Adam Ross said his goal was to offer something that sits between expensive, high-end facials and “random little places that are generally cheap in a bad way.” (Heyday pricing starts at $65 for a 30-minute session.)

The company currently operates six brick-and-mortar locations — it started in New York City but recently opened its first Los Angeles store. At the same time, Ross said the website was recently redesigned to offer a more “frictionless” booking experience, and the company also says it can use its “Facial Record” of customers to personalize the treatment and products.

Moving forward, the goal is to both open new physical locations (particularly in LA), but also to continue investing in the technology.

“It’s not an either/or — we see mutual growth and expansion across both channels,” Ross said. “The physical footprint is always going to be a key pillar of our brand strategy, but to win and service customers’ needs in this space, you need to be online.”

Ross also suggested that Heyday is changing the way customers look at facials. For one thing, 30 percent of its customers say they’ve never had a facial before. In addition, Ross said they’re starting to see facials not as an occasional luxury, but as a regular part of their wellness routine: “Most of our clients think about us like an Equinox membership.” And they should, he argued, especially since “your skin is your largest organ.”

“We are in the midst of a significant shift in the retail industry, where marquee brands are moving from digitally native to an omnichannel model,” Campos said in the funding announcement. “We believe the team at Heyday is offering the best experience across both digital and physical touchpoints, and we are thrilled to partner with them to help navigate this complex process and position them for success.”

Alexa gets smarter about calendar appointments