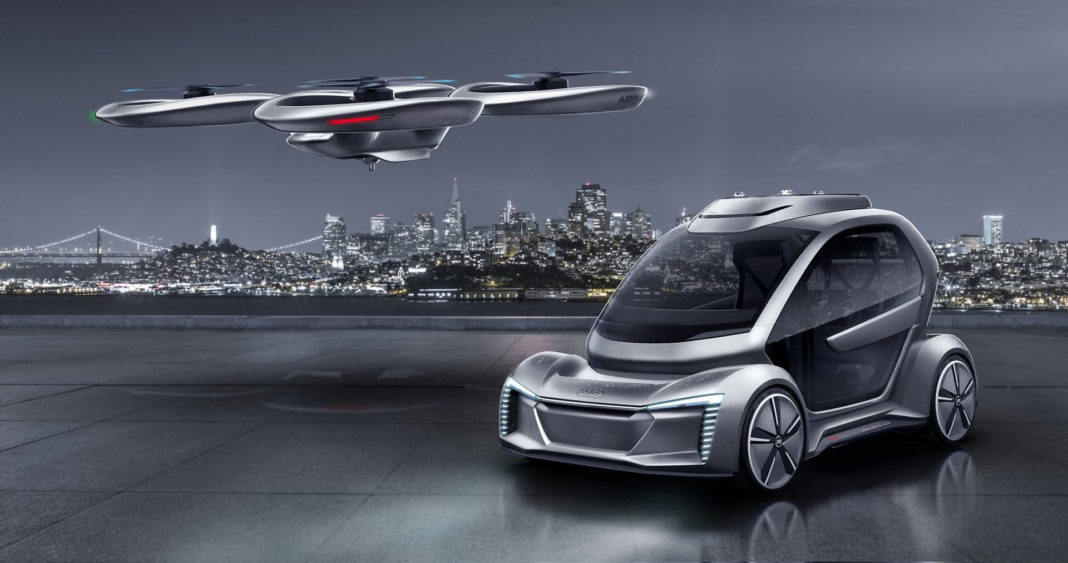 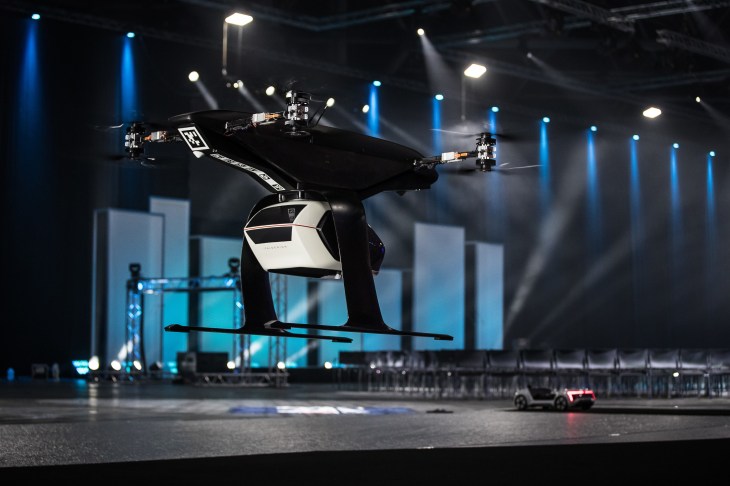 Germany automaker Audi, Airbus and Italdesign presented Tuesday a scaled-down version of its vision of the future: a drone that can pluck the cab off of an autonomous electric vehicle and then fly off to its intended destination.

The companies showed off the flying taxi concept Tuesday during Drone Week in Amsterdam.

To be clear, what the companies showed was a working prototype and one that isn’t big enough for human being to ride in. The prototype of “Pop.Up Next” was a 1:4 scale model.

Still, the companies provided a bullish vision of the future that they say could be just a decade away.

“Flying taxis are on the way. We at Audi are convinced of that,” Dr. Bernd Martens, Audi board member for sourcing and IT, and president of the Audi subsidiary Italdesign said in a statement. “More and more people are moving to cities. And more and more people will be mobile thanks to automation. In future, senior citizens, children and people without a driver’s license will want to use convenient robot taxis. If we succeed in making a smart allocation of traffic between roads and airspace, people and cities can benefit in equal measure.”

Audi said in a description under the YouTube video, that the flying taxi service could be deployed as “soon as the coming decade.”

To prepare, Audi is conducting tests in South America in cooperation with the Airbus subsidiary Voom to learn what an on-demand flight service might look like. Customers can book helicopter flights in Mexico City or Sao Paulo, while an Audi is at the ready for the journey to or from the landing site.

“Services like this help us to understand our customers’ needs better. Because in the future, flying taxis will appeal to a wide range of city dwellers. With Pop.Up Next we are simultaneously exploring the boundaries of what is technically possible. The next step is for a full-size prototype to fly and drive,” Martens said.

Spotify and Hulu launch a discounted entertainment bundle for $12.99 per month

Google builds its own subsea cable from the US to France

BrainQ raises $5.3M to treat neurological disorders with the help of AI