Home Celebrities A photo of an egg has toppled reality star Kylie Jenner as... 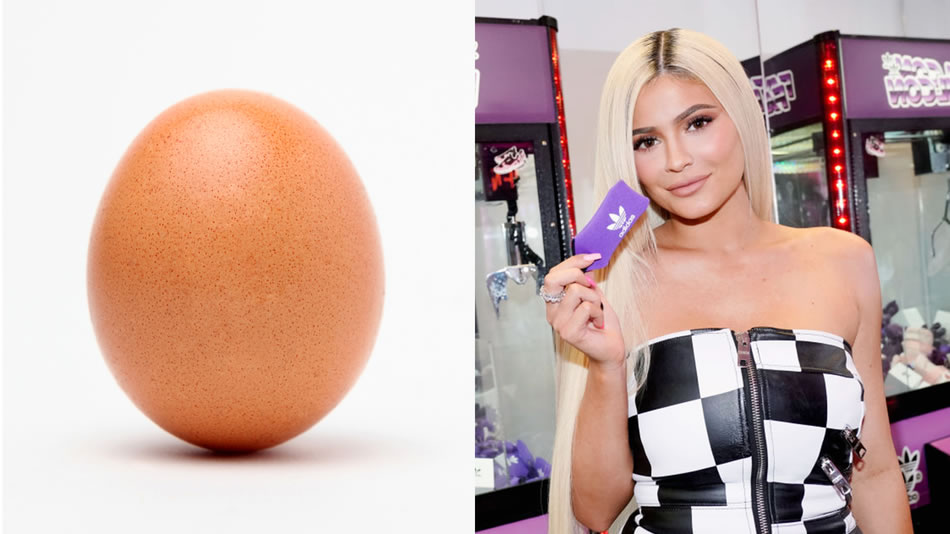 Unlike Jenner, who has 21 million Instagram followers, the egg account — “world_record_egg” — is a newcomer that seems to have been created in early January. Nothing is known of its ownership, although it now has 2.4 million followers which could — and I can’t believe I’m writing this… — make it an influencer account.

While much can be said about Jenner’s rise to fame, she’s a pretty successful entrepreneur. Her two-year-old ‘Kylie Cosmetics’ brand is estimated to gross over $600 million in annual revenue. While it is funny that a photo of an egg can take the record on Instagram there might be more to it. Jenner’s company trades on her brand, the egg could be a rejection or protest of today’s reality TV culture… which is best embodied by the Kardashians and, in particular, Kylie Jenner. That certainly seems the case looking at the splurge in new and egg-related comments on Jenner’s birth post from last year.

Maybe that’s wishful thinking and this is just another internet phenomenon that can’t be explained. It could simply be a joke that blew up, but don’t discount the potential that this is a stunt from a company launching a new product or wanting to make a splash.

Showing that she might have a sense of humor, 21-year-old Jenner acknowledged the new record in a video of her smashing an egg.

Yusaku Maezawa, a Japanese billionaire who is paying Elon Musk’s SpaceX for a trip to the moon, saw a tweet that offered nearly $1 million in prize money for retweets surpass a true internet phenomenon, U.S. teen Carter Wilkerson. Back in April 2017, Wilkerson took to Twitter to plead for free chicken nuggets; his original tweet now has around 3.6 million retweets.

Southeast Asia exit deal is a win, not a defeat, for Uber