Home Business What to expect from Mobile World Congress 2019 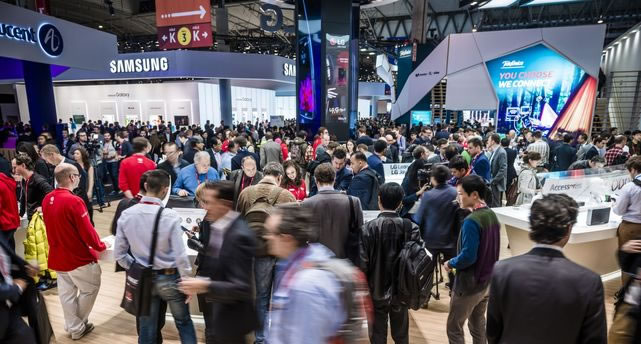 I’ve said it before, and I’ll say it again: 2019 just might be the year that smartphones get fun again. After years of similar form factors and slight upgrades, the mobile industry’s back is against the wall.

For the first time ever, sales are down, owning to economic factors and slower upgrade cycles. Most people who want good phones have had access to them for a while, and smartphone makers are providing fewer compelling reasons to buy new ones.

With their backs against the wall, handset makers are getting creative. We’ve already seen some early fruits from companies late last year and last month at CES. But MWC is really going to be their time to shine. It’s a much larger mobile show, and all parties know that everyone’s bringing the big guns.

Here’s what we expect to see in Barcelona February 24-28.

Huawei: The company looks to have a lot on tap for the event — in part because the North America-based CES is kind of a non-starter. CEO Richard Yu has hinted at a foldable and a 5G handset — which could well be the same phone. More mainstream are the P30 and P30 Pro. The company’s done a good job keeping it under wraps, but rumors about three or four rear-lenses have made the rounds.

LG: As is its move, LG has already announced the G8 ThinQ. We know that the new flagship will feature a front-facing camera with Time of Flight sensor that brings potential tricks like face unlock, along with AR applications. The V50 is also reportedly on tap, potentially bringing 5G along for the ride.

Microsoft: A surprise addition to this year’s show, Microsoft’s already announced an event for February 24, where we expect the company will show off the HoloLens 2. The next-gen version of the headset will arrive as the rest of the hardware and software world is finally ready to embrace augmented reality in earnest.

Motorola: The recent launch of the G7 may have taken the wind out of MWC’s sails, but rumors of a foldable Razr reboot are making the rounds.

OnePlus: We know that a 5G handset and the OnePlus 7 are both in the pipeline — and, perhaps, one and the same? There’s also tell of a closed-door event at the show, but most aren’t expecting any big unveils from the company.

Samsung: Don’t expect a ton out of Samsung this year. The company (inconveniently) is holding its big event a mere days before. Expect the S10 and all its iterations to get a big unveil that week in San Francisco, along with a preview of the company’s upcoming foldable. That doesn’t leave a heck of a lot for MWC, but perhaps we’ll get a peek into the world of wearables or PCs.

Sony: While Xperia phones have long felt like a bit of a loss leader, the electronics giant has always made a big show of launching flagship devices. Those, in turn, have long been a launchpad for some exciting camera tricks. This year, the Xperia XZ4 appears to be on tap for the event. The handset looks to be an interesting one, with a reported 21:9 aspect ratio display and a beefy 4,400 mAh battery.

5 Things Businesses Should Never Invest In: Corey Shader Details How Not to Waste Your Business’ Budget

Andrew Shader Explains: What Would a Recession Mean for the Housing Market?

Fairphone 3 is a Normal Smartphone with Ethical Shine

Everything That Apple Has Announced on March 08, 2022

For Apple, this year’s Global Accessibility Awareness Day is all about education