Home Blockchain Can we ever evaluate technical debt? 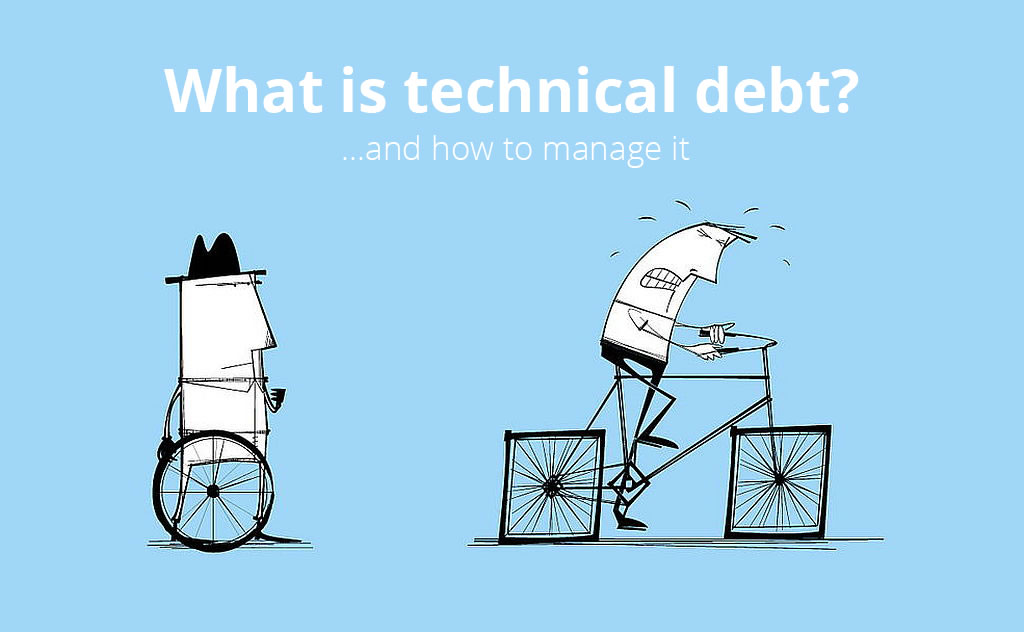 Every couple of months, I talk to an entrepreneur who is interested in building a marketplace for buying and selling app businesses (i.e. the actual IP and ownership of an app or other piece of software). These markets always seem to suffer from a lack of liquidity, and one reason why is that it’s really hard to know how much technical debt is latent in a codebase.

First, the developer behind the codebase may not even be aware of the technical debt they have piled on. Second, until a software engineer really understands a codebase, they are almost certainly not in a position to answer a question on technical debt authoritatively. That makes it hard to get third-party opinions on anything but the most simple codebases.

This opaqueness isn’t unique to software though. We lack tools for understanding the maintenance quality of assets — physical or digital — across our economy. Even when we do perform maintenance or hire someone to do it for us, it can be hard to verify that the work was performed well. How long does it take for an auto mechanic to truly evaluate the maintenance of a used car?

I was thinking about this challenge of evaluating maintenance when I read this deep dive into the economics of old housing by Akron’s head of planning, Jason Segedy:

It has been suggested to me, on more than one occasion, that indebted, college-educated Millennials could be lured back to the city by selling them these old, poorly-maintained houses for $1.00, and having them “fix up the house.”

People who say this do not have a realistic idea of what “fixing up” an old house entails—neither in terms of the scope of the rehabilitation work that would be required, nor in terms of the level of skill, time, and/or money needed to do the work.

Even in a low cost-of-living market like ours, $40,000 houses are generally not a “good deal.” They are almost always a liability. They are a ticking time bomb of deferred maintenance. They are an albatross.

In his own case:

All told, I have spent $93,400 on improvements to this house over the past 15 years. This works out to an additional $502 per month, above what I was paying in mortgage, taxes, and insurance. When you add all of that together, the total monthly cost works out to $1,439.

Maintenance is the secret challenge of any asset, physical or digital. We have been talking about the Tappan Zee bridge here a bit this week, and maintenance played an outsized role in forcing New York to spend even more money on a new bridge. From Phil Plotch’s book Politics Across the Hudson:

However, he also recognized that the Authority probably put less money into the bridge after it decided to replace it. “When maintenance folks know that a capital project is under design and will soon deal with the problems they have been battling for years,” he said. “They often back down a bit and turn their attention and resources to other areas.”

That didn’t work out so well:

One of the reasons the Thruway Authority wanted to build a new bridge in the late 1990s was to avoid replacing the bridge’s deck. However, the environmental review process took so long that the authority had to spend $300 million dollars to do exactly that anyway — after five-foot-wide holes started opening up along the length of the bridge.

Back in the software world, we have gotten much better about quantifying test coverage over the years, but we still seem to lack any means by which to evaluate technical debt. And yet, technical debt from my limited experience is hugely determinative on how fast product features can be launched.

It would be hugely helpful to have some sort of reasonably accurate grading system that said “this codebase is really up-to-date and clean” versus “this codebase is radioactive and run away from it.” Right now, so much of product engineering seems to be making decisions in the dark and discovering software quagmires. There has to be a better way.


Why we can’t build anything?

We’ve been obsessed with the infrastructure crisis in the U.S. lately and the question of “Why can’t we build anything?” In case you thought the California HSR shitshow was an isolated incident, think again.

Construction Dive provided some more details around the DOJ’s subpoena of the Honolulu High-Speed Rail Project (Honolulu Rail Transit) last week, which ordered the project leads to open up their books. Just like in California, after decades of debate, Hawaii’s project has been plagued by delays and cost overruns. Today, the project holds an estimated cost of around $9-10 billion, compared to initial estimates of $3-4 billion, and some academics and industry specialists are even saying that number is more like $13 billion-plus. The court order came just after a state-led audit found that much of the cost overruns could be tied to poor contracting, planning and management practices — just as in California.

Given the similarities here, it’s possible we could see the federal government try and pull back the $1.6 billion it had earmarked for the project if it doesn’t like what it sees. Despite calls for infrastructure improvement, the feds seem to be taking a tougher stance on the use of fed funds for these projects.

Construction Dive also highlighted that the $650 million renovation of Denver International Airport’s Jeppesen Terminal was delayed indefinitely after operators found structural deficiencies in the concrete. Sound familiar? Maybe it’s because in just the last year we’ve seen “structural deficiencies” mar SF’s Transbay Terminal project and DC’s Metrorail extension. Denver’s reclamation project is expected to cost $1.8 billion in its entirety and is a year behind schedule after breaking ground less than nine months ago.

The trade kerfuffle between China and the U.S. is sort of just continuing at a glacial pace. Literally glaciers, because Greenland got involved over the past few months. Greenland power politics is very far afield of TC, but I wanted to point out one little nuance that offers a worthwhile lesson.

Greenland has wanted to upgrade its airports for some time (there are no roads between major cities in the sparsely populated but huge country). But Denmark, which Greenland is a constituent country, has rebuffed those requests; that is, until the Chinese got involved. From a WSJ article:

After Kalaallit Airports short-listed a Chinese construction firm to build the new airports, Denmark conveyed its alarm to the Pentagon. After Mr. Mattis got involved, Denmark’s government asked a consortium led by Danske Bank to help assemble an alternative financing package.

Officials in Greenland were pleasantly surprised by the terms. “Even Chinese funding is not as cheap as this,” Mr. Hansen said.

“He was not into it at all—until the Chinese showed interest,” said Aleqa Hammon, Greenland’s former prime minister, speaking of [Danish Prime Minister] Rasmussen.

This is how you negotiate! Get two larger adversaries lined up on either side of the line, and just start going back and forth between them. This works with Google and Facebook, Sequoia and Benchmark, or any other competitors. At some point, the game isn’t just a deal, it’s also the face-saving that comes from not losing to the competition.

Earlier this week, we talked about how security exchanges around the world were looking to loosen fundraising rules for young companies. The softening of these rules might be indicative of a wider trend, with Japan now proposing revised rules to make it easier for startups to fund raise through traditional brokerages and trade shares of listed companies. While the motivation here may not be to attract IPO deals like it seems to be in the U.S. and China, with the creation of more funding alternatives and with companies opting to stay out of the public markets for longer, national securities industries seem to be trying to brand themselves as the best venue for young companies to grow.