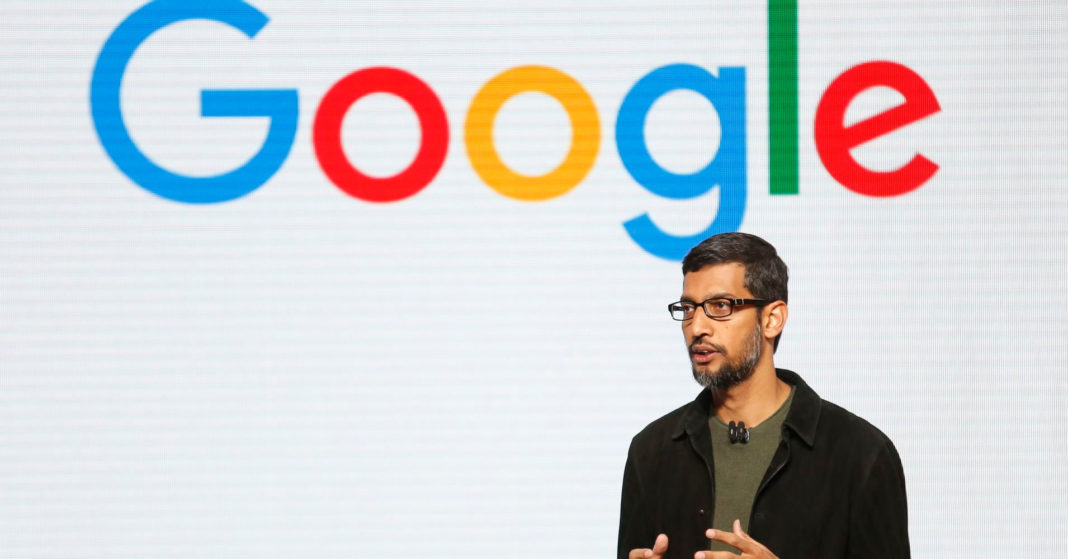 Let me blunt up front: I think Google should launch a censored search engine in China (albeit with careful organizational boundaries). And I think that Google employees who would undermine such a project need to step down and walk out the front door to opportunities more in line with their purported values.

I am reacting to Ryan Gallagher’s piece yesterday in The Intercept, in which his sources within the search giant have been tracking changes in the Project Dragonfly software repository, the code that would power a hypothetical Google search engine in China. As Gallagher wrote:

But Google executives, including CEO Sundar Pichai, refused both publicly and privately to completely rule out launching the censored search engine in the future. This led a group of concerned employees — who were themselves not directly involved with Dragonfly — to closely monitor the company’s internal systems for information about the project and circulate their findings on an internal messaging list.

Gallagher seemingly celebrates the guerrilla actions of these disaffected workers, but what confuses me is why these employees continue to work at Google at all? It’s one thing to vociferously argue against a business decision within the confines of a corporate campus; it is something completely else to regularly track activity and leak that to a journalist. When did Mountain View become Capitol Hill?

At least some employees appear to be understanding that paradox and taking action. As Gallagher wrote:

The lack of clarity from management has resulted in Google losing skilled engineers and developers. In recent months, several Google employees have resigned in part due to Dragonfly and leadership’s handling of the project. The Intercept knows of six staff at the company, including two in senior positions, who have quit since December, and three others who are planning to follow them out the door.

If you disagree with the ethics of your company, the best course of action — particularly in the strongest employment economy in years — is to find a job more in line with your values.

Dragonfly and the intensifying ethical tradeoffs of tech

That said, these ethical tradeoffs are a pattern we are going to see more and more frequently in tech. The intellectual and ethical purity of the original internet as written by people like John Perry Barlow has been subsumed by the power politics of capitals like Washington, Beijing, and Brussels.

The internet as independence movement is 100% dead.

That makes the ethical terrain for Silicon Valley workers much more challenging to navigate. Everything is a compromise, in one way or another. Even the very act of creating value — arguably the most important feature of Silicon Valley’s startup ecosystem — has driven mass inequality, as we explored on Extra Crunch this weekend in an in-depth interview.

What’s worse is that product designers are losing their agency to even affect those tradeoffs. A decade or two ago, Google might have made something of a difference in the development of the Chinese internet. But today? It’s impossible for me to see how Google could convince the Chinese Communist Party of, well, pretty much anything.

There is an incredible arrogance that a product decision made at Google these days will somehow affect the course of Chinese civilization. As Gallagher concluded his piece:

If Google is still developing the censored search engine, [Anna Bacciarelli, a technology researcher at Amnesty International] said, “it’s not only failing on its human rights responsibilities but ignoring the hundreds of Google employees, more than 70 human rights organizations, and hundreds of thousands of campaign supporters around the world who have all called on the company to respect human rights and drop Dragonfly.”

“Respect human rights” by not offering a censored search product in a country where every other search engine already has the same censorship? What exactly is Google pioneering here? How does its entry negatively affect anything or further deny human rights?

China is now the world’s largest internet userbase, and Google ignores it at its peril. I want Google services in China, if only because I trust Google far more than other companies (American or Chinese) to try to push toward openness even in a closed system. Maybe it will censor slightly less than its competitors — and isn’t that what progress looks like?

Technology in this context isn’t about disruption or liberation but about the margin: it’s the tweaks in aggregate that might one day make a difference.

Yes, there are huge implications for execution. Creating an independent operating unit with its own P&L and separately reported financials would be critical to ensure that Chinese censorship policies don’t seep into Google’s main search product in the West. Thankfully, Alphabet is already setup to do just that.

I am a resolute defender of human rights, but the world is the world. China’s government has incredible control over its internet, and those constraints are unlikely to relax in the short-to-medium term. Google can be “pure” and just ignore the largest internet market in the world, but that seems like a seriously naive tradeoff. Far better to engage and try to find venues to push for openness, even if it will be mostly unsuccessful.

Like that strategy or hate it, but these sorts of compromises are increasingly the future for Silicon Valley. In this way, the tech industry is joining the ranks of pretty much every other industry in the economy. Changing the world sometimes means playing by unfair and dubious rules.

Dubai Opera: All ready to open this year

UK parliament’s call for Zuckerberg to testify goes next level