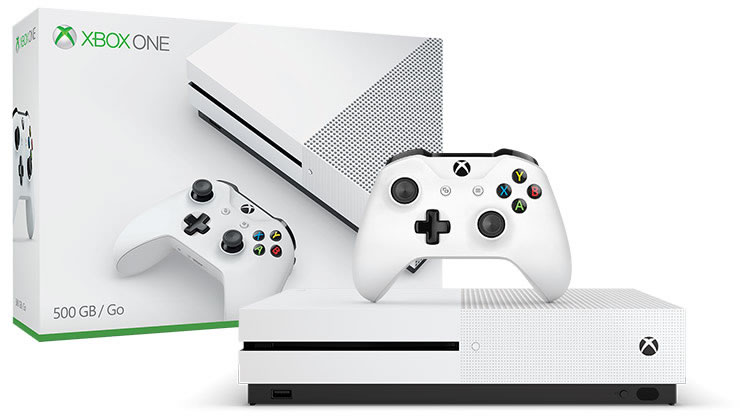 Microsoft is about to launch an even cheaper Xbox One S. In order to cut costs, the company is removing the Blu-ray disc drive altogether. According to leaked marketing images spotted by WinFuture (via Thurrott), the console could launch on May 7th for €229 in Germany.

Given that the launch is just a few weeks away and that those marketing images line up perfectly with previous rumors, chances are this is the real deal.

Microsoft states clearly that this console is only for digital games. If you already have physical Xbox One games, you won’t be able to insert them in the console.

Customers get three games for free with the console through download codes — Minecraft, Sea of Thieves and Forza Horizon 3. You can then buy more games in the online store or subscribe to the Xbox Game Pass to access a library of games.

This model should cost €229 in Germany, but you might be able to buy it for less. For instance, an Xbox One S officially costs €299 on Microsoft’s website, but you can easily buy it for €200 on Amazon and through other retailers.

Microsoft usually uses the same price points in USD, so I wouldn’t be surprised if the Xbox One S All Digital officially costs $229 in the U.S.

It’s clear that Microsoft is testing the market with this console. The company has been pivoting to a subscription model. The Xbox brand is evolving from a gaming console brand to a service brand. This should be Microsoft’s key differentiating factor with the next generation of consoles.

Technique to beam HD video with 99 percent less power could sharpen the eyes...