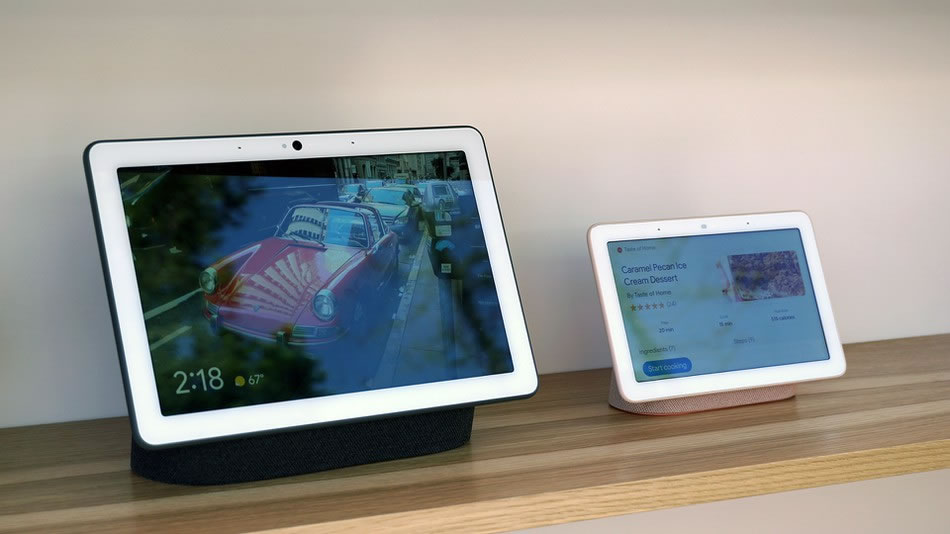 The Home Hub has been a hit for Google, eclipsed only by the Mini in its smart home hardware line. That’s for good reason, of course. The device is the ideal size and priced well, making it a minimally invasive device for a living room or kitchen. Among other things, it marked a great alternative to the bulky Echo Show. And now it’s called the Nest Hub.

Today at Google I/O, Google announced a shift in its smart home device brands. Everything will be under a Nest banner, starting with renaming the Google Home Hub to the Nest Hub.

For those looking for something a little heartier, Google just announced the Nest Hub Max. Part of the rebranded Nest Displays, the product offers up a 10-inch display. Even more interesting, however, is the addition of a camera — something that was notably missing from the 7-inch Home. It initially seemed like a strange thing to overlook, but in a time when everyone’s on edge about personal privacy, it was honestly a bit refreshing.

As its name implied, smart home control was always a key focus for the Home Hub. The newfound association with the Nest line, coupled with a built-in Nest security camera, finds Google doubling down on that functionality. The Nest name certainly makes sense from the standpoint of the company’s home security and automation features, while also helping Google reassert its commitment to the company it purchased in 2014. The Max also features an improved speaker set with a rear-facing subwoofer.

Hub Max is designed to be used by everyone in the home and personalizes the responses based off the user’s voice or face detection. This allows the device to display information most relevant to the user.

Last year, Google moved away from letting Nest operate independently, instead rolling it up into its hardware division. The launch of the Nest Hub Max represents a key step toward that hardware synergy.

With this rebranding, the Nest Hub gets a lower price of $129 (though the Home Hub can be readily purchased for much less) and the Nest Hub Max will cost $229.

Android users can now message from the web