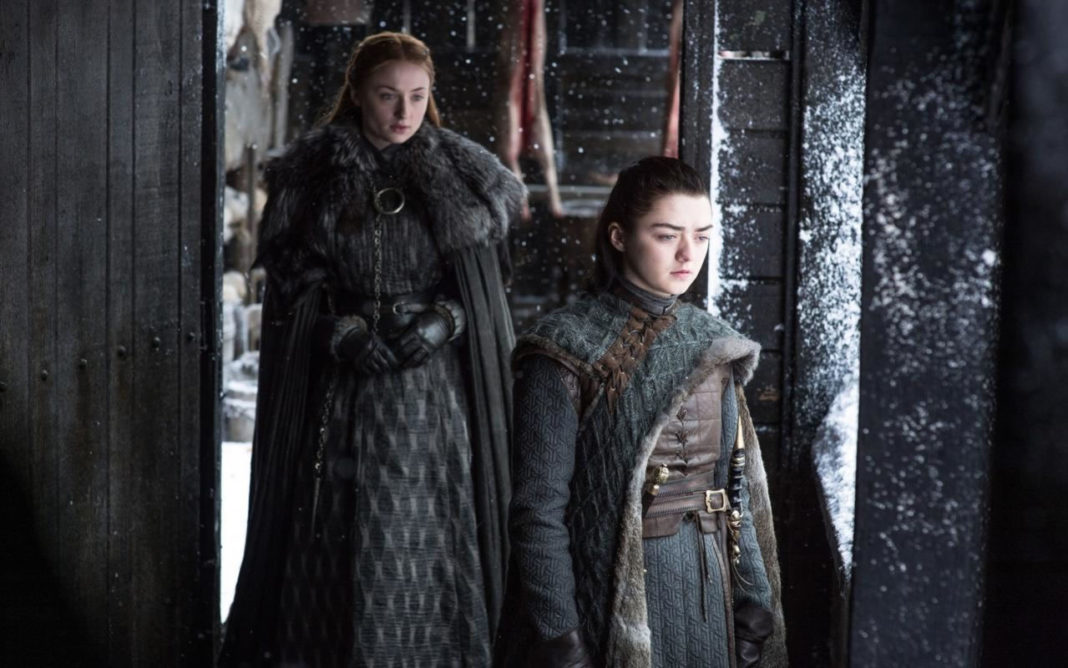 And so, at last, after 73 episodes, untold millions of dollars and an estimated 200,000 slayings, it is all over – bar the shouting on the internet. Death came to Game of Thrones and everyone involved in its making threw up their hands and shouted “Yes! Finally! Today!”

We began the finale with Tyrion wandering the ash-strewn ruins of King’s Landing, scene of Daenerys’ handbrake turn into full-blown lunacy last week, lifting fallen bricks and confirming for himself, and viewers still clinging to hope, that the Lannister twins were indeed deceased beneath them. Having the Imp cry “This is an ex-Lannister! If it wasn’t buried under rubble it would be pushing up daisies!” would have been only fractionally less subtle a way to confirm what we all needed confirming before we could get on with the true business of the day; deciding who gets the Iron Throne, who gets to die and who gets a spin-off series.

Daenerys was looking confident about her position, with a jaunty speech to her followers (“Blood of my blood! You have given me the Seven Kingdoms!”) and the speedy arrest of Tyrion for treason. Jon looks pained. Possibly because of the mindless destruction and mass murder carried out by his lover-aunt. Possibly because he’s trying to do a sum involving odd numbers in his head. Dear, sweet, useless Jon. People have berated the writers for many things over the show’s run, but they surely deserve some recognition for managing to sell Kit Harington as a convincing candidate for kingship.

Jon visits Tyrion in prison, where the Last Lannister tries – as Arya does just before – to convince Jon that as a fellow Targaryen with a claim to the throne, the woman atop the dragon might just attempt to do him harm in the near-future. “That’s her decision,” says Dumbo. “She is the queen.” Tyrion adds that she’ll probably go after Sansa and Arya, too, which seems to cause scales to fall from Jon’s eyes, and prompts just about the only bit of action in the finale.

In this generation’s Buffy/Angel moment, Jon kills Daenerys for the greater good. Drogon makes his feelings about this development clear by melting the Iron Throne with dragon fire and flying off with her corpse. “That’s no good!” shouts Jon after him. “T’throne’s just a symbol. Tha’s got a lot more work to do before tha can usher in an age of representative democracy!” No, he doesn’t. But the actual script doesn’t try much harder. After Jon is arrested offscreen by the Unsullied, the lords and ladies of Westeros convene to decide what must be done. They decide to … choose a ruler from among them. Just like that. Grey Worm, made Dany’s Commander of All War Things in the wake of her dragon nuking King’s Landing, makes no objection. No word on who gets to tell the Dothraki. Bagsy not me.

Samwell wonders whether the people should have a say in who gets to govern them. Oh, but the guffaws can be heard across the Narrow Sea! So that’s that possibility as dead as a White Walker run through with Valyrian steel.

Bran. Or Bran the Broken, as he is dubbed. Westeros is very ableist, as you might have suspected after the six seasons it took for anyone to cobble together a wheelchair for him. It’s a callback to the ancient figure of Bran the Builder, who raised The Wall, founded Winterfell and was the first King of the North, but still. Bran. Bloody Bran. He will rule over only six kingdoms, because Sansa declares the North will become independent once more. Which again, everyone seems fine with. Tyrion becomes Bran’s Hand but Grey Worm insists that Jon be punished by returning to the Night’s Watch. Fair does. Might as well look permanently pained somewhere; it makes sense. And he’ll never realise there’s no reason for the Night’s Watch to exist any more.

Arya is taking a gap year to go travelling “west of Westeros”, an unmapped region rumoured to contain the Mountains of Spin-Off Potential. Our last sight of the whole shebang is Jon setting off into the super-north with the Free Folk.

There’s no doubt this season has been a rushed business. It has wasted opportunities, squandered goodwill and failed to do justice to its characters or its actors. But the finale just about delivered. It was true to the series’ overall subject – war, and the pity of war – and, after doing a lot of wrong to several protagonists last week, did right by those left standing. Whether the million signatories to the petition to remake the entire final season, or the majority of the estimated 45 million around the world due to watch the last episode, will agree – who knows. When you play the Game of Thrones, you win or you die. Overall, I think, it won.

This review is inspired from The Guardian.

OnePlus 6T; Everything You Need to Know

Waze Carpool expands to the entire state of Washington

Worthwhile gadget upgrades for the tech-obsessed