Home Blockchain Who’s Going to Use the Big Bad Libra? 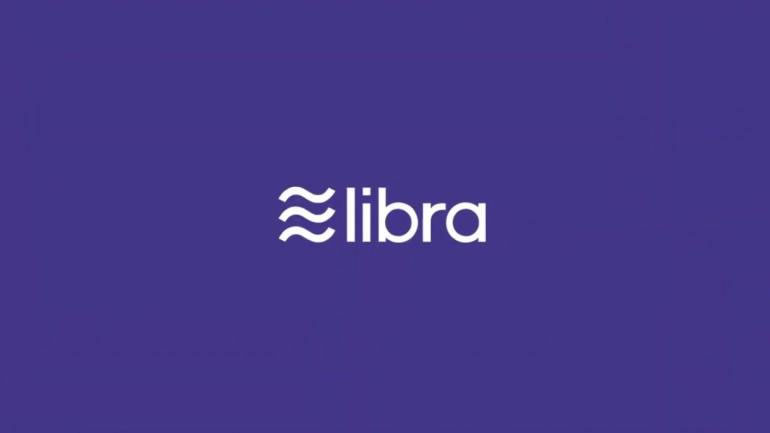 There is so much to write about Libra, and so much which has already been written misses the mark, mostly, I think, because most pundits haven’t spent much time in the developing world, which is very clearly the target market here. Just look at its launch video:

I’ve seen apocalyptic reactions warning of Libra ushering in a new dystopia: the alleged logic appears to be 1) Libra will immediately conquer the world 2) Libra comes from Facebook 3) Facebook is evil 4) it’s the end of the world! I am most baffled by that first postulate. If you’re a rich Westerner, there are already dozens of payment systems out there, most of which offer huge advantages compared to Libra, such as reversible/contestable transactions, frequent-flier miles, and credit lines.

I’ve seen dozens of technical and regulatory and political and high-level analyses of Libra, many of which are worthwhile, but so far, little has dwelt on its actual intended users, according to the white paper: the unbanked. That isn’t quite the category for whom Libra is something new, interesting, and important. But no one else seems to be talking about this. It’s strange to see this cornucopia of hotly argued reactions that go deep on pretty much everything but its actual users.

The white paper cites 1.7 billion people as “unbanked,” a number which is … questionable. Its source is the 2017 World Bank Global Findex database. “Aha,” you might think, “that sounds pretty definitive and recent,” and it does — but the same source also notes that 515 million people became “banked” between 2014 and 2017. By the time Libra actually launches, the “1.7 billion unbanked” might have dropped by fully half. Not because of banks: because of mobile money providers.

From its birth with M-Pesa in East Africa, mobile money has expanded massively worldwide. Orange Money in West Africa, Ovo in Indonesia, Paytm in India, and of course WeChat and Alipay in China: money on your phone is nothing at all new in most of the developing world.

This might make you think that Libra already has a legion of competitors who speak the local languages, understand the markets, and have pervasive distribution, just as in the rich world — but no. The whole point of Libra, after all, is that it’s not a local currency, but a global currency, which is both its competitive advantage and its Achilles heel. And its true market isn’t the unbanked per se; it’s people who might have a mobile money account, but no straightforward access to any global currency.

Why would that access matter? Because international remittances, transfers to the developing world from (usually) family members in the rich world, total half atrillion dollars a year, much of which is sent by slow, high-fee processors such as Western Union. The Libra whitepaper, accordingly, prominently cites “remittances” in its problem statement …

… but makes only a few handwavey mentions of exchanges. Why does that matter? Because remittances are indeed a huge market but as I’ve argued before, “yes, it’s great if you can send five thousand FaceCoin to your family in Ghana for an 0.1% fee. But then your family in Ghana has to somehow convert them to cedis at an exchange — a task which is, as of this writing, likely to be slower, much clumsier, far more user-hostile, and very possibly even more expensive than the usual medium(s) of remittances.”

“So what,” you might think, “doesn’t matter if the local businesses take Libra.” But a) it’s very hard to get every local business in a developing country to accept a new payment method b) eventually they too will have to pay exchange fees, in order to pay local taxes. (Before any dreamers suggest governments accept taxes in Libra and use it as a national currency, I assure you they won’t be eager to give up all control over their monetary supply.)

So for truly mass adoption, especially for business and institutional transactions, the exchange experience will be absolutely key. There’s a lot of competition in the remittance space, and they usually handle the actual currency exchange for you. It seems like Facebook is implicitly relying on the marketplace to provide highly competitive, liquid, effective, efficient, well-publicized Libra-to-local exchanges in every nation where it is used. Maybe. But that’s asking for a lot.

On the smaller scale, though — individuals and families — Libra makes a lot more sense. It won’t replace M-Pesa, but I don’t think it’s trying to. Instead Libra wants to be to mobile money what the US dollar is to the Kenyan shilling. Libra could become the global mobile reserve currency, maybe not for institutions, but for individuals. And on that level, exchanges are less important.

The US dollar is acceptable, and transferable, in small amounts almost everywhere around the world; there’s hardly a poor country where it doesn’t act as a de facto shadow currency. (I’ve been to places where taxi drivers are experts on the various different issuances of the US $20 because some are easier to counterfeit than others.) Furthermore, it’s often hoarded purely because it’s hard currency, unlike the local currency — consider Venezuela, or Zimbabwe, even Argentina.

I expect the same will be true of Libra. Individuals won’t need to open an account at any exchange; instead, they’ll follow the Local Bitcoins model, and just transfer Libra to a local moneychanger, who will receive their Libra and send back local currency in exchange for — hopefully — a very competitive fee.

If that happens, if Facebook’s sheer size and reach make that option near-universally available, then even if Libra doesn’t catch on in the rich world, or with businesses and institutions, then for the first time ever, individuals and families around the world will be able to receive, save, spend, and exchange a global hard currency, immediately, across borders, using only their phones, for fees (hopefully) drastically less than e.g. Western Union — without having to deal with the volatility, limited utility, and user-hostility of decentralized cryptocurrencies. That would be a huge deal and a great good thing.

It’s by no means guaranteed. Much about Libra remains uncertain. It will somehow have to crack the extremely tough nut of the identity problem. And while not technically part of Facebook, it still comes from Facebook, a company increasingly despised by politicians and regulators (and journalists), which is at least one strike against it from the beginning, and makes many people question the true motives behind Libra.

But let’s not throw the proverbial baby out with the bathwater. If Libra manages to succeed, at scale, it will be massively important and highly important to an enormous number of people around the world. Be skeptical, by all means. Be concerned about privacy. Ask pointed questions. Remain well aware that it is not a decentralized solution and may never be. I’m with you: I’m a well-documented harsh critic of Facebook myself.

But in your rush to outrage and condemnation — as righteous as those might feel — please don’t ignore Libra’s potential to do a whole lot of good for many millions of the world’s poorest and most vulnerable. Do you think a decentralized, permissionless, censorship-resistance version would be better? I agree! Call me when one is anywhere near as usable as Libra is likely to be.
This article is inspired by Techcrunch.