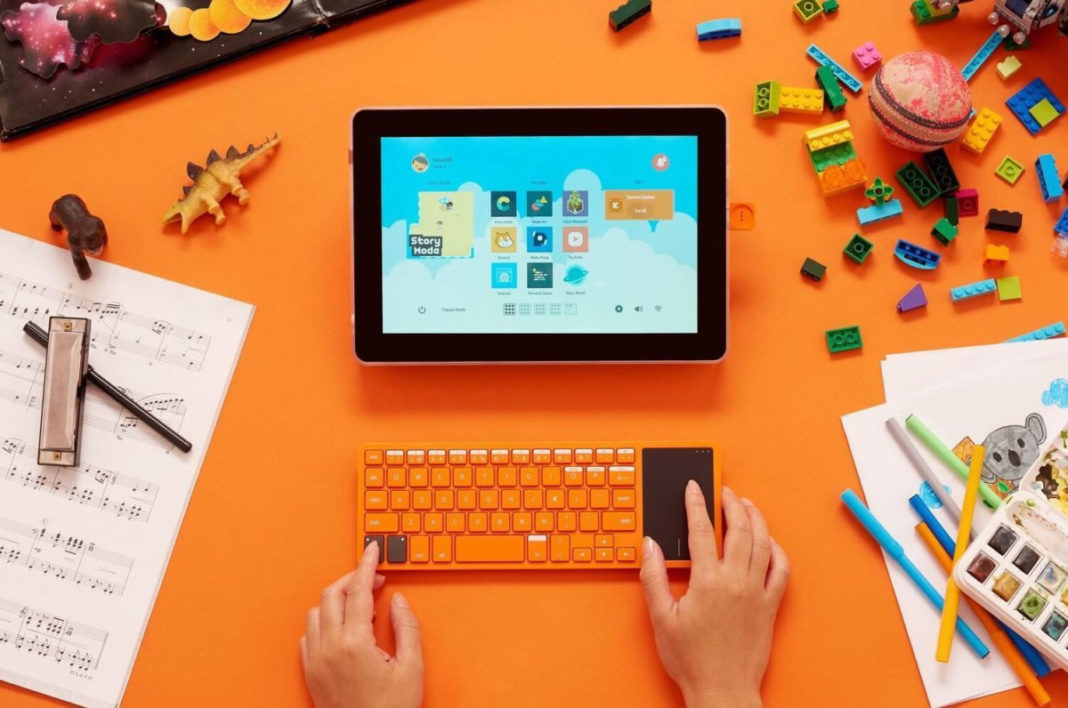 Kano, the London-based startup that builds hardware designed to teach younger people about computing and coding, is taking a significant step forward in its growth strategy today. The startup has inked a partnership with Microsoft that sees Kano launching the Kano PC, a new 11.6-inch touch-enabled, Intel Atom-powered computer, its first to run Windows — Windows 10 S specifically. As part of the deal, Microsoft is also making an investment of an undisclosed amount in Kano.

The shift to building a Windows-powered device is a significant one for Kano.

The startup first made its name with a popular Kickstarter campaign based around a device built using Raspberry Pi, speaking to the DIY ethos that has shaped it over the last several years.

Alex Klein, Kano’s founder, and CEO, said in an interview that while Kano will continue to support its Raspberry Pi-powered devices, it has yet to determine what its roadmap will be in terms of launching new hardware on this processor:

“The Raspberry Pi devices remain in the portfolio at good price points, but this machine is designed for a much broader age set. It’s a proper Windows PC” — Klein said, pointing to the Intel Atom x5-Z8350 Quad-core 1.44 GHz processor, the 4GB of memory, and 64GB of storage — “and a powerful machine for the price point.”

While the Kano line up to now has largely been used and tracked by 6-13 year-olds, Klein describes the Kano PC as a “K-12 device,” acknowledging that “branding might take more time to unfold” to connect with the younger and older ends of that range.

It will be doing so with an army of software now supplied by way of its Microsoft partnership:

Up to now, Kano’s traction with a core group of users — younger kids who are interested in computers and coding, as well as parents who want to encourage their kids to be interested in these — has led to it launching a number of other accessories to work with its basic computers. It’s also launched a clever tech toy that plays to its demographic: last year, it launched a Harry Potter magic wand that you could build yourself, program, and use. Klein hinted in the interview that we’re going to see more products of this kind coming soon from Kano.

The Microsoft deal will bring it a higher profile among a wider set of consumers beyond early adopters, and likely a new entry point into selling into educational environments, where Microsoft has been making a big push.

This is the second side of the deal that’s also interesting: Microsoft has a long history of selling software and hardware into educational environments and this — a different brand from the rest of the pack — will bring move diversity into the mix, with a brand designed specifically for younger people, rather than adult-focused brands that have been downsized in functionality (but possibly not in price) for children.

“We’re very excited to partner with Kano for the launch of the Kano PC. We align with Kano’s goal of making classroom experiences more inclusive for teachers and students, empowering them to build the future, not just imagine it,” said Anthony Salcito, VP of Education at Microsoft, in a statement.

Kano’s scrappy success up to now has also led to it raising some $50 million in funding from a list of backers that include Saul and Robin Klein (relatives of the founder Alex Klein), as well as Marc Benioff, Index Ventures, Breyer Capital, Troy Carter and a number of other investors. Klein said that it’s likely to be looking for another equity round in the near future, but declined to comment further on that.

What does leaving the EU’s Digital Single Market mean for UK startups?

Polyvore is shutting down after being acquired by fashion retailer Ssense