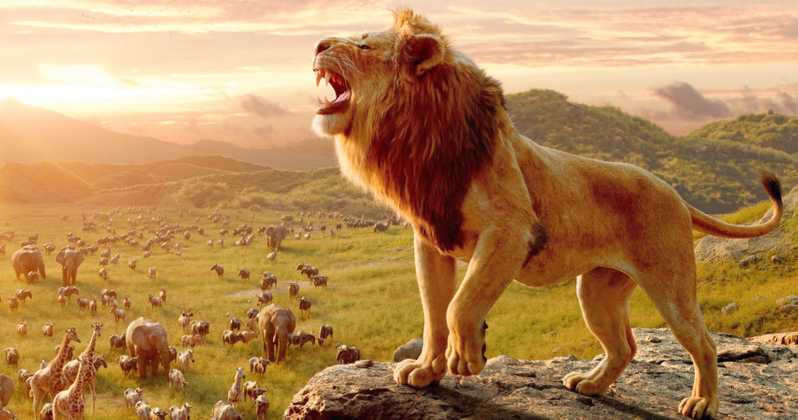 Disney’s money-spinning mission to recycle its animated back catalog with “live-action” remakes continues apace. In the past few years, we’ve had Tim Burton’s Alice in Wonderland and Dumbo, Kenneth Branagh’s Cinderella, Bill Condon’s Beauty, and the Beast Guy Ritchie’s Aladdin. The Lion King review – resplendent, Coming up are Niki Caro’s Mulan, Rob Marshall’s The Little Mermaid, and many, many more.

Although consistently profitable, the reason for these reboots’ existence remains questionable. Did Emma Watson make a better Belle than the drawn star of Disney’s 1991 animation just because she’s “real”? With this new (and peculiarly faithful) version of The Lion King, however, the question is not whether a “live-action” remake can improve on an animated classic. Rather, it’s what we should call an animated movie that eerily mimics reality while featuring no “live-action” whatsoever.

Anyone who’s enjoyed an effects-laden 21st-century superhero movie will know that entire sequences (and indeed characters) are effectively hi-tech animations. Iron Man director Jon Favreau’s 2016 remake of The Jungle Book was billed as part of Disney’s “live-action” slate, but beyond the figure of Neel Sethi’s Mowgli, almost nothing in the film was “live”. For The Lion King, which features no human characters, Favreau has simply taken things to their logical conclusion, using cutting-edge technology to create something that looks absolutely real while remaining absolutely unreal.

We open with a carnival of bewilderingly lifelike creatures (from “the crawling ant to the leaping antelope”), merrily gamboling through the Circle of Life. Remember that sense of wonder you felt seeing the majestic herds of dinosaurs for the first time in Jurassic Park? I got that same sensation gazing at these frolicking beasts, as they follow the familiar story of a young lion’s struggle to live up to his idolized father, wondering whether I should be applauding the animators or animal trainers. While Aslan in the Chronicles of Narnia movies may have shimmered with an air of digital artificiality a decade ago, Mufasa’s mane looks so natural you feel you could reach out and stroke it.

As for the savanna landscapes, their apparent tangibility seems perfectly suited to the phrase that echoes throughout The Lion King: “Everything the light touches”. It’s as if cinematographer Caleb Deschanel had physically ventured into another world, bathed in the honeydew glow of an everlasting “magic hour”. Equally well evoked are the haunting hues of the expedition to find the elephants’ graveyard, and the barren landscapes of the post-Mufasa pride lands, “heavy on the carcass”.

All these settings were designed within a game engine, then rendered as virtual environments through which a “camera crew” could move, mimicking the angles and imperfections of live-action shooting. The effect is impressive, lending an apparent human touch to a computer-generated world, creating the reassuringly physical illusion of happenstance.

There are problems with this format. It’s one thing seeing a cartoon lion sing, but watching photorealist recreations of animals speaking and bursting into song is altogether harder to swallow. As ever, the mouth movements are an issue, but the main stumbling block is conceptual rather than technical. Does photorealism actually serve such an inherently fantastical narrative? On stage, The Lion King became a huge hit because the theatrical techniques used to tell this sturdy story required the audience to use their imagination. There’s little space left for that kind of collaborative experience here, as every detail is filled in, down to the very last pixel.

In the voice cast, Donald Glover and Beyoncé Knowles-Carter make the roles of Simba and Nala their own, while John Oliver takes over from Rowan Atkinson as news-reading hornbill Zazu. Once again, Scar’s inherent wickedness is signaled not only by his lanky gait but by the fact that he’s played by a British actor with impressive Shakespearean credentials – Chiwetel Ejiofor giving Jeremy Irons a run for his money in the evil uncle stakes. Seth Rogen and Billy Eichner have fun as warthog Pumbaa and meerkat Timon, respectively, reminding us that Hakuna Matata is basically The Bare Necessities with bells on as they teach Simba to chill out and eat grubs, concluding that life is not a self-sustaining circle but a “meaningless line of indifference”. Meanwhile, original star James Earl Jones retains his title as Most Trusted Voice in the World in the role of Mufasa, delivering industrial-strength words of syrupy wisdom about our ancestors looking down from the sky.

New songs augment the old favorites, while Hans Zimmer’s score doesn’t so much rewrite the original as subtly reconfigure its architecture.

This review is inspired by The Guardian.

The Uberization of telcos

Sign up today: 2-for-1 Innovator passes to Disrupt Berlin