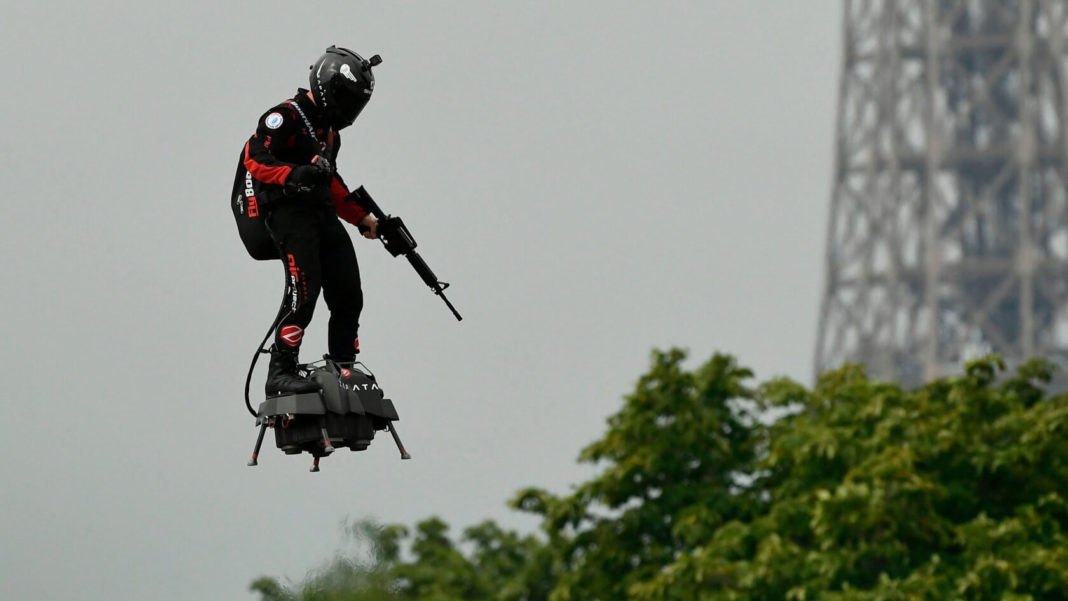 Following a failed attempt in July, French Hoverboard inventor Franky Zapata successfully crossed the Channel on top of a hoverboard this weekend. Starting his trek in Sangatte in northern France, the journey took 20 minutes, before landing in St. Margaret’s Bay, England.

“For the last five to six kilometers I just really enjoyed it,” Zapata told Reuters and other reporters, on landing near Dover. “Whether this is a historic event or not, I’m not the one to decide that, time will tell.”

Zapata, a former jet ski racer, developed the Flyboard Air some three years back. On July 14, Zapata took part in France’s Bastille Day military parade, riding the Air. That same month, he attempted the feat a first time, only to fall into the water when attempting to land on a boat-mounted platform in order to refuel.

He stopped again to refuel midway but did so without incident this time out. Three helicopters were along for the ride and a crowd of dozens of well-wishers was on hand to cheer him upon landing.

Billie, which wants to eliminate the “pink tax,” closes a $6M seed round for...

The red-hot AI hardware space gets even hotter with $56M for a startup called...