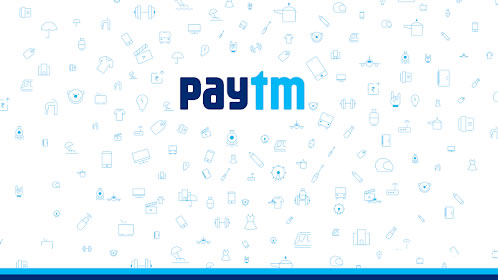 Running a payments business in India is not cheap. Just ask Paytm. One of India’s largest payment companies reported a net loss of Rs 3959 crore ($549 million) for the financial year that ended in March, up 165% over Rs 1490 crore ($206 million) in the same period last year.Paytm annual loss doubles to $549M.

Undeterred from losses, Paytm said it would invest $3 billion in its business in the next two years.

One97 Communications also runs an e-commerce business, which recently raised money from eBay, and Paytm Money, that runs mutual funds business. On a consolidated basis, the 9-year-old firm reported an annual loss of Rs 4217.20 crore ($584 million), up from Rs 1604.34 crore ($222 million) from the year before.

The loss should worry Paytm, whose CEO Vijay Shekhar Sharma said in a conference last week that the firm would begin to work ongoing public in the next 22 to 24 months. The level of competition that Paytm faces today is only about to increase in the coming future, and unlike earlier, the Indian firm is not facing off financially weaker local rivals.

Paytm, which has raised over $2 billion to date from a range of investors including SoftBank, Alibaba, and Berkshire Hathaway, continues to be the largest mobile wallet app provider in India, but increasingly users are moving to government-backed UPI payments infrastructure. In UPI land, Paytm competes with Flipkart’s PhonePe and Google Pay, both of which are heavily backed.

As of July, both PhonePe and Google  Pay commanded a bigger market share across UPI apps than Paytm.

Also in UPI land, you don’t make money on each transaction. So lately, every payments firm in India, including Paytm, has expanded its offering to include financial services such as a credit card, or loan, or insurance.

In many ways, this has created a level playing field for payment firms that did not dominate the wallet business.

In a statement, Paytm said it has been investing $1 billion per year for the last two years to “expand the payments ecosystem in our country.” The company plans to invest a further $3 billion in the next two years.

“We believe India is at the inflection point of digital payments and Paytm’s sole focus is towards solving the merchant payments and offering them financial services. We will invest Rs 20,000 crore ($2.7 billion) in the next two years towards achieving this,” a company spokesperson said.

The biggest challenge for Paytm and other UPI payment apps has yet to emerge. Before the end of this year, WhatsApp,  which has over 400 million users in India, plans to offer UPI payment options to all its years in the coming month.

Silexica, which optimises how disparate applications work together on autonomous cars, raises $18M