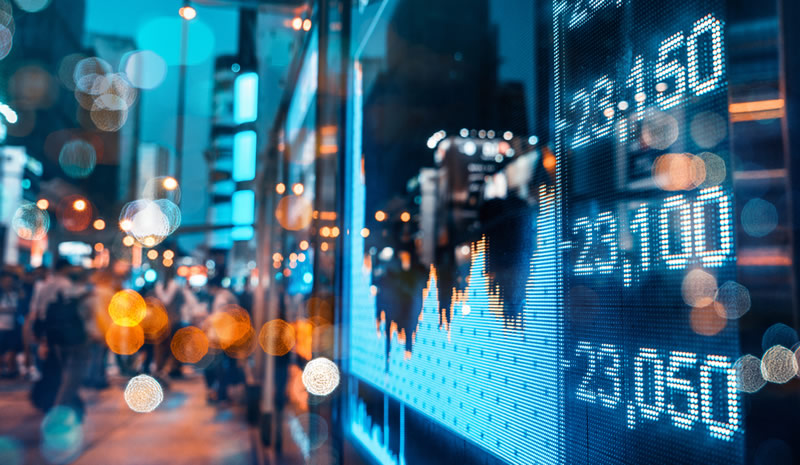 When stock trading first began, it involved in-person meetings every time. The first stock exchanges revolutionized this practice but still depended on direct human interaction – shouting and running and swapping huge amounts of paperwork. Only as computing technology advanced did that begin to change, and today’s markets would be unrecognizable to someone working in the industry 30 years ago. The scale of change that has taken place is greater than in almost any other industry. How did it all happen?

In times past, trades could only be made if the trader or a representative was physically present at a stock exchange. This effectively limited trading to a wealthy urban elite. The arrival of the internet and, subsequently, online brokers, meant that access was possible from anywhere with a decent connection speed so that almost overnight the number of active traders increased by hundreds of thousands. People in developing countries were able to trade for the first time and the volume of deals that were made increased massively.

The opening up of the markets to online traders saw the race to close a deal suddenly come to depend on the speed of computers and the communications infrastructure. Developments in connection quality, driven by the demands of the market, meant that the stock markets with the best infrastructure quickly became the most important, impacting the global balance of power. Forms of trading in which speed is of the essence became more prominent. Highly promising stocks began to sell out in mere minutes instead of hours. Human decision-makers came under more pressure to process information quickly.

The increased computing power involved in trading also means that it’s now possible to trade in much smaller fractions than was possible before. As this Hotforex review makes clear, some brokers have taken advantage of this by offering leverage to clients interested in trading in very small increments in the foreign exchange markets. As a consequence, forex is now a massive industry worldwide, and its impact on the economies of some smaller nations has, in turn, affected the stock and property markets.

In the past, traders rarely interacted outside their companies, with the market dominated by paranoia about the leaking of information. This made them vulnerable to scammers who could operate without their methods becoming public knowledge, and it made it difficult for newcomers who could not find company jobs to learn the ropes. Internet trading has completely changed this. Now the online social spaces developing around trading make it possible for traders to give one another advice and even share tips with non-competitors. As a result, the industry has become much friendlier.

All these changes demonstrate one thing: there will be many more to come. As the speed of trading pushes beyond what human brains can cope with, artificial intelligence is increasingly coming into play, while the spread of communication technologies means people from very different cultural backgrounds are introducing different ideas to the markets. The future is coming fast and traders will need to pay close attention to keep up.