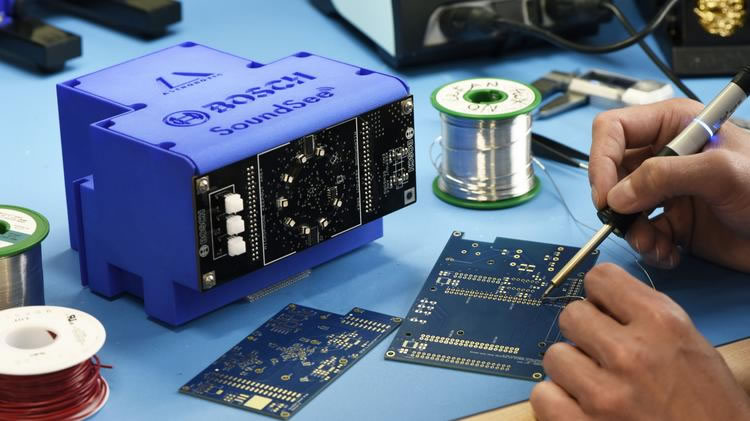 Bosch is set to launch a new AI-based sensor system to the International Space Station that could change the way astronauts and ground crew monitor the ISS’s continued healthy operation. The so-called “SoundSee” module will be roughly the size of a lunch box and will make its way to the ISS via Northrop Grumman’s forthcoming CRS-12 resupply mission, which is currently set for a November 2 launch.

The SoundSee module combines microphones with machine learning to perform analysis of sounds it picks up from the station, which it can use to effectively establish a healthy baseline, and then continually use new audio data to compare in order to get advance notice of potential mechanical issues via changes that could signal problems.

SoundSee will be mobile via installation on Astrobee, an autonomous floating cube-shaped robot that took its first totally self-guided flight in reduced gravity in June this year. Astrobee’s roving role is a perfect way for Bosch’s SoundSee tech, which is developed in partnership with Astrobotic and NASA, to work on and develop its autonomous sensing tech, which it will eventually use to provide info about how systems are currently performing on the ISS, and when specific systems might need maintenance or repairs — ideally before it becomes an issue.

As with other things that Astrobee is designed to help with, SoundSee’s ultimate aim is to automate things that the astronaut crew of the ISS currently have to do manually. Already, SoundSee has been undergoing extensive ground testing here on Earth in a simulated environment similar to what it will experience on the ISS, but once in space, it’ll face the real test of its intended use scenario.