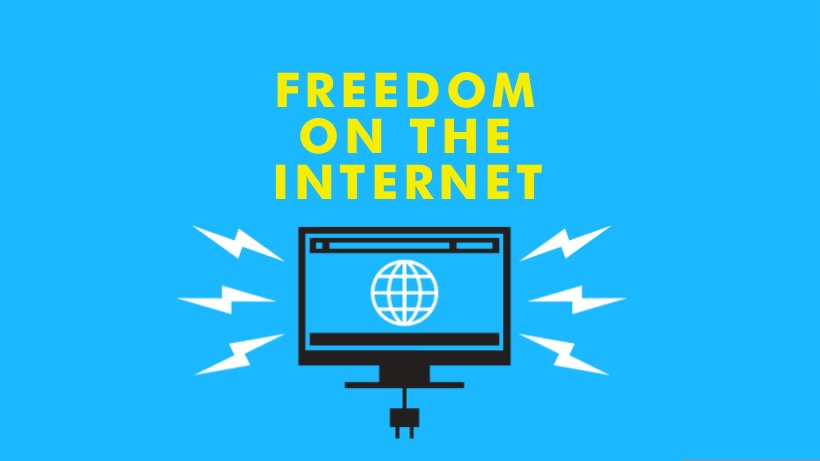 A rise in social media surveillance, warrantless searches of travelers’ devices at the border, and the continued spread of disinformation are among the reasons why the U.S. has declined in internet freedom rankings, according to a leading non-profit watchdog.

Although Freedom House said that the U.S. enjoys some of the greatest internet freedoms in the world, its placement in the worldwide rankings declined for the third year in a row. Last year’s single-point drop was blamed on the repeal of net neutrality.

Iceland and Estonia remained at the top of the charts, according to the rankings, with China and Iran ranking with the least free internet.

The report said that digital platforms, including social media, have emerged as the “new battleground” for democracy, where governments would traditionally use censorship and site-blocking technologies. State and partisan actors have used disinformation and propaganda to distort facts and opinions during elections in dozens of countries over the past year, including the 2018 U.S. midterm elections and the 2019 European Parliament elections.

“Many governments are finding that on social media, propaganda works better than censorship,” said Mike Abramowitz, president of Freedom House.

Disinformation — or “fake news” as described by some — has become a major headache for both governments and private industry. As the spread of deliberately misleading and false information has become more prevalent, lawmakers have threatened to step in to legislate against the problem.

“Law enforcement and immigration agencies expanded their surveillance of the public, eschewing oversight, transparency, and accountability mechanisms that might restrain their actions,” the report said.

The encroachment on personal privacy, such as the warrantless searching of travelers’ phones without court-approved warrants, also contributed to the U.S.’ decline.

Several stories in the last year revealed how border authorities would deny entry to travelers for the content of social media posts made by other people, following changes to rules that compelled visa holders to disclose their social media handles at the border.

“The future of internet freedom rests on our ability to fix social media,” said Adrian Shahbaz, the non-profit’s research director for technology and democracy.

Given that most social media platforms are based in the U.S., Shahbaz said the U.S. has to be a “leader” in promoting transparency and accountability.

“This is the only way to stop the internet from becoming a Trojan horse for tyranny and oppression,” he said.