Home Entertainment Movie Reviews Netflix’s Messiah season 2, Will there be one?

Described as a “provocative and suspenseful thriller that explores the power of influence and belief in the social media age”, the show tells the story of a CIA officer who uncovers information about a man gaining international attention through acts of public disruption.

As she begins an investigation into his origins, the man continues to cultivate followers who allege he’s performing miracles, and the global media become increasingly beguiled by the charismatic figure.

The show has proven controversial – not least because one of the lead character’s names spoils a major plot point if you speak Arabic – but has been met with a warm response from both audiences and critics alike.

What happened at the end of Season 1?

*WARNING: Spoilers ahead for Messiah Season 1*

Let’s get the ‘big’ spoiler out of the way first, shall we?

Arabic speakers had the plot twist of Messiah ruined by the name of its main character, with fans revealing that a major spoiler is hiding in plain sight in the protagonist’s name.

The lead character – played by Mehdi Dehbi – is called “Al-Masih”, which as Muslims quickly pointed out online, is the Islamic equivalent to the anti-Christ.

Al-Masih ad-Dajjal translates to “the false messiah, liar, the deceiver” in Arabic.

To the incredulity of many Muslims, Netflix shared the trailer for the anticipated show with the caption: “Who do you think he is?”

Will there be a Season 2 of Messiah?

At the time of writing, it’s not been confirmed whether or not there will be another series of Messiahs.

That’s common practice for Netflix though, and the streaming service often waits a month or so after a series’ debut to ague viewing figures and general interest in the show, before making a decision on whether to commission new episodes.

Of course, without the confirmation of a second season’s existence, it’s hard to say when we might get to see the next installment of Al-Masih’s story on our screens.

But we can speculate, and were Netflix to go ahead with Season 2, it’s likely that it would be added to the service at some point in 2021, maybe summer or autumn. 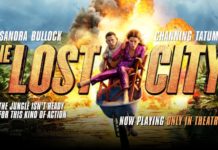 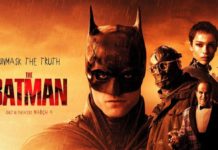 The UDOO BOLT is a powerful computer on a tiny board