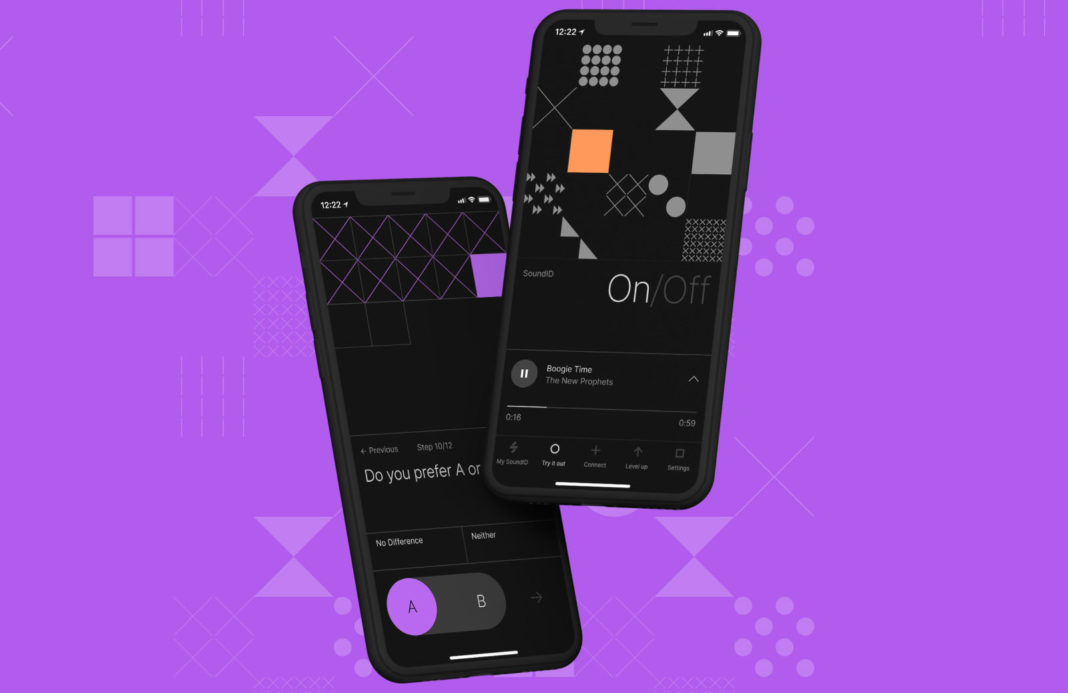 Sonarworks has been helping people improve the audio from its headphones since 2018. The company’s True-Fi app is loaded with more than 300 headphone-sound profiles that tune the model you’re wearing so it’s closer to what the producer heard in the studio. Sonarworks built its reputation by creating calibration software for studio monitors and headphones, so it knows a thing or two about audio correction. Despite offering some customization options on top of the profiles, the company admits that True-Fi never took off, so it went back to the drawing board and created SoundID.

The basic idea behind SoundID is “perfect is personal.” Your perfect sound might be something I think could be improved, and vice versa. This new app is built on the same basic premise as True-Fi, but it’s a lot more user-friendly and the interface is simplified. Like True-Fi, you begin using SoundID by selecting the model of headphones you’re wearing. You then take a quick hearing test where you select between two tracks to determine which one you think sounds better. Based on an analysis of your responses using machine learning, SoundID creates an audio profile.

EQ curves and other audio interfaces that might be intimidating to some users are gone. Sonarworks has replaced them with a grid or pattern of squares. And each pattern is unique to the user. What’s more, the company’s application of the sound “improvement” isn’t as intense as I experienced with Dirac’s “digital audio solution” this week. Dirac’s software dramatically boosted the bass with some genres to the point of almost being unpleasant. Sonarworks takes a much more restrained approach. You can still tell the difference, and the sound is certainly improved. But the tweaks are more noticeable in things like clarity and presence instead of a huge difference in the overall EQ tuning — even though SoundID is adjusting that too. Songs that sound compressed and muted on cheap Sony headphones have a lot more depth when SoundID is activated.

The SoundID beta is available now for Android and iOS. The full launch is expected in Q2.

Comcast closing in on plan to challenge Disney’s Fox bid

VCs like what they are hearing out of the podcasting sector