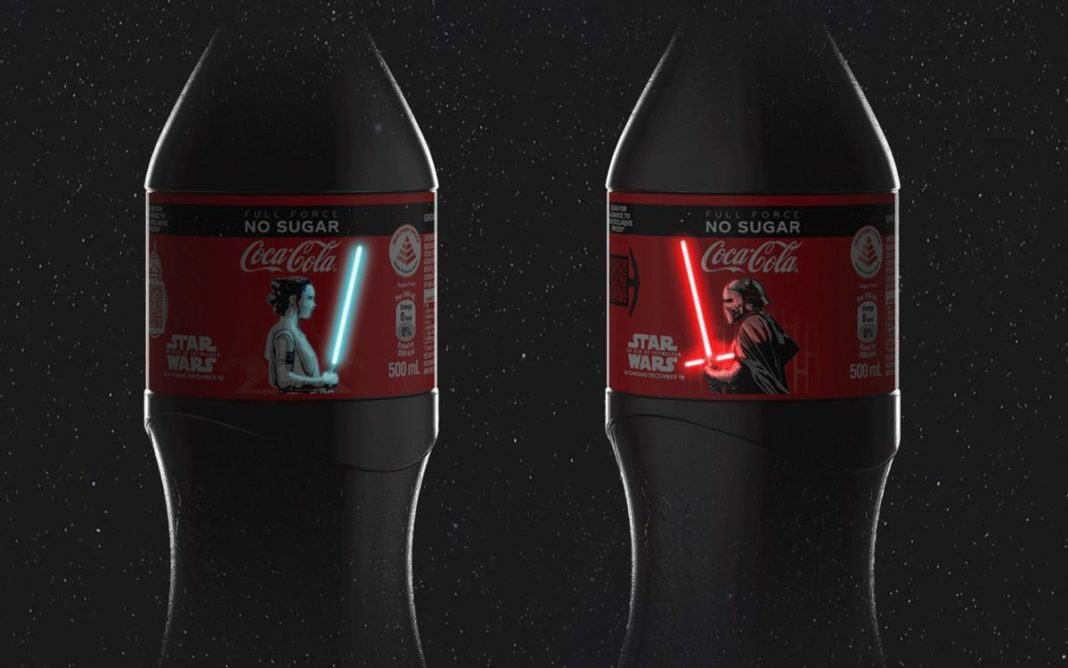 The final installment in the latest Star Wars trilogy is about to launch later this month, and as expected, the marketing machine is going into a frenzy where we’re seeing all kinds of advertising and merchandise being produced for it. However, one of the coolest merch that we’ve seen lately comes from Coca-Cola.

The company has produced a limited number of specially-designed Coca-Cola bottles that feature OLEDs built into them. As you can see in the image above (and the video below), the OLEDs are used to light up the lightsabers wielded by two of the movie’s main characters: Rey and Kylo Ren.

Developed by a Berlin-based company called Inuru, these limited edition Coca-Cola bottles come with a smart label where they feature a built-in printed battery and also diodes that when touched, will complete the circuit which in turn will light up the OLEDs, causing the lightsabers to glow.

For those worried about the environmental impact, apparently, these diodes are “eco-friendly” due to the fact that they are made without the use of rare earth materials. Each battery is said to be capable of sustaining about 500 activations, so you probably don’t want to play around with it too much.

That being said, the downside is that only 8,000 of these bottles are being produced and that they will only be available in Singapore from the 6th to the 22nd of December, so if don’t live in the country, you might be out of luck.

Dubai’s Abraaj said to be cutting 15% of workforce