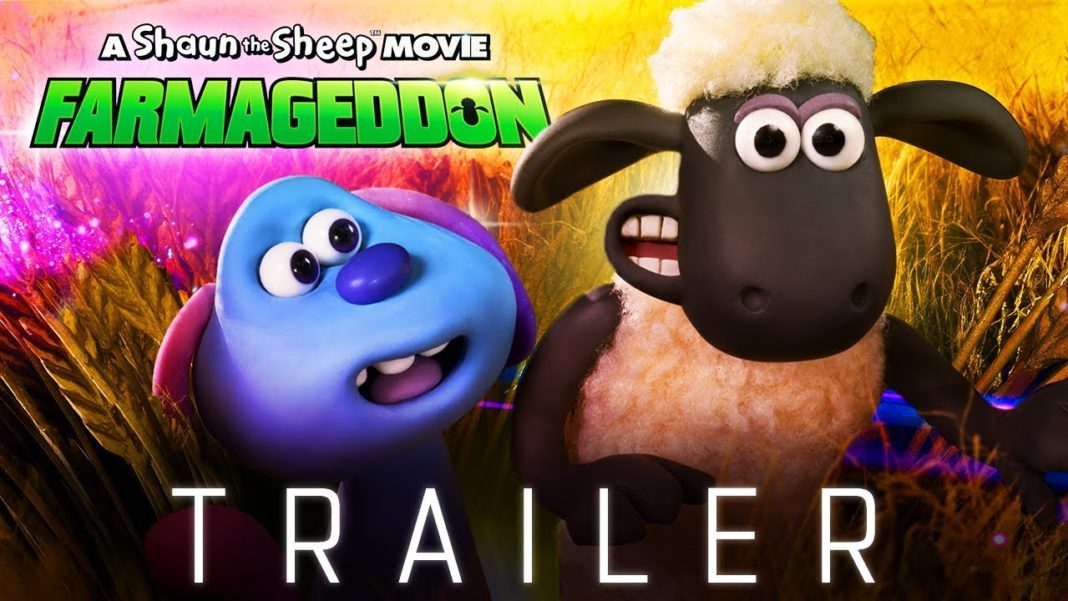 We’ve got the release date for the acquired new Netflix Original movie A Shaun the Sheep Movie: Farmageddon, and it’s coming to Netflix in the United States, Canada, and Latin America in February 2020.

Firstly, let’s go over what the movie is about and who Shaun the Sheep is in case you didn’t already know.

Produced by Aardman (the production studio behind Chicken Run, Wallace and Gromit, and the upcoming Robin Robin for Netflix) Shaun the Sheep is a spin-off character from Wallace and Gromit. It saw five seasons released under the main show and a couple of TV specials too.

Farmageddon is the follow-up to the 2015 movie. Shaun the Sheep Movie: Farmageddon is currently scheduled to release on Netflix on February 14th, 2020, alongside a big slate of other Netflix Originals. We first learned Netflix would be carrying the movie back in November 2020.

Farmageddon will also be in select theaters in the United States too. We’re going to hopefully put together a list of theaters showing the film (similar to how we did for The Irishman).

The movie is directed by Richard Phelan & Will Becher and written by Mark Burton and Jon Brown.

Why isn’t Shaun the Sheep Movie: Farmageddon coming to Netflix outside of the US?

Netflix only got the license to stream the movie (so far) in the United States and Latin America.

You can catch the movie in cinemas in countries outside of the US and Latin America, but StudioCanal will decide where streaming rights go. However, in our experience, Netflix tries to get streaming rights as soon as they come available. That would mean it’d arrive on Netflix by the end of 2020.

Why it’s getting a theatrical release is likely to qualify it for the coveted award shows where the title would fall under the animation category.

Messenger Kids no longer requires the kids’ parents to be friends, too